One play all non-Celtic fans should be scared of 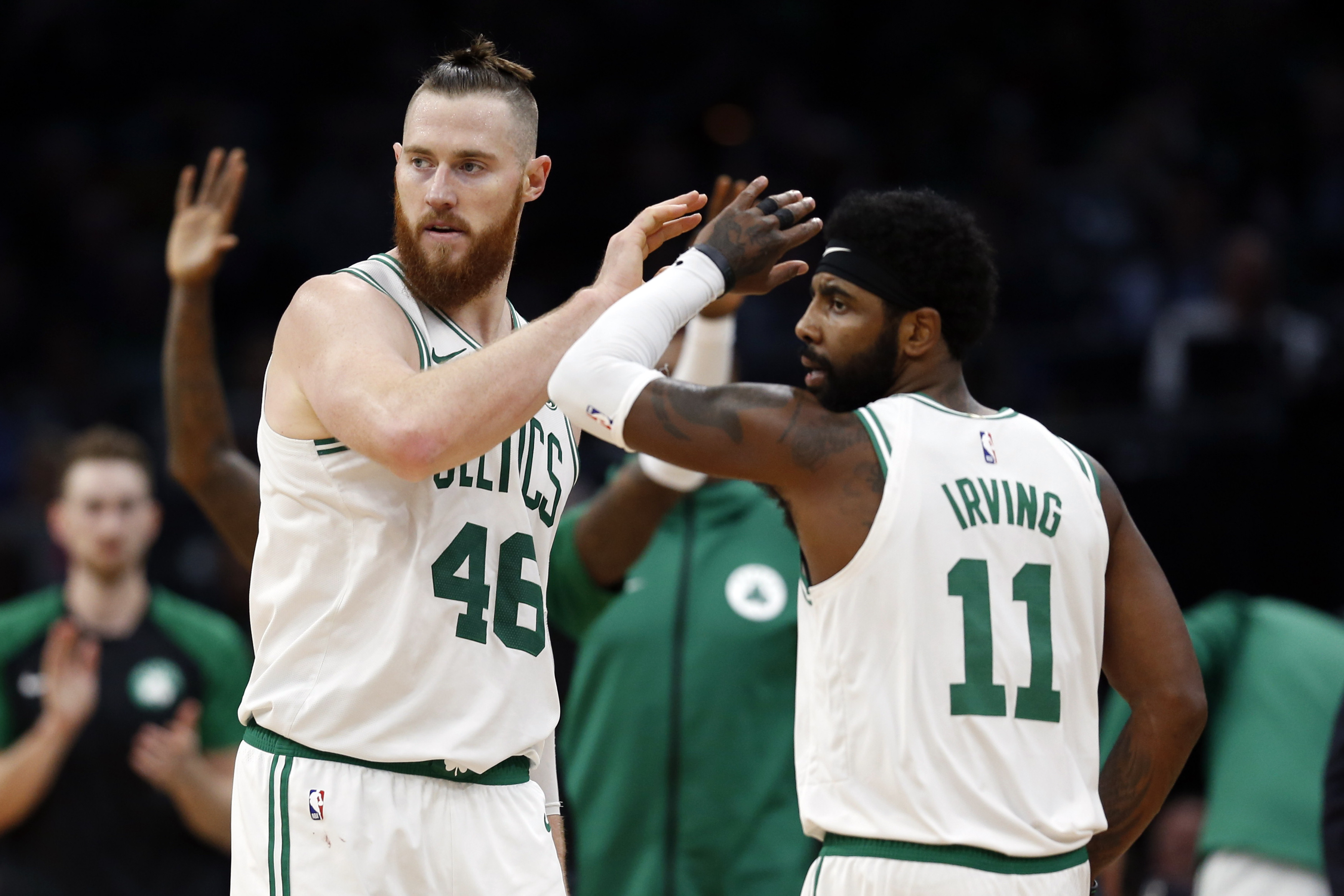 One play all non-Celtic fans should be scared of

If you didn’t watch the Celtics/Raptors game last night then you are a fartface who deserves to be grounded for a week.

Sorry. That was my adrenaline from last night’s game talking, not the two cups of coffee I had this morning.

The Cs looked great in the first half of last night’s game, but waned in the second half. They missed the same mid-range jumpers they were hitting in the first two quarters. Their effort on the glass fell back to Earth and they should not have gotten so switch-happy when defending Kawhi (Jaylen Brown did a great job, let that man do his thing!)

Yet, one tiny nugget of NBA goodness stood out to me. One play. One brief moment that makes you say, “Oh, if they nail down this set, then they could have something dangerous here.”

So, what is the set I’m talking about?

1. Al Horford: Passing big man extraordinaire who can roll for lobs or pop for treys.

2. Kyrie Irving: Goes by “Uncle Drew,” one of the best at-rim finishers in the game, sniper.

Brad Stevens waited until the second quarter to break out this bad boy. But do not be fooled, the Celtics have been working variations of this play for a while now. So, what happened?

1. The pass: In most horns sets, the ballhandler uses the high screener for a pick and roll. Not today. Kyrie places a nice, high pass to Horford on the right elbow.

2. The movement: After the pass, Kyrie cuts left to use another high screen from Hayward, this time on the left elbow.

3. The fake: Except, Kyrie does not really use this screen, because Hayward never sets it. Hayward feigns the screen and cuts to the right block instead.

4. The result: The tall Horford simply passes over his defender to get Hayward the ball down low. Hayward makes a quick pivot and spins away for an 8-foot jumper over Kawhi. Boom.

Why is this so special?

This trio of personnel is more than incredibly talented, they are incredibly multifaceted.

Horford can pop to shoot threes, or roll for a lob to the hoop. Either way, Serge Ibaka must stay draped over him. This opens up the floor. Horford is also one of, if not the best, passing big man in the game. In this play, he can be used as the screener, scorer, or passer, making him a triple threat.

Irving is one of the most underrated players in the League when moving off the ball. Last season, Irving finished in the 81st percentile for off-ball movement, scoring 1.15 Points Per Possession (PPP.) Given his deep range, Irving must be stuck to defensively as well.

Hayward is the key, however. In his last full season (2016-17) Hayward finished better than both Lebron and KD in field goal percentage in the post. During that same year he shot 39 percent on catch and shoot 3-pointers, making his popability a threat. What is most special, though is Hayward’s ability to cut.

During the 2016-17 season, Hayward finished in the 84th percentile on cuts. He scored a stupidly efficient 1.44 PPP during that time as well. The dude can kill you in several ways when involved in these types of sets.

What will we see going forward?

During last year’s preseason, we saw some of this action being tested out. This horns set started the same way. Irving begins by passing to Horford at the elbow. Then he cuts left, but this time Hayward does not fake a screen. Instead, he comes to get a dribble handoff (DHO) from Horford.

Hayward drives then kicks the ball back out to Horford, who popped. Horford, being the brilliant facilitator he is, finds Kyrie in a gap down low, and Kyrie drains the jumper. Watch below.

In this next clip, the trio involved is Hayward, Terry Rozier and Aron Baynes. Use your imagination to swap Irving for Rozier and Horford for Baynes.

This time, Hayward gets the give. Rozier, in the role of Irving, cuts to the hoop after he makes the pass to Hayward. Next, Baynes screens for Hayward and rolls to the hoop. By doing this, Baynes sucks the defense towards the rim, and allows Hayward to drain an easy pull up J.

We’re only two games into the season, but Hayward has looked lethal on his pull ups. And guess what? Last season, Irving scored a wild 1.58 PPP on cuts, which placed him in the 95th percentile. Oh, and Horford shot 41 percent on catch and shoot triples last year.

So, what’s the ultimate point I am trying to get across? The Celtics will use this play to peak effectiveness because each variety of it results in a high percentage shot. Maybe it will be Hayward taking a pull up. Or Kyrie cutting to the hoop. Or Horford pops for a 3-pointer.

Regardless, NBA defenses should start planning for this play now, because it will only get better with practice.