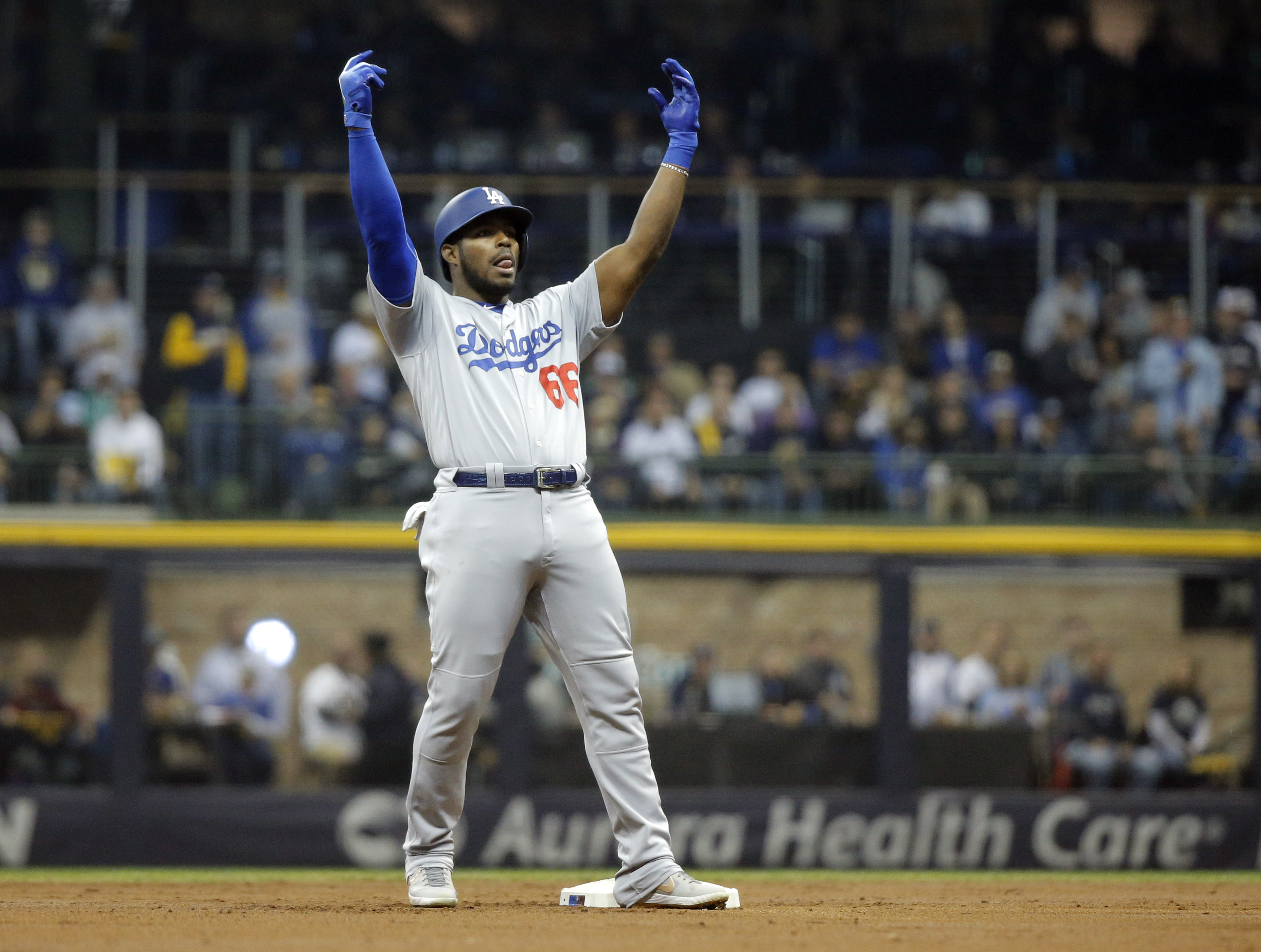 Dodgers slugger Yasiel Puig got the start in Game 7 of the NLCS on Saturday night, and manager Dave Roberts’ decision to put him in the lineup proved to be a wise one.

Puig hit a double in the second inning of the game, but he wasn’t done — not by any stretch.

He saved his best plate appearance for when the team needed him most, as the Dodgers were clinging to a 2-1 lead in the fifth inning, with runners on second and third, but two outs. A base hit could’ve potentially scored both players, but Puig did even better.

Brewers reliever Jeremy Jeffress was operating with a 1-1 count, when he elected to roll with a knuckle curve — a pitch he used quite often in Game 6. Puig was ready for it, and he crushed a home run to center, giving the Dodgers a 5-1 lead.

That poor, poor ⚾. Puig's big fly has the #Dodgers 12 outs away from a trip to Boston.pic.twitter.com/leingXRDqs

The celebration that followed was just as good as the swing. Puig is always entertaining to watch.