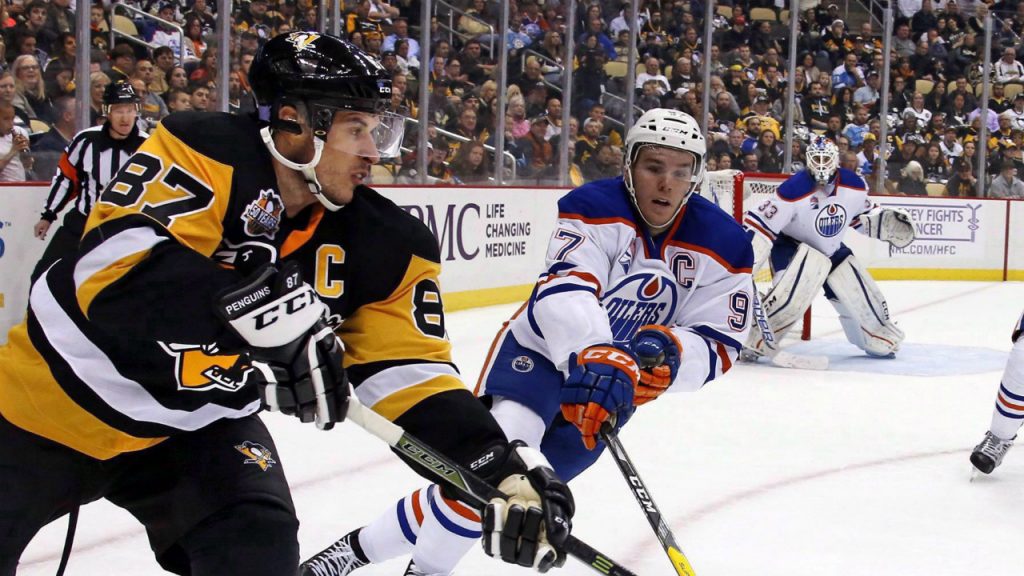 Connor vs Sidney. The matchup that the masses want to watch again is upon us tonight as the Penguins travel to Rogers Place to take on the Oilers. The orange and blue are looking to battle back after a 2-0 loss on Saturday night to the Predators while the Pens are looking to win their 2nd straight as they begin their Western Canadian swing.

For the Oilers, getting to Matt Murray and getting something from beyond the first line going offensively has to happen if they want to skate off Rogers Place ice with two points.

For Pittsburgh, they’ve been a middle of the pack team to start the year yearly as they sit fourth in the Metropolitan Division with Evgeni Malkin leading the way scoring wise with 12 points.

If you ignore Phillip Joseph Kessel Jr he’ll burn you. #81 has six points in his last four games and is 2nd among forwards in shots on net for the Penguins. Kessel’s is also speed is something that still absolutely amazes me and if not kept in check it will certainly be a long night for the Oilers blueliners.

For the Oilers, I’m truly curious about seeing Cooper Marody’s NHL debut if he does check in tonight. Marody a 2015 draft pick of the Flyers had a scoring knack in the NCAA with 51 points in 40 games at the University of Michigan in 2017-18 and for the Condors, he’s put up six points in five games in the AHL while centering a line with Tyler Benson and Cam Hebig as young Alex pointed out.

He may not be ready for the full time jump to the NHL but it could soon be in his future if he impresses the right people tonight.

I know NHL on NBC’s brand is built mainly around the “Wednesday Night Hockey” games with the real exceptions being the All-Star Game and outdoor games but how cool would it have been if both Oilers and Penguins matchups were aired nationally in the US? A matchup of an Eastern powerhouse and a team with the most electrifying 21-year-old in the game should get more than one chance per year to be in front of viewers in both countries of the NHL.

The scoring is on display tonight in this one but the Oilers scoring beyond Mr McDavid finally wakes up to the tune of a 5-3 win. Jujhar Khiara’s first two of the season in this one with Rieder, Draisaitl, and Klefbom collecting the others.