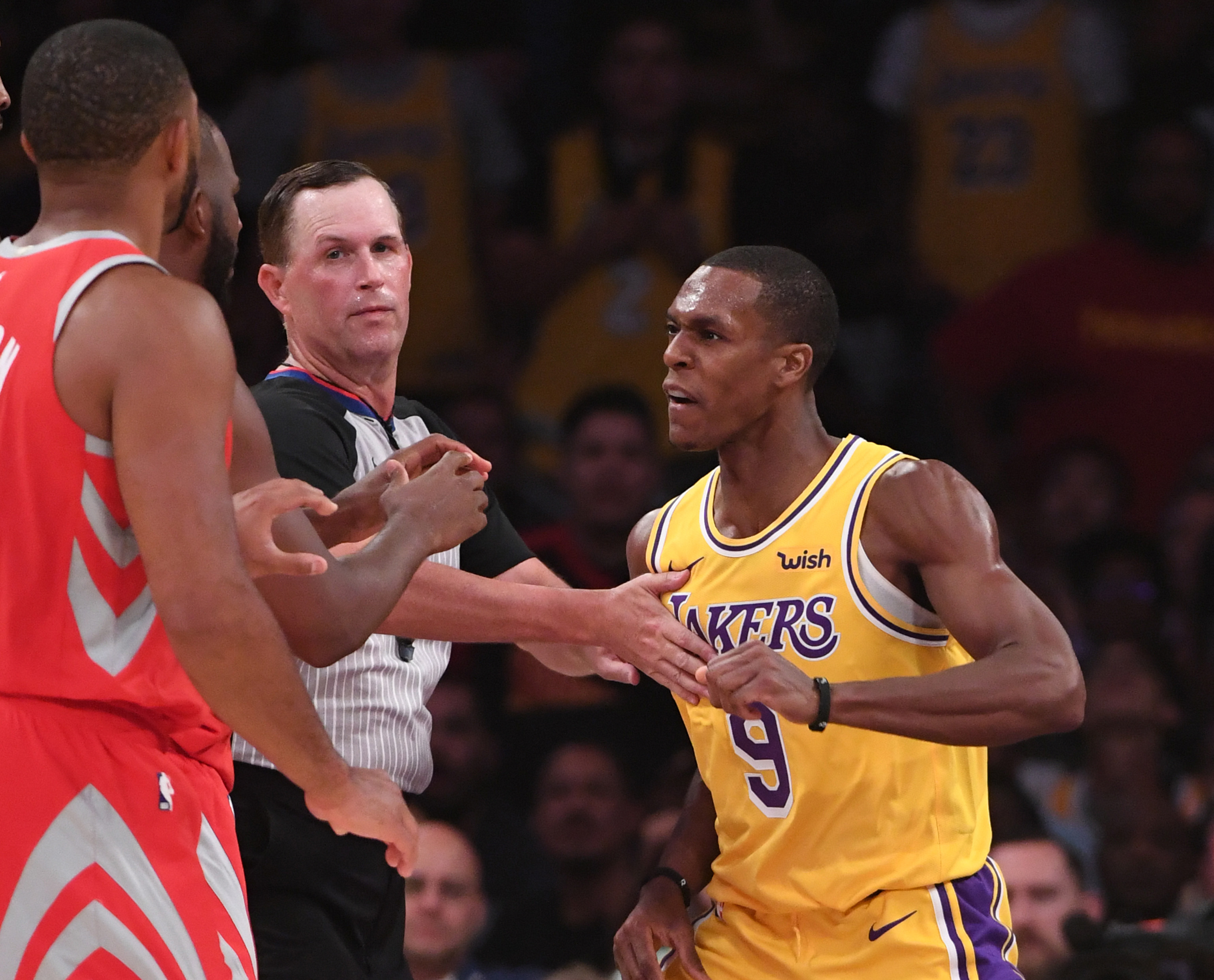 In the days that have followed the fight with Chris Paul during Saturday’s game against the Houston Rockets, there had yet to be a response from Los Angeles Lakers point guard Rajon Rondo.

The 32-year-old finally weighed in on the matter on Tuesday afternoon where he voiced that he didn’t spit on Paul while also bashing the type of teammate that the fellow former All-Star point guard has been throughout his career, according to ESPN.

“Of course, the NBA went with his side because I got three games and he got two,” Rondo told ESPN. “Everyone wants to believe Chris Paul is a good guy. They don’t know he’s a horrible teammate. They don’t know how he treats people. Look at what he did last year when he was in L.A.; trying to get to the Clippers’ locker room. They don’t want to believe he’s capable of taunting and igniting an incident.

“… He comes out and says I spit and the media sides with that.”

There is certainly plenty of harsh feelings toward Paul from Rondo that is deep-rooted that extends far beyond just their situation that occurred last Saturday night. This has seen the two have disdain toward each over the last decade.

This stems all the way back when Rondo was with the Boston Celtics while Paul was a member of the then-New Orleans Hornets. Nonetheless, it doesn’t appear that this changes things between them, but rather add more fuel to the fire to the matchup between the two on the court that should bring more attention to the next they matchup down the road this season. The Lakers and Rockets face each other next on Dec. 13 in Houston.

Rondo will be able to return to the team on Saturday night on the road against the San Antonio Spurs.