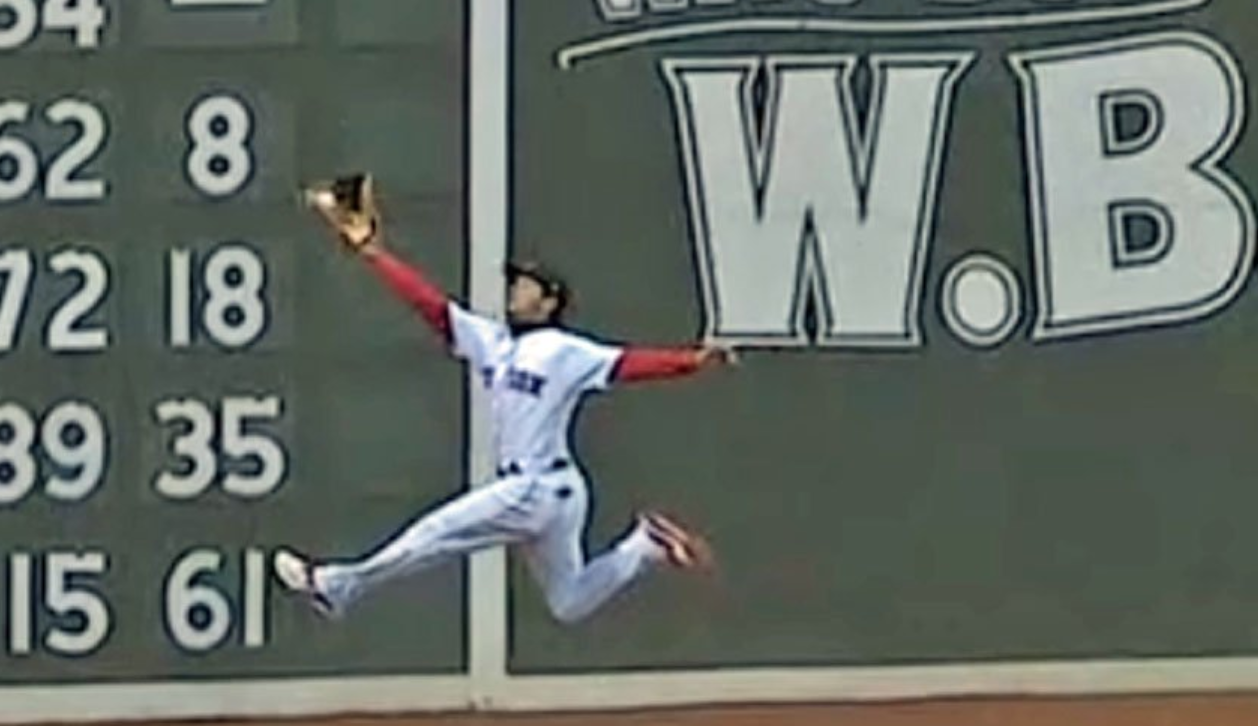 Most athletes try their best not to become a meme during games, but Red Sox outfielder Andrew Benintendi actually managed to put himself on a poster — in a good way — on Wednesday night.

Benintendi, who has been known for his stellar defensive play and highlight-reel catches, made a sensational leaping grab to help prevent the Dodgers from adding to their 2-1 lead in the top of the fifth inning. Check out this snag he made on the run at the wall in Fenway Park — robbing Brian Dozier of at least a double at the warning track.

Andrew Benintendi with the 🔥 grab! pic.twitter.com/3VLU4wlUv4

That sweet catch resulted in some Twitter memes being produced.

If Andrew Benintendi ever gets his own sneaker line, this is the logo #WorldSeries pic.twitter.com/V5Ua0HpROU

not only he robbed a hit, but Benintendi struck a perfect pose for a photo, which is a bonus pic.twitter.com/TqGQoPt9D7

The Sox went on to score three runs in the bottom of the inning, paving the way for a 4-2 victory, so Benny’s catch proved to be a potential gamesaver/gamechanger.