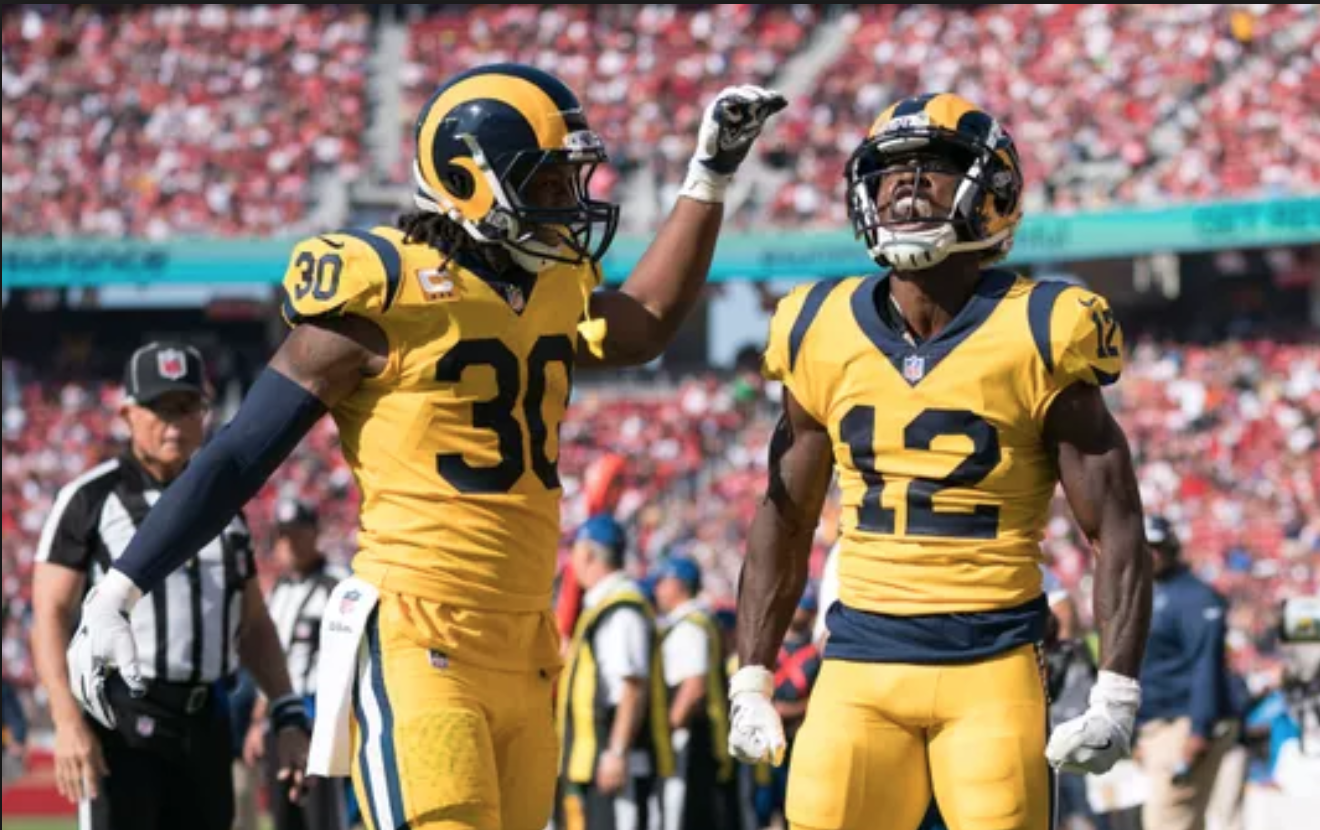 The undefeated (7-0) Rams are the NFL’s only unbeaten team, and it’s starting to look like they won’t even be challenged until they square off against the (6-1) Chiefs in Mexico City on Nov. 19.

Los Angeles’ defense fields a group of experienced veterans, with Pro Bowlers and All Pro studs at each level. The defensive front gets after opposing quarterbacks with vaunted pass-rushers Aaron Donald and Ndamukong Suh, and the linebacker corps can both make tackles in space but also make plays in coverage. And the back end is just as stacked, as the secondary fields stud cornerbacks Marcus Peters and Aqib Talib, as well as former Alabama standout safety Mark Barron.

But it’s the offense that is performing at ridiculous levels, helping the team blow out its opponents.

The Rams rank third in points scored per game (33.6) — as this great stat-based article points out — and second in yards per game (445.3). The key to its effectiveness is the balance, as running back Todd Gurley is an MVP candidate, and is enjoying the best season of his career. He rarely ever goes down on first contact, and has the breakaway speed to bust big runs whenever he touches the ball. Quarterback Jared Goff is slinging it all over the field, as he has a number of receivers to throw to that line up all over the formation, which is how the Rams create such big mismatches for yards after catch. Head coach Sean McVay is a brilliant playcaller and innovator, who keeps opposing defenses guessing.

The Rams offense is already beginning to draw comparisons to some of the best in NFL history, such as the 2007 Patriots, and they deserve all the high praise they’re getting.