Red Sox do not need to panic over J.D Martinez 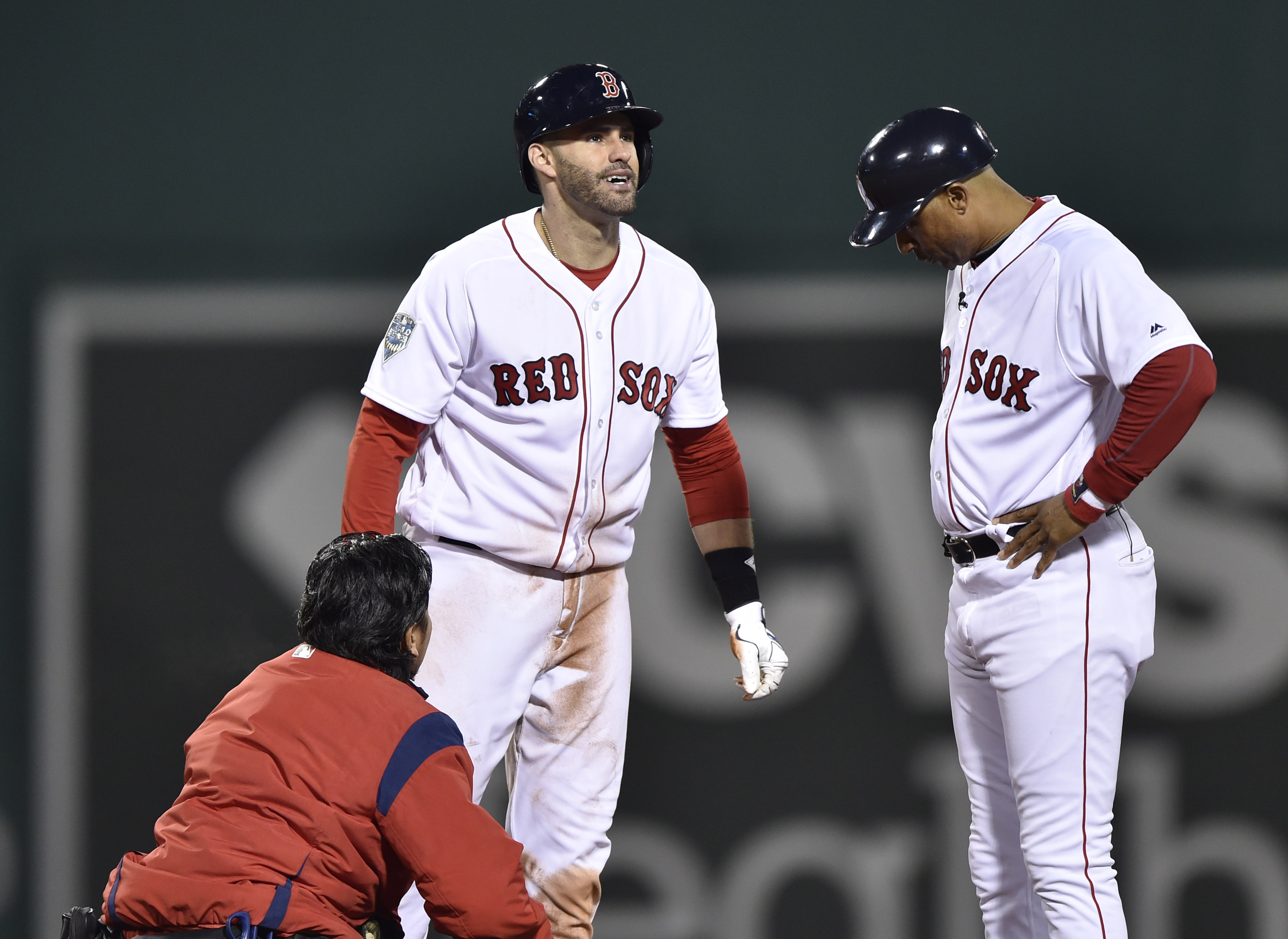 Red Sox do not need to panic over J.D Martinez

Just after the Boston Red Sox put on dominant and complete performances in the first two games of the world series, the best hitter in the MLB this season suffered an injury.

It does not appear to be series, but J.D Martinez‘ status is in question for game three in Los Angeles. The extra day of rest certainly helped, but none of these circumstances should impact their decision on whether or not he plays.

In the end, it has to be about health. Players will always want to be in there and fans want to see their stars push through any circumstances. The reality, however, is that will often hurt the team a lot more.

Right now, panicking over Martinez missing any time is the worst thing this team can do. You cannot overstate how important Martinez is but they do not need to rush him back in the lineup to win. The Red Sox are not desperate without him, and need to make sure they avoid playing desperate at all costs.

Ultimately, this is about making sure Martinez is at full strength for the most important games. It will be a lot more difficult for the Red Sox to win in Los Angeles regardless, and the Red Sox need to be thinking about what state the team will be in if the Dodgers bring it back to Boston.

The Red Sox are fortunate enough to be in a position where they can be patient, even if a brutally long season is not down to just two to five more games.

Their depth has been one of the biggest parts of this playoff run, and they need to trust those players to pick it up, making sure Martinez does not suffer any more set backs.

Another thing to keep in mind is the designated hitter dilemma while playing in Los Angeles. Alex Cora indicated he will trust Martinez in the field. Quite frankly, he does not have much of a choice give his bat.

With that in mind, it becomes a lot easier to give Martinez that extra rest. If Martinez is not at full strength physically, it is unfair to expect him to step into a defenisve role without being a liability.

The Red Sox are in a position where Martinez can sit on the bench, and the likes of Steve Pearce, Mitch Moreland and Rafael Devers can make sure they still got production from that position, with a good power threat.

Especially in a larger park, it will be tough to watch the Red Sox play without Martinez. He has the best power on the team, and that deeper adjustment should not impact him as much as the rest of the roster.

It may be hard to consider the Red Sox favorites without Martinez playing on the road, but Cora has embraced his depth more than anyone else and he needs to be the one thinking about what happens if there is a fall off after the break and on the road, with or without Martinez.

Losing Martinez could have a destructive impact on the overall lineup. When you think about the production Xander Bogaerts gets behind him, and the pressure a pitcher feels just when he is on deck, the Red Sox put a lot at risk with Martinez on the bench.

This team, however, has shown all indications that they are willing to buy into everything Cora is doing. Cora has trusted his depth and that will make sure the entire roster will be prepared to play without Martinez.

The Red Sox are also in a position where a platoon replacing him could be quite effective. We have seen Cora take that approach for pitching matchups, and Martinez’ position in the lineup should be handled that same way.

Cora has found every advantage available so far these playoffs, and making sure the three and four slots in the lineup strike the fear of death into their opponent is not something he will sacrifice because of a lack of adjustments.

Without Martinez, the batting order could end up looking a lot different. The Red Sox have seen that order move around all season long, making sure everyone can remain comfortable no matter where Cora puts them.

The Red Sox know how important it is to keep a lead after being up 2-0 in a series, but being shortsighted and forcing Martinez back into the lineup because of that could lead to a brutal break down of a truly dominant team.