Isles Insights: Islanders bounce back in win over Flyers 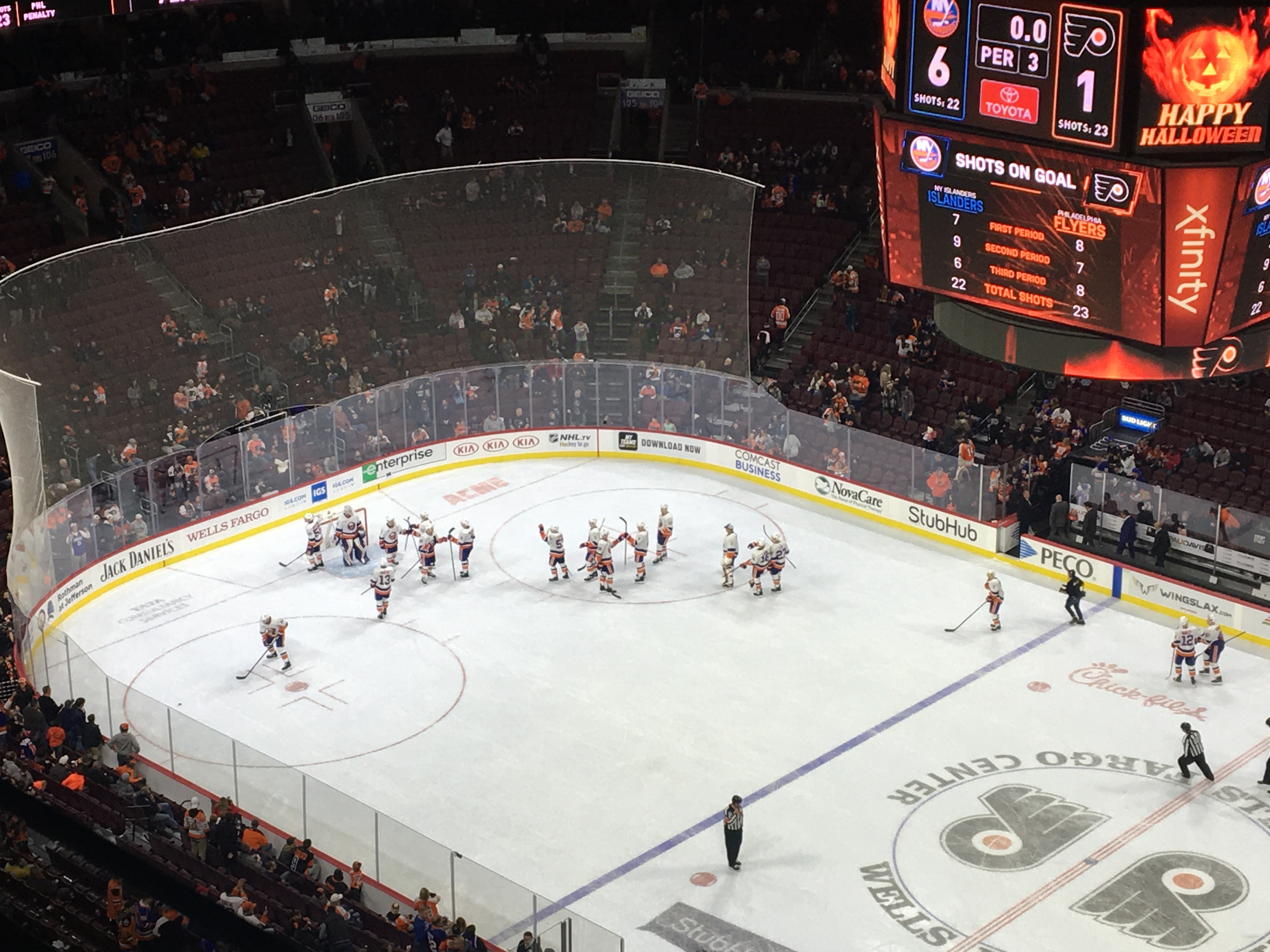 PHILADELPHIA, P.A. — The Islanders bounced back in emphatic fashion on Saturday afternoon.

After allowing a two-goal, third-period lead slip away, the Islanders bore down and defeated the struggling Philadelphia Flyers 6-1. Brock Nelson recorded two goals in the win, with Leo Komorav, Anthony Beauvillier,  Adam Pelech and Anders Lee also finding the back of the net.

Lee recorded four points in the win and Robin Lehner had 22 saves for the Islanders. Jori Lehtera scored the Flyers only goal of the game.

1.  The Islanders got production up and down the lineup in Saturday’s win over the Flyers. They had five different players score a goal in the victory.

“I thought all lines contributed,” Islanders head coach Barry Trotz said. “The Nelson line, the Barzal line you can go up and down the lineup they were good. I liked the way we played. We talked about a couple of things, playing the right way, making sure we have the commitment, make sure we have our structure and our discipline. I thought we brought that.”

2. On an individual level, both Brock Nelson and Anders Lee both had strong outings. Nelson scored two goals, the first time he’s done that in a game this season and his first multi-goal game since February 9 against Detroit. Nelson has four goals in his last three games.

“I just try to play aggressive, be on the attack,” Nelson said. “All while being smart. Playing with Anders and (Josh Bailey) they’re going to get you the puck and make good plays. A couple times tonight you were able to see that and I was able to get some open looks.”

Nelson has been known to be a streaky player throughout his career with the Islanders and has never fully found his consistency. The three-game goal streak is good, but the prevailing hope is that Nelson can keep it up.

3. Lee left the City of Brotherly Love with four points on the score sheet. Lee assisted on both of Nelson’s goals as well as had a helper on Adam Pelech’s goal in the third period. Lee capped off the day with a goal of his own to pad the Islanders lead even more.

“You just try to go out there and make plays,” Lee said. “Peley had a great shot, Neley had a couple great shots and Bails had a great play. You play the right way, you play your game things are going to happen and tonight I guess those bounces went my way. Credit due to all the other boys as part of these plays that made them happen.”

4. “Points from the defenseman are generally a big indicator for successful teams, so that’s something definitely we’re looking to add into our game a bit more. It’s nice to get some of that tonight.” — Adam Pelech on the defensemen putting up points.

5. Trotz reunited Beauvillier, Mathew Barzal and Jordan Eberle on Saturday afternoon. The three had worked well last season when they were paired with one another later in the year and the move paid off against the Flyers. Beauvillier scored his first goal of the year in the middle of the first period.

6. The Islanders did suffer a small loss when Cal Clutterbuck left the game in the middle of the second period. He did not return to the game due to an upper-body issue. Trotz did not have an update on Clutterbuck after the game.

“He’ll be evaluated and we’ll see where he is in the morning, then we’ll make a decision on that,” Trotz said.

7. The Islanders six goals on Saturday was an accomplishment the Islanders hadn’t done in over 20 years in Philadelphia. The last time the Islanders scored that many against the Flyers on the road was December 10, 1995.

“It’s fun to hear those things after the game, but tonight is just a game where we played really well,” Lee said. “We were able to put a lot of pucks in the net and played a smart, good road game. For that to be the stat line afterward is a little bit exciting, but it’s really just one game.” 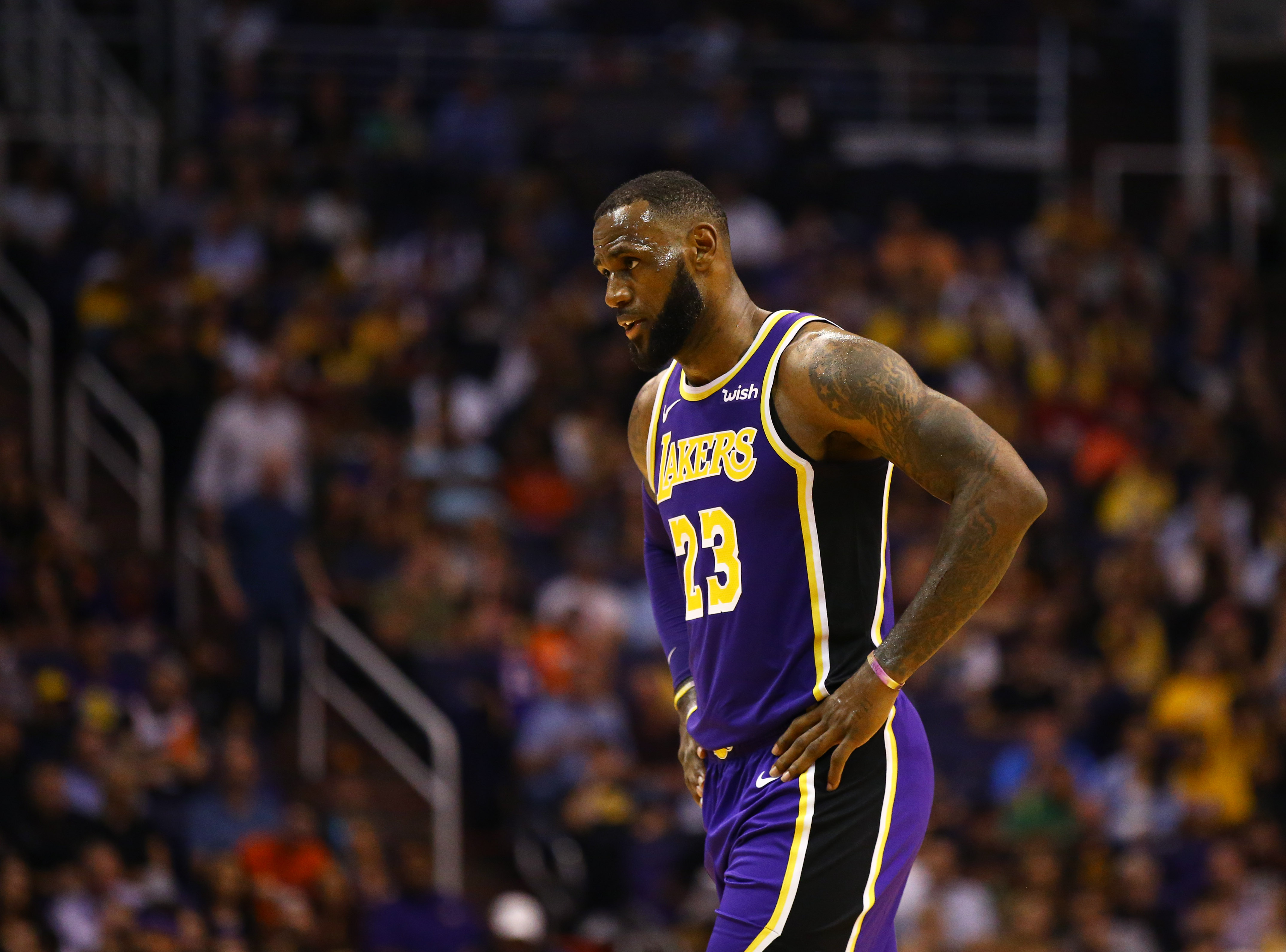 LeBron James has put together an illustrious career that has him achieve many impressive individual feats along the way. James added yet another one to...