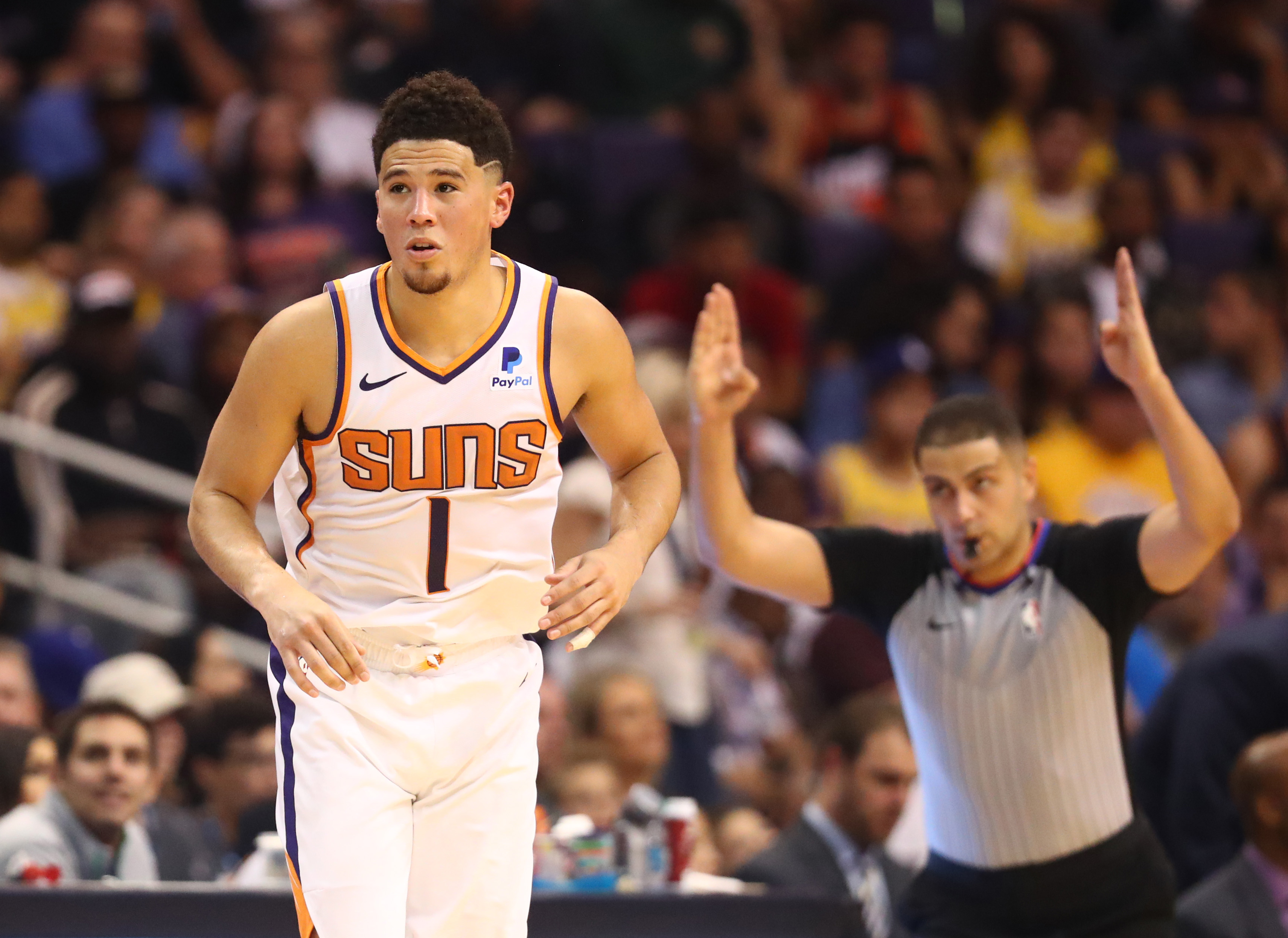 MEMPHIS — Since being drafted in 2015, Devin Booker and his Phoenix Suns team suffered over 180 losses, three coaching changes, and the firing of the general manager. But in July during the offseason, Booker signed his contract extension solidifying his role with his team.

Now, he has become the face of the franchise and accepts the responsibility that everything that happens on the court lies on his shoulders. Booker said it is now time for things to change for the Suns.

The soon to be 22-year old, was named to the NBA All-Rookie First Team in 2016 and was the 2018 NBA Three-Point Contest Champion. Yet, he is most notably known for being a scorer during the season. In his second year, he scored 70 points against the Boston Celtics. Nevertheless, Booker said none of that means anything if he is not victorious and that is what he is striving for.

“Just winning, I feel like it’s winning time for us with the additions that we’ve made,” Booker said. “Yeah, it’s winning time. We got good new additions.  So, that’s the next step in all of our careers, is starting to win.”

The Suns currently have a mixed balance of young players and seasoned ones. In this year’s draft, they added former Arizona Wildcat DeAndre Ayton at center to dominate the post. Additionally, they drafted Villanova forward Mikal Bridges. Josh Jackson also has a year under his belt now, and the Suns got the 18-year veteran Jamal Crawford. Now that Booker is going into his fourth year, he is spreading the knowledge he has received over time to his younger teammates.

“Just preparation. Mindset, keeping that same mentality throughout the whole course of the season. You know, you’re going to be banged up a little bit at some points in the season, but you got to keep going and be consistent,” Booker said.

As Booker sat in a chair in the locker room, it was obvious the shooting guard is much bigger. He confirmed that he definitely hit the weight room to get stronger and build up strength and worked out with Larry Smith, a personal trainer, who creates rigorous workouts for his clients for the best results.

“A little bit of everything,” Booker said. “I worked on my body a lot. So personally, just getting ready to be a leader and to win. Like I said earlier, so that’s still my goal. We’re off to a slow start, 1-3, but I think we can turn things around. It’s a long season, so I’m excited for it.”

In addition to that, Booker said he has been working on taking a new role with his team. No longer are the days that he will be described as a young player finding his way. For good or for worse, this is his team and everything, the good the bad the ugly and ups and downs falls on him. Booker said he is built for this.

“It’s new, when you’re in the NBA. I’ve been leaders of high school teams. On my college team, I feel like we had a lot of leaders. But for me, it’s learning what I’ve learned from the veterans that’s been around me and pass on the same information and leading by example. Also, bring the same mentality every day.”