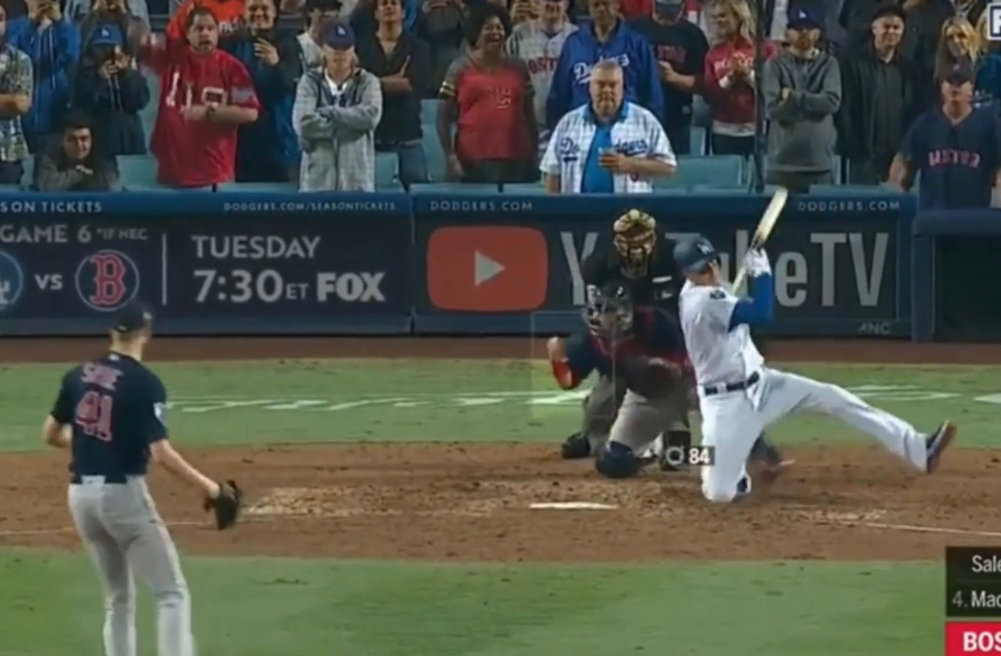 Sale came in to pitch in the ninth inning of Game 5, as he was asked to come in and shut the Dodgers batters down. His team was enjoying a 5-1 lead at the time, and Sale did exactly what was asked of him — retiring the meat of the Dodgers’ lineup, in order.

And while Sale is known for starting games, rather than closing them out, he really shut the door on the Dodgers quickly on Sunday. It took him only 15 pitches to strike out the side, as he retired Justin Turner, Enrique Hernandez and Manny Machado. Not only that, he accomplished the feat in style — getting Machado to swing so hard at a slider that he fell down.

Chris Sale strikes out Manny Machado to close out the World Series! pic.twitter.com/u62k4SVQPv

That was the final pitch of the World Series, and it really summed up how dominant the Sox have been during both the regular season and the playoffs.