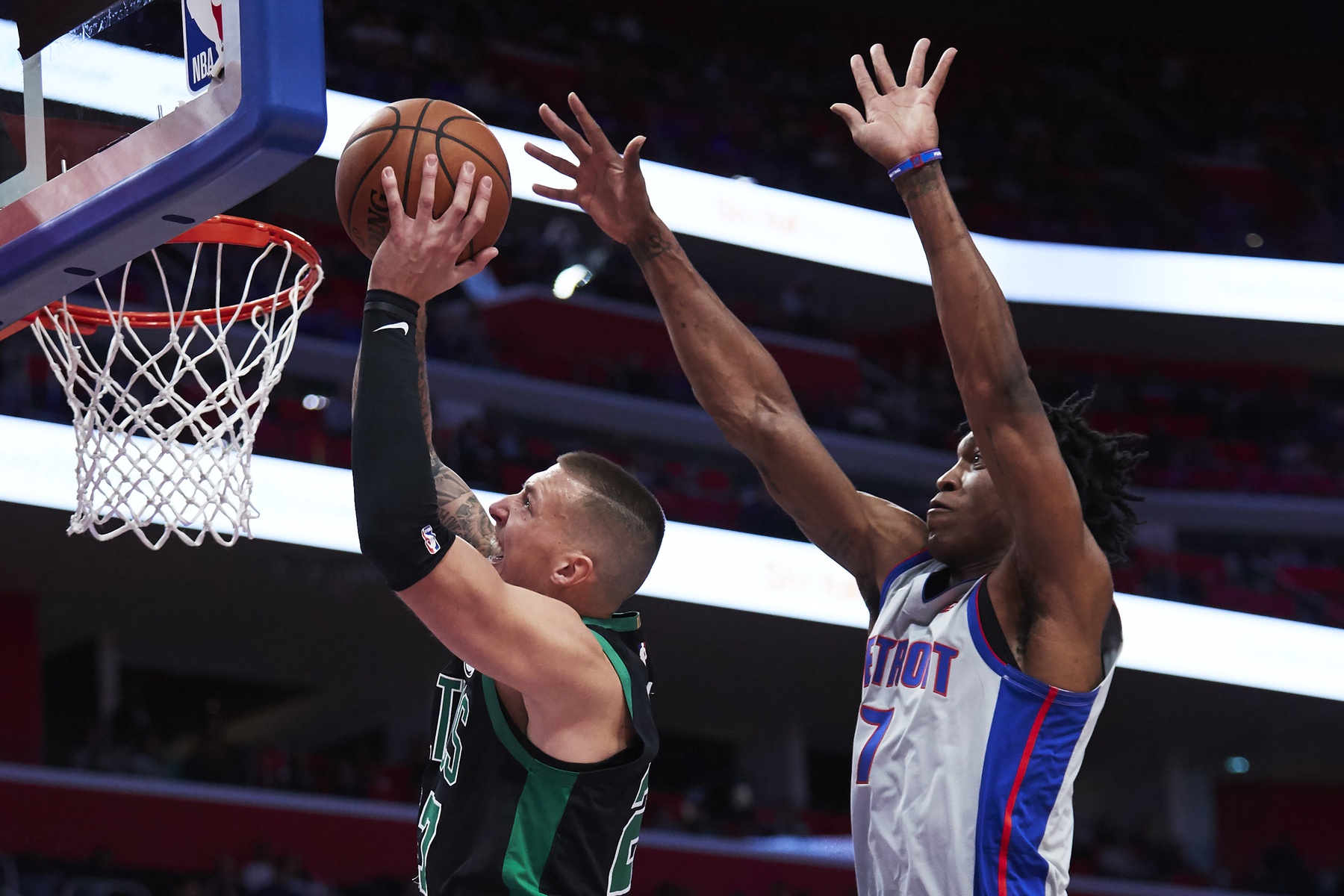 The Boston Celtics announced today that Daniel Theis would be out indefinitely with a slight tear in his right plantar fascia.

Though “out indefinitely” sounds bad, head coach Brad Stevens said the way it’s being characterized sounds worse than the timeline he’s been given.

“They feel good about his recovery,” he said at practice today, suggesting that it wouldn’t be an extended absence.

Theis has been very valuable to the Celtics and is coming off his best game of the season, a 17 point, 8 rebound effort against the Detroit Pistons on Saturday night.

“It’s unfortunate what happened to Daniel,” said center Aron Baynes. “He was starting to come along but it’s one of those things. We’ve dealt with a few circumstances like that last season. It’s next man up, and I’m doing everything I can every single day trying to get right and be able to contribute to the team again, so as soon as they give me the clearance, I’ll be there.”

It looks like that clearance will come tomorrow night when the Pistons visit for the back-end of the home-and-home series. The team officially listed Baynes as “probable.”

Also feeling good is Gordon Hayward, who, despite experiencing some lingering soreness as he continues to recover from his ankle injury, said he felt pretty good against Detroit.

“I thought it was a good step for me that last game,” Hayward said after practice. “Hopefully I can build on that one.”

Hayward was especially good at finding another gear, displaying some explosiveness, and inviting and playing through contact. For him, it was another step closer to the player he used to be.

“I think with each game I’m starting to remember kind of who I was and what was going on before I got hurt,” Hayward said. “It still is an ongoing process, there’s still going to be ups and downs this season.”

For those of you keeping an eye on the sneakers, these appear to be the early version of the Kyrie 5’s that we’ve seen talked about online.

Robert Williams is working on his jumper. They’re really trying to extend his range out to the 3-point line, which is a work in progress. He’s putting in the work though, spending a bunch of time shooting after practice was over.

Time Lord getting some 3's up pic.twitter.com/HwQQOmncfO