Jordan Kyrou's demotion to the AHL is disappointing, but the right call 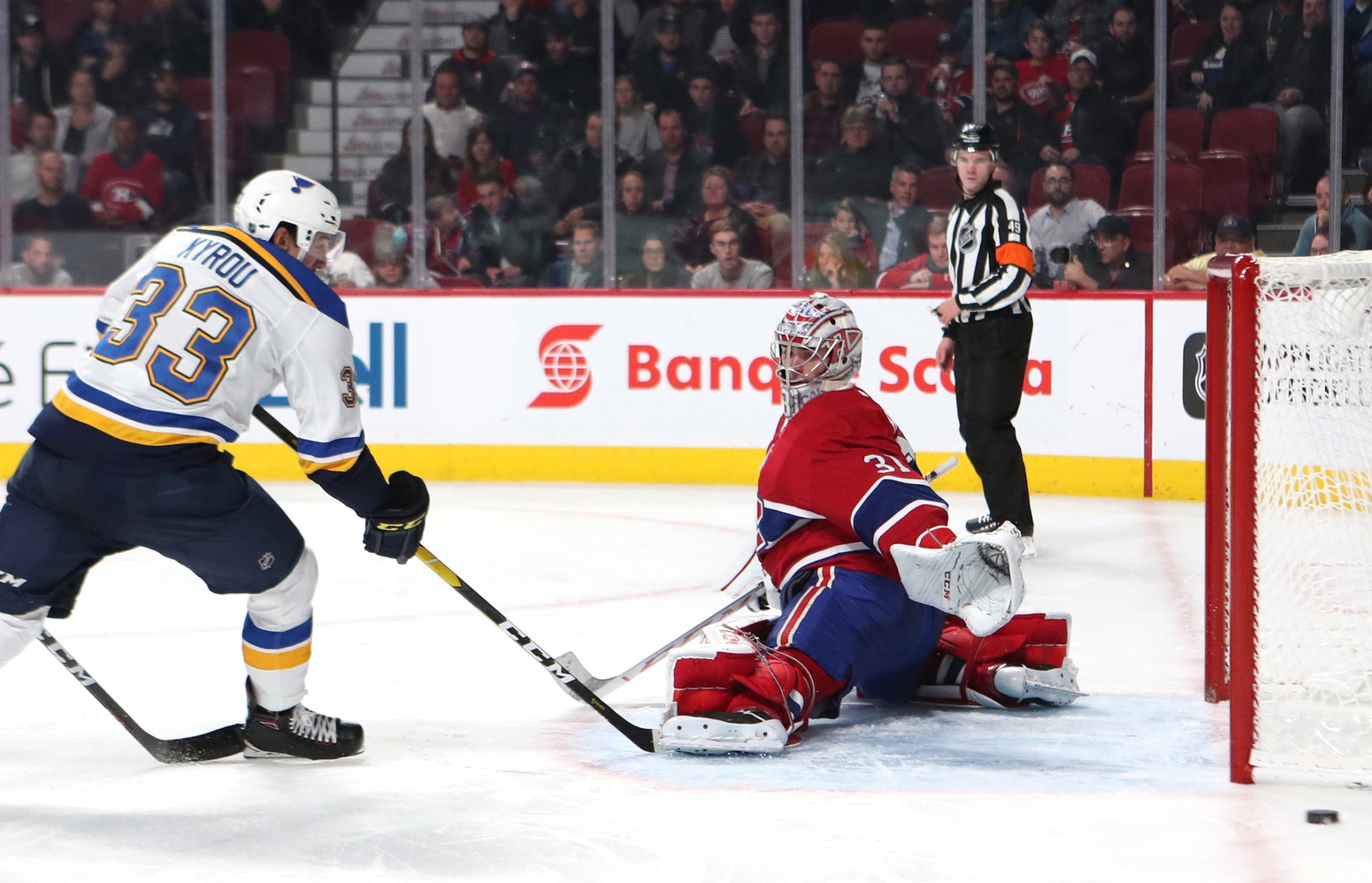 Jordan Kyrou's demotion to the AHL is disappointing, but the right call

The St. Louis Blues have sent Jordan Kyrou back down to the AHL in order to help make room for the group of players they recently called up. The demotion of the 20-year-old forward is disappointing, but a move that makes a lot of sense.

After nine games, Kyrou has one assist, 12 shots and is a (-3). His statistics don’t tell the complete picture as he was influential in several of the games he suited up for, using his speed to get the puck in dangerous areas. At times he looked like the best player on the ice. That’s high praise for a rookie.

Unfortunately for Kyrou, the Blues have too many options and he’s one of the safe options who can be sent back to the AHL without having to pass through waivers. It’s the right call no matter how badly fans want to see him develop at the NHL level this season.

Perhaps more importantly, Kyrou will see more time on the ice down in the AHL. With the Blues he averaged just over 10 minutes per game at 10:18. Some of those minutes were on the lower lines where his skills aren’t as utilized or useful. Barring a surprise, he should see some top-6 minutes at the lower level and some real opportunities to work on the offensive side of his game.