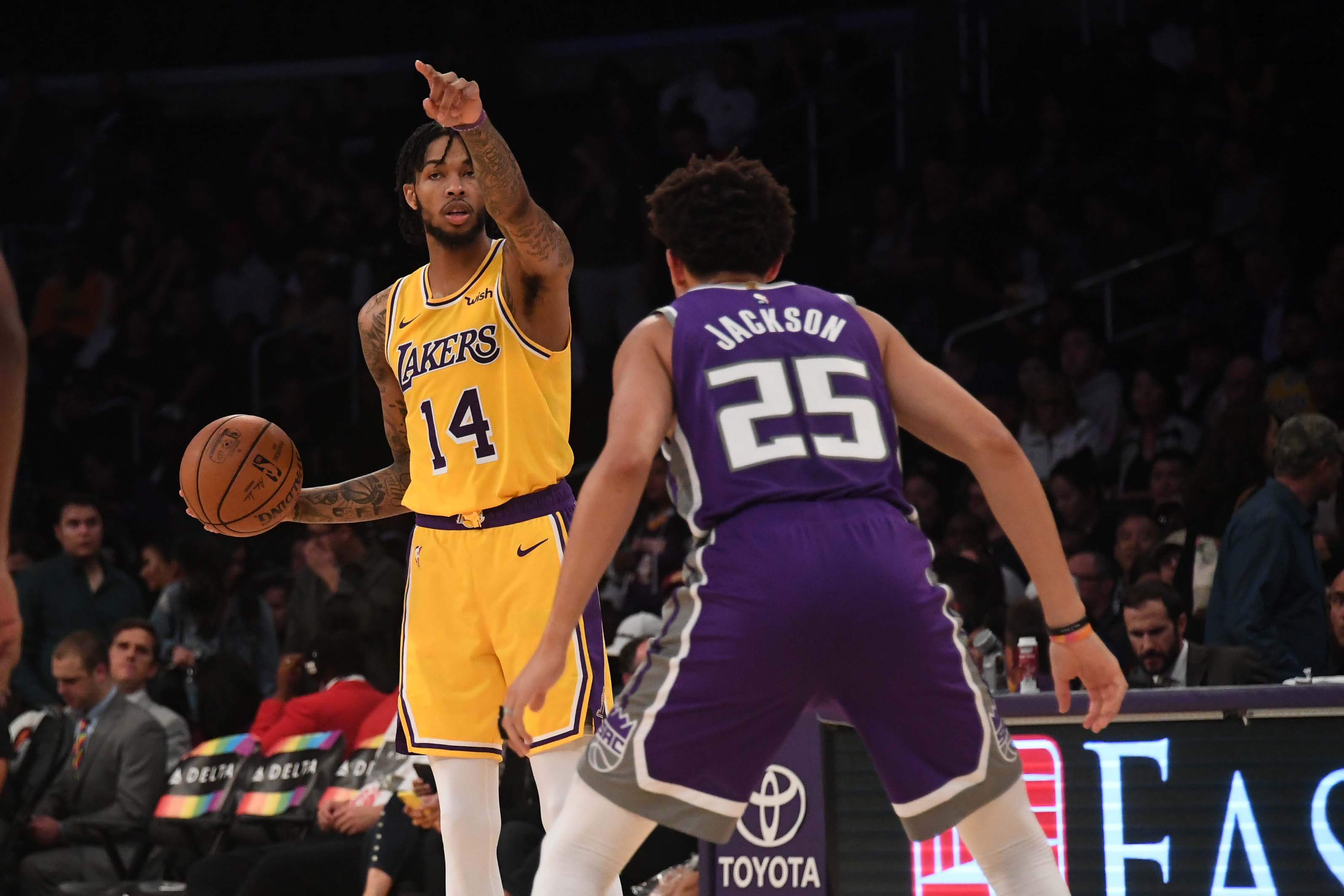 The Los Angeles Lakers are set to welcome third-year forward Brandon Ingram back to the mix after serving a four-game suspension for his involvement in the fight with Houston Rockets point guard Chris Paul and his teammate Rajon Rondo last week.

The return of Ingram has many of his teammates excited about him being back on the floor. This includes LeBron James, who voiced during Monday shootaround prior to the tilt against the Minnesota Timberwolves that some major praise toward the 21-year-old comparing him to the likes of Kevin Durant and Giannis Antetokounmpo, according to Mike Trudell of Lakers.com.

* @KingJames on @B_Ingram13: “There’s not that many guys with that length. You look at KD, Giannis, himself, those guys with those long arms (that) guard multiple positions. Handle the ball. Rebound, pass, shoot. So it’s good to have him back.”

Although he is just in his third year in the league, Ingram has shown plenty of promise with the continued progression in his development on the court.  He has shown to be a capable scorer that demonstrated the ability to playmake as a passer at times, which was highlighted when he took over point guard duties when Lonzo Ball was out of action last year.

He had displayed much improvement in his game last season averaging16.1 points on 47 percent shooting from the field and 39 percent from beyond the arc with 5.3 rebounds, and 3.9 assists per contest in 59 games played. The fact that James is comparing him to two of the best forwards in the league shows how much potential he sees in Ingram become the next star at the position behind his around play.

He will have ample opportunities to showcase that this season next to James that should allow for him to become a more prominent factor on both ends of the floor. In the first two games this season, he is averaging 14.0 points on 52.2 percent from the field along with 4.0 rebounds, 1.5 steals, and 1.0 blocks. Ingram is expected to be in the starting lineup in his return to the floor on Monday night against the Timberwolves.