Wizards get embarrased again in loss to Clippers 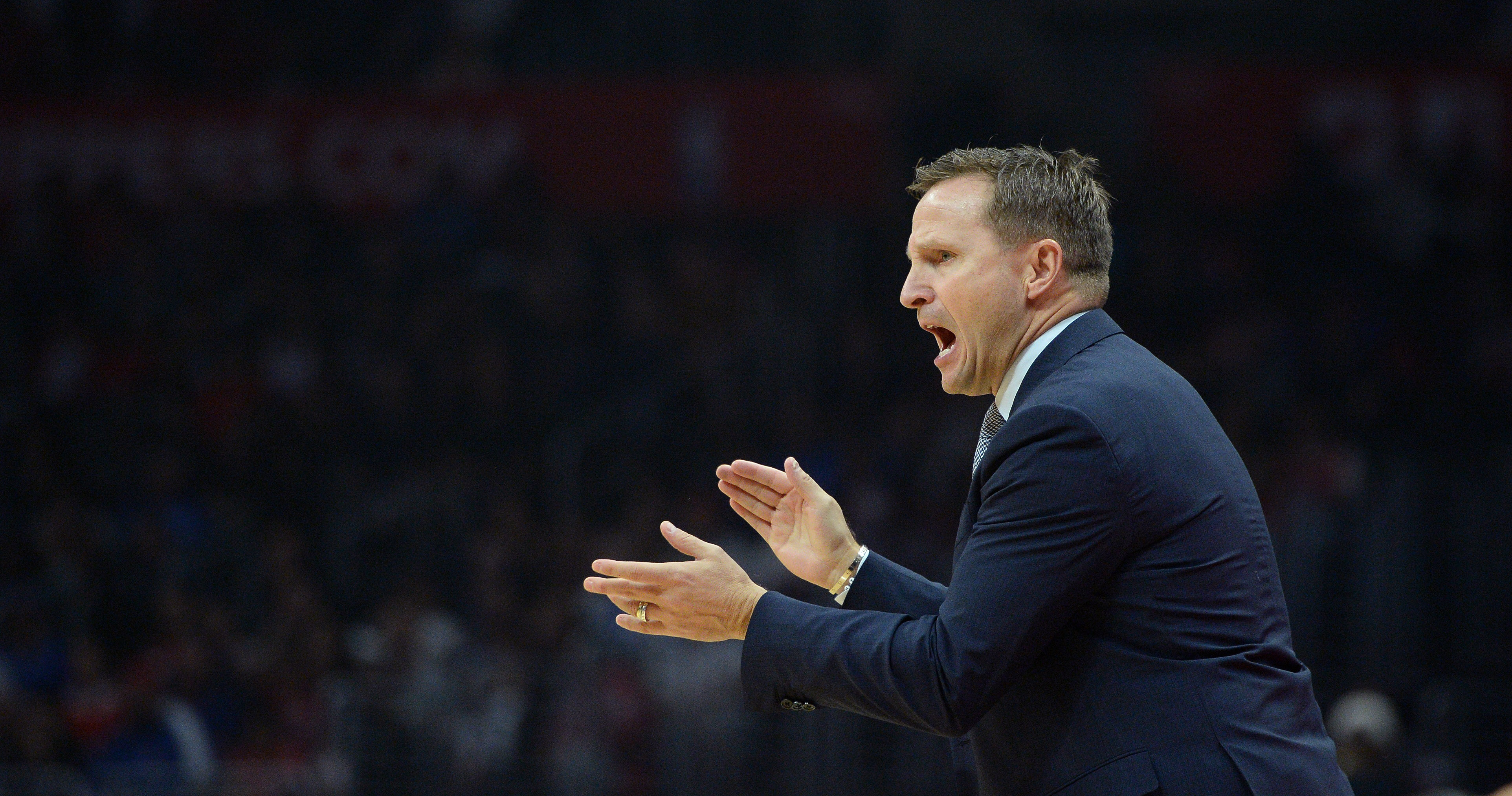 Wizards get embarrased again in loss to Clippers

A 1-4 start to the regular season is less than ideal. That becomes worse when John Wall and Bradley Beal start questioning teammates’ agendas five games into the season after doing the same thing last season. A visit to the Staples Center was not what the doctor order as Washington thrashed in another embarrassing fashion.

A lot of the talk during training camp and preseason was about getting more three-point attempts given how well they shot it from deep last season, tied for second in the NBA at 37.8 percent. Through six games, Washington has shot 33.3 percent or worse in five of those games. Not coincidentally, the Wizards lost all five of those game and won when they shot 40.5 percent from deep in Portland. Against the Clippers, the road team was a miserable 1-of-10 from beyond the arc in the first half. They finished the game 5-of-27 after a few garbage time three-pointers. Bradley Beal was just 1-of-6, Otto Porter was 0-of-2, Markieff Morris was 0-of-3 before exiting with concussion symptoms, and Kelly Oubre was just 1-of-7 after a recent hot streak. Scott Brooks will go on his redundant diatribe about the Wizards simply having their slump early in the season, but at what point do you question if they are built to shoot for volume from deep.

"This is bad. This is really bad." pic.twitter.com/bEIB1dX0sd

It has been the same old story in the Scott Brooks era. The Wizards have enough firepower where the offense is rarely going to be the issue. If they play defense at a high-effort level, they will get the job done most nights. That has yet to be the case throughout this early season. Los Angeles got whatever they wanted. They had 136 points, nine players in double figures, 73 points off the bench, and so much more. The Clippers were a miserable 8-of-13 (61.5 percent) from the free throw line but flamed with the ball live to the tune of 54.4 percent shooting from the field and 55.2 percent shooting from deep (16-of-29). In yet another game, Washington was outrebounded (57-43) and allowed several offensive rebounds (14). Tobias Harris looks like an All-Star against Washington. Avery Bradley got out of a slump against Washington. Montrezl Harrell and Boban Marjanovic are dirty against Washington. The defense left when Randy Wittman got fired.

Some team broadcasts are biased. NBCS Washington’s Kara Lawson is not and hits the nail on the head with what is wrong with this team and why better times do not seem in reach.

Next Game: Washington will finish their five-game road trip against the Grizzlies where we will have live coverage from in Memphis.