Bye Bye Birdie...so what do we want to fix the next 2 weeks? 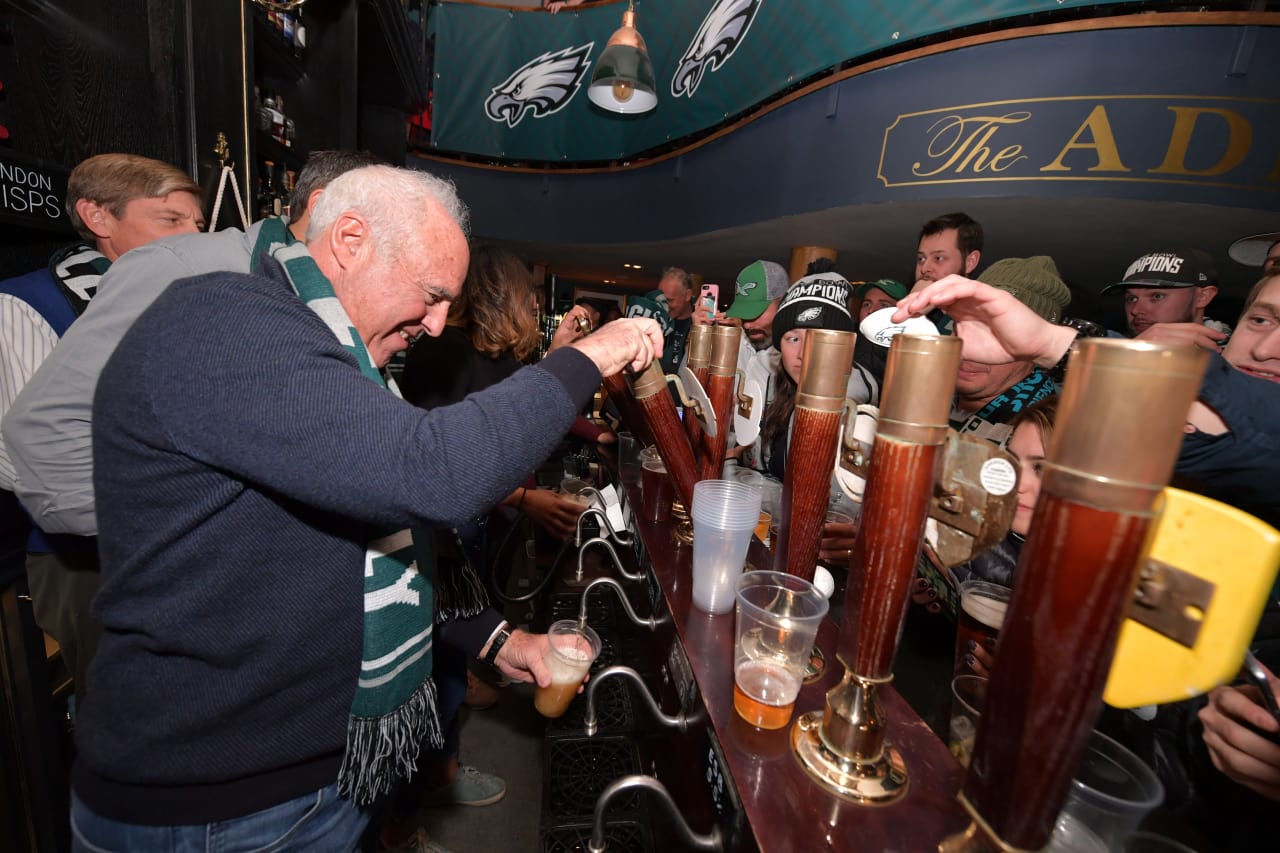 Bye Bye Birdie...so what do we want to fix the next 2 weeks?

Blessed relief for the Eagles after a tormented first half of the season….we are fortunate to be at 4-4 considering all the mad injuries that have befallen us.

As Jimmy Kempski compiles the “Injury List”, let us count the blessings of a week’s holiday which may help get a few of these guys healthy again:

“The Eagles have been rocked by injuries this season.

It’s not a pretty picture, but it is what it is (was), but it’s not all we’re left with.

Say “see ya next year” to guys like Barnett, Ajayi, McLeod, Jernigan, Wallace, Maragos and Rodgers…

But Wentz looks like he’s back 100%. That is such a plus. It appears to this EYE that he was just a tad tentative about that healing knee prior to the game in London. That all changed on the pitch at Wembley. This guy is either the Bionic Man or the second coming of Clark Kent. I ain’t never seen the likes of such a ginger-haired Jesus who walks on water (or runs like a deer on messed-up turf) after undergoing massive knee surgery less than a year ago.

Still, an extra week off during the Bye will do Wentz some major good.

Same goes for Alshon Jeffrey…He’s already back and superbly productive, but an extra week of rest will be really nice for that rotator cuff surgical repair. You want this guy feeling super-comfortable again when he reaches for an outside-shoulder reception. You don’t want his even thinking about the prior surgical rehab. That’s because when Jeffrey’s mind is clear, you get a ton of YAC potential after every catch.

Corey Clement and Haloti Ngata have inched their ways back to productive playing time, too. The Bye week gives them a sweet recess from comeback aches and pains.

The Bye week will also give us some new clarity on the revised prospects of Mack Hollins, Darren Sproles, Sidney Jones and Corey Graham…all four could be ready to go against Dallas on November 11. A week’s rest can be a beautiful thing.

The Bye won’t help the immediate future of more recently wounded players like Lane Johnson…I mean, it will buy some time for healing, but a sprained MCL is by definition a “partial” tear of a ligament. Some experts (including our own resident medic GK Brizer) are on record as saying that a partial tear can be worse than a full tear if you’re looking for “full recovery” in the shortest period of time. In other words, Lane Johnson may come back to play RT in a few more weeks, but he won’t be the same Lane Johnson. The reason is a knee sprain requires protection and preventive decorum which limits mobility. That implies that when Johnson does return, he may be more “lame” than “Lane”, and he may end up simply delaying the natural healing process by continuing to play. This kind of physical stress tends to linger, which is why some surgeons believe you’re better off with a full tear of the MCL than a sprain. At least with a full tear, you’re surgically corrected and after rehab you’re back at 100% within a year. With a sprain, you’ll play through the protective modifications, perhaps develop bad technique habits to compensate for the weakness of the joint, and a year later still find that the joint is extremely brittle and causing distracting discomfort.

That’s an issue that may be fixed by bringing in some proven talent from the outside to relieve Lane Johnson.

Word on the street is Howie Roseman is making a play to trade for all-purpose lineman Kelechi Osemele, currently with the Oakland Raiders and formerly of the Baltimore Ravens. Osemele is smart, talented and very good at his craft. The Raiders are allegedly tearing down their pre-Chuckie legacy and selling off their best veteran players. Osemele would be one of those. Not too long ago Baltimore let Osemele go in free agency in favor of paying veteran guard Marshall Yanda to stay. As good as Yanda is (or was), the Ravens now regret they did not pay the much younger Osemele and let Yanda walk.

Osemele would be a welcome relief at any tackle or guard position across the Eagles offensive line—especially if Lane Johnson has to miss much of the rest of the regular season, which it appears he will.

Another thing the Eagles have an extra week to fix is Carson Wentz’ fumbling-under-pass-rush-duress issues.

It’s now 30 strip-sack-fumbles in 35 career games for Wentz and counting…mostly due to occasional bad pass protection combined with Carson’s willingness to hold on to the ball until the last millisecond in order to extend a play.

“It sucks,” Wentz said when asked about his fumbling issues. “It’s something I have to clean up. I have to look in the mirror and say, ‘How can I protect the ball a little bit better?’ Sometimes it’s just getting the ball out earlier and finding my guys faster. It’s something I’m definitely looking at.”

That’s the beauty of the Bye week… you can look at issues to correct without the immediate deadline distraction of game preparation for your next opponent. You can devote some extra time to yourself and your personal craft. Ultimately your self-maintenance helps the entire team down the stretch, too.

To a lot of us fans, the Bye week is an annoyance, an inconvenient break in the continuity of the soap opera we love to follow with regular programming predictability. But to the GM’s, coaches and the players, it’s a welcome break to fix stuff on a whole bunch of different levels which may affect our fan satisfaction positively by the time January rolls around.