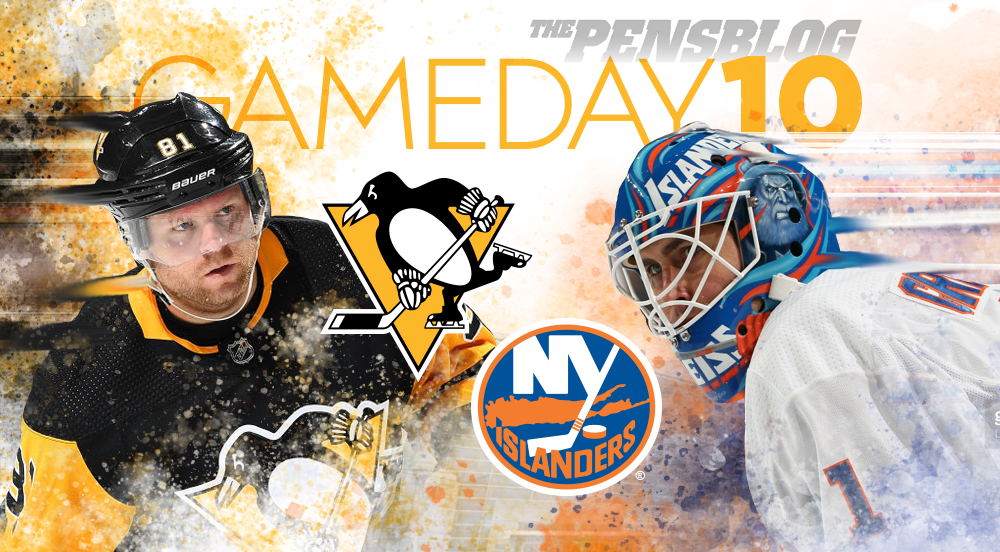 It’s sure to be an emotional night as the Penguins play their first game in Pittsburgh since the deplorable acts of Saturday morning have shaken not just the community but the world as a whole. Sports can serve as a uniting factor or a distraction or anything in between, and it’s not the time for anyone to be telling *you* how they should serve you.

That’s the beauty of being an individual. This individual is choosing to give you some options on how to potentially help or get involved, if you so choose.

Hatred and discrimination have no place in Pittsburgh or anywhere else.

The Pittsburgh Penguins will wear #StrongerThanHate patches on their jerseys for tonight's game.

Derick Brassard will be unavailable with an undisclosed injury, and Kris Letang could miss as well after getting “banged up” on the road trip. He’ll be a game-time decision this evening.

If we had to guess, we’ll see a bit of a mix of Simon, Rust, and probably Hornqvist on Sid’s right wing since the Derick Brassard-as-a-winger experiment has been halted due to the injury.

The Isles top-2 forward lines are loaded with talent and they’ve all shared the wealth from a scoring front. Anders Lee leads the Isles with 11 points (4G+7A) on the year through 8 games.