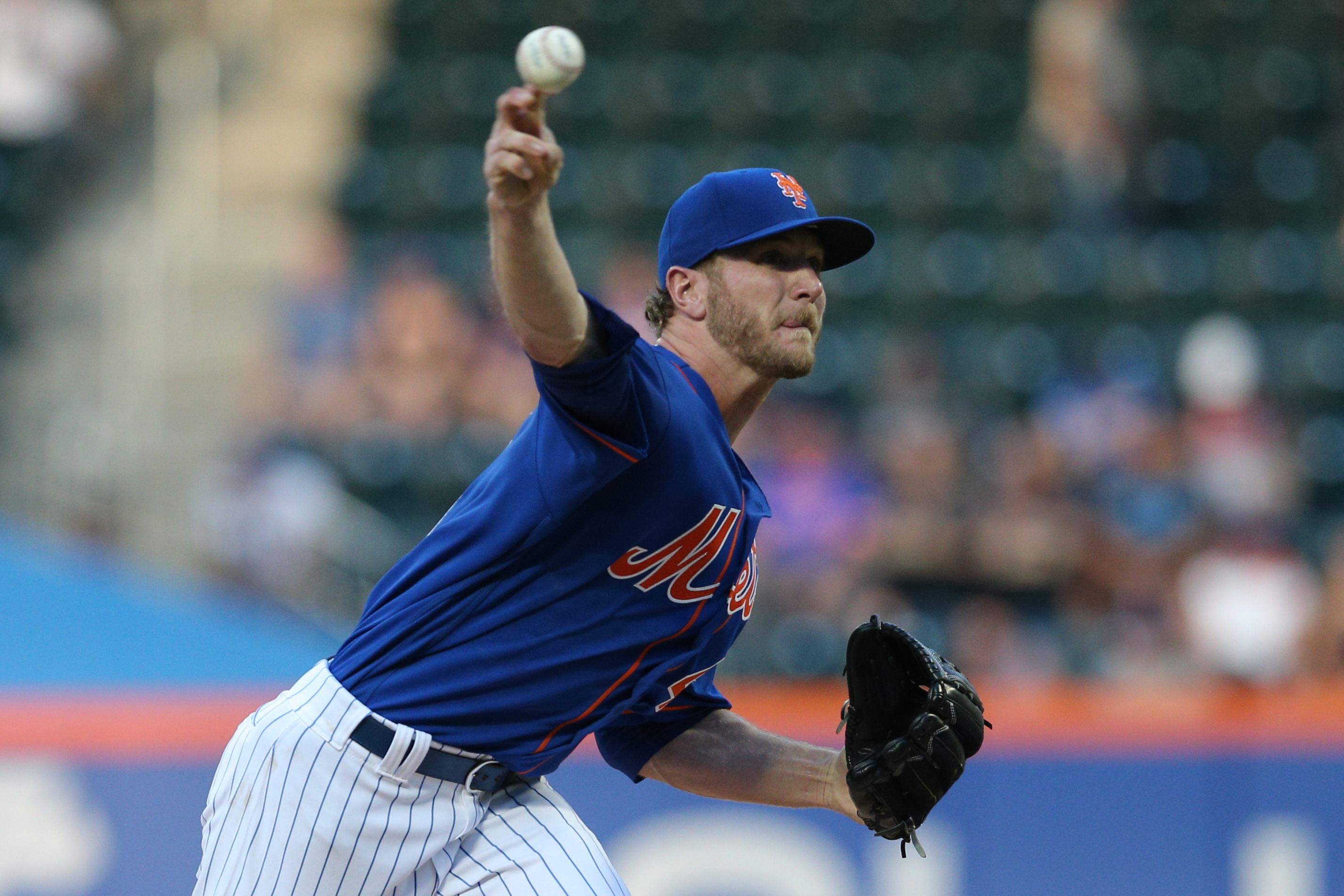 Now that the 2018 season is over for the New York Mets, we have been looking back at the year that was. After taking a more general view of the offense, pitching, and coaching staff, it’s time to take a look back at the Mets’ players. This series will take a look at every player on the roster for the Mets at the end of season from B (Tyler Bashlor) to Z (Daniel Zamora). The review will look at their season statistics, stories, and what role (if any) they will have next season. We continue the series today with a look at starting pitcher Drew Gagnon.

Story: After spending the first seven years of his professional career in the Milwaukee Brewers’ organization, Drew Gagnon signed a minor league deal with the Mets last December. Gagnon failed to make the team out of spring training, but made one start for AA Binghamton before being promoted to AAA Las Vegas. The Mets tapped Gagnon for his big league debut in July, when they needed a spot starter in their series against the Philadelphia Phillies. Gagnon was hit hard in that game, giving up six runs in 4.2 innings of work, and was sent back to the minor leagues the next day. The Mets were clearly impressed with what Gagnon did for the 51’s down the stretch, rewarding him with a big league call up when rosters expanded in September. Gagnon worked out of the bullpen for the season’s final month and was effective, allowing only one earned run over 7.1 innings in four appearances, working out to a 1.23 ERA for the month.

Gagnon was not expected to contribute to the Mets at all in 2018, but the fact he was able to deliver a few positive bullpen outings in September was encouraging.

The Mets have to make a decision on Gagnon’s 40 man roster spot since they need to add back the eight players from the 60 day disabled list by the end of the week, and they may take the chance on sneaking him through waivers to get him off the 40 man roster. They probably can do that, but unless he gets claimed Gagnon is a good depth guy to have. The Mets will probably bring Gagnon to big league spring training to compete for a job in the bullpen, but he will likely start 2019 in AAA to stay stretched out as a starting pitcher. The hope is that Gagnon won’t be needed too often because if he makes a lengthy return to the Mets’ rotation their season clearly didn’t go according to plan.

Check back tomorrow as our Player Review Series continues with a look at relief pitcher Robert Gsellman!