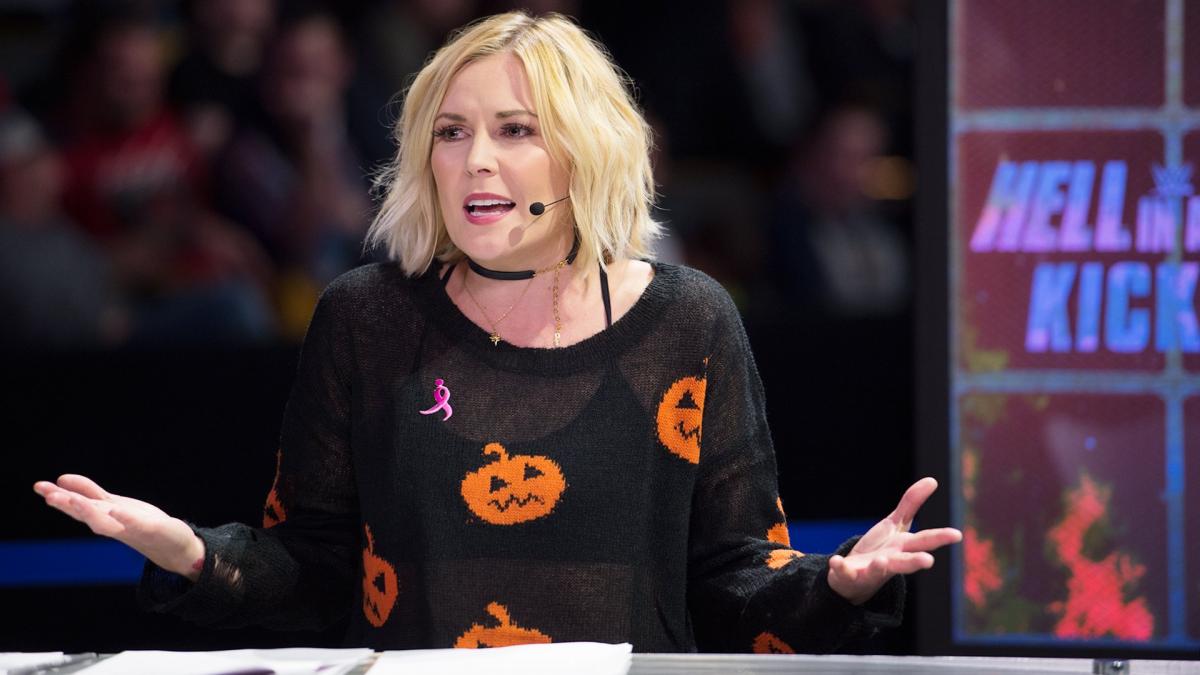 WWE Crown Jewel, quickly becoming a controversial event for the company, will have Renee Young on the annouce team, according to Pro Wrestling Sheet.

Young has made history once already this year, becoming the first woman to be part of the announce team on WWE Raw when the company replaced Jonathan Coachman in favor of the bubbly Canadian back in September.

Normally, Young being named a part of the announce team would not be a huge deal, but the country in which Crown Jewel will take place changes everything.

The event wil be held in Saudi Arabia, a country well known for its restrictions against women. In fact, when WWE went to Saudi Arabia back in April for the Greatest Royal Rumble, the government issued an apology simply because WWE advertised some of its female talent in ring gear in a video shown to the live audience.

It remains unclear as to whether or not there will be any restrictions placed against Young, but she’s going to appear on the show in some way, shape or form, something no other woman on the roster is scheduled to do.

Top WWE stars John Cena and Daniel Bryan have been rumored to have refused to work the show and much credence was given to that when Cena was replaced by Bobby Lashley in the World Cup on Monday.

Following news that Saudi Arabia was involved in the death of journalist Jamal Khashoggi, WWE faced pressure to pull the event out of the country. The decision was made to keep Crown Jewel in Saudi Arabia, but if you can hear the boos of the audience any time the event is talked about on television lately, you can tell that wasn’t a popular decision.

Crown Jewel takes place this Friday on WWE Network at noon ET with a kickoff show schedule one hour prior to that.