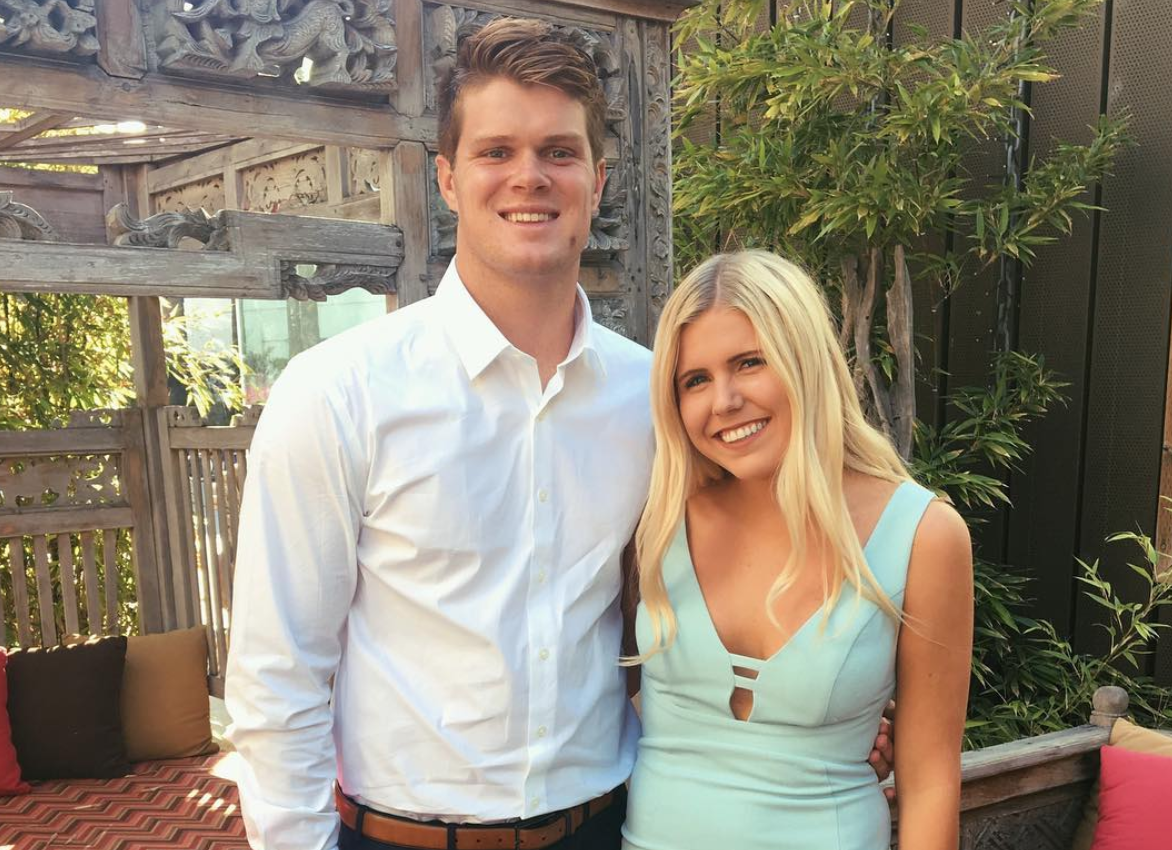 Jets rookie quarterback Sam Darnold was the third overall pick in this year’s draft, and was also a star in college at USC.

Those type of accolades typically warrant fame, as well as a beautiful girlfriend. Darnold has already achieved both. He’s been dating Claire Kirksey since Sept. 2017, when their relationship began at USC.

The two were spotted at a concert recently, which Kirksey appeared to be having fun at. Check her out belting out some notes.

Here are some other photos of Kirksey and Darnold.

it's my best friends birthday…I'll post what I want. 💌 love you sofs xoxo

The two look to be living their best lives.