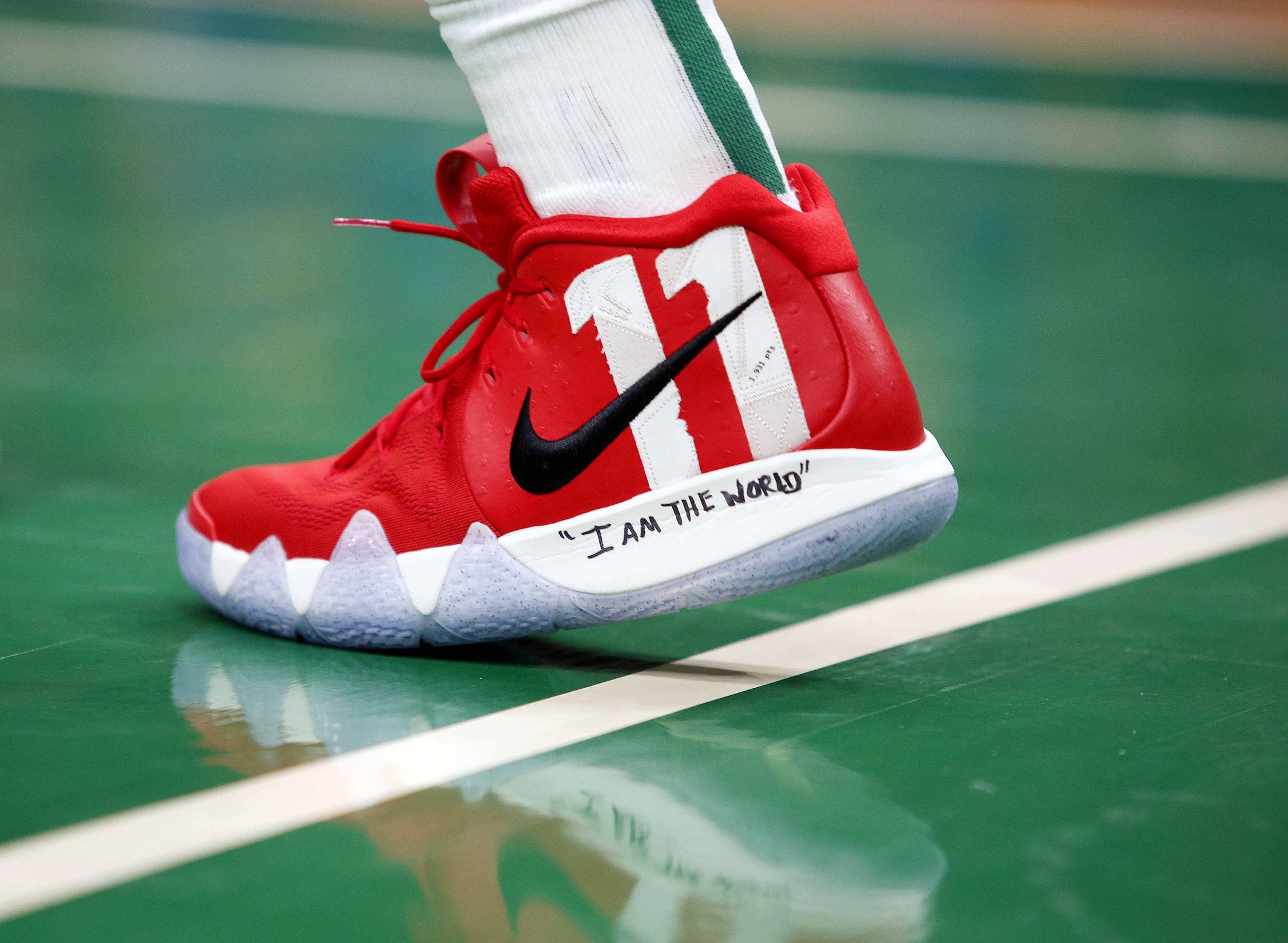 Kyrie Irving isn’t the first Irving to be a basketball star in Boston. His father Drederick was one of Boston University’s best players ever, leading them to the 1988 NCAA Tournament and graduating as their #1 All Time leading scorer (a record since broken twice). Drederick, who wore #11 as a Terrier, still holds three of the top 10 scoring seasons in BU history.

BU’s colors are red and white. Last night against the Pistons, Kyrie scored 31 points in red & white Kyrie 4 “BU” sneakers, emblazoned with his father’s #11 in his father’s team colors.

Shout out to KWAPT for the info.