Dak Prescott is now playing for his job 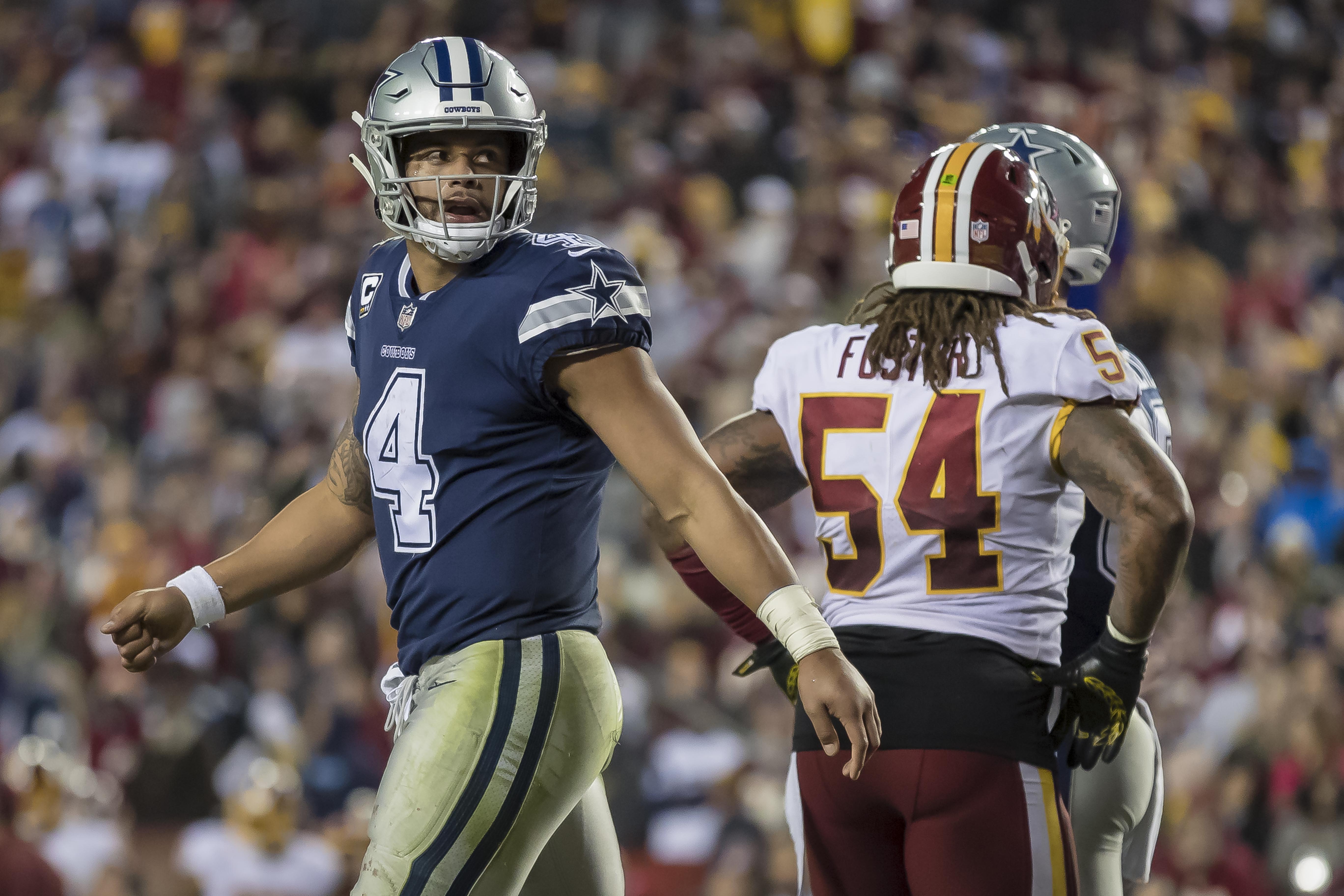 Dak Prescott is now playing for his job

The Dallas Cowboys are coming off their bye week with a 3-4 record and the need to win right now. After dropping its last game against division leader Washington, Dallas heads into a must-win Week 9 tilt with the Tennessee Titans on Monday night.

All eyes will be on the Cowboys newest acquisition, wide receiver Amari Cooper. Dallas traded next year’s first-round pick to Oakland in order to try to bolster the 29th ranked passing attack in the NFL. The Cowboys are one of only four teams to average less than 200 passing yards per game.

Although Jerry Jones gave up too much for Cooper with the first rounder, his critics can’t hate on the move too much. Dallas’ only major flaw is at the receiver position and Cooper is a young, capable athlete who has had success in the league. He is a number one receiver and the Cowboys desperately needed help there. When considering who the team might’ve targeted in the draft, it’s clear the 24-year-old Cooper is a solid choice to help immediately as well as down the road.

Perhaps paying a premium for Cooper says more about the current state of Dak Prescott. The third-year quarterback has been extremely underwhelming in 2018 and the Cowboys offense has paid the price.

Dallas ranks 29th in total yards and 27th in total points scored. Every week the defense is relied upon to keep the team in games and provide the offense enough chances for Dak to capitalize on.

Now that Prescott has a top target in Cooper, there are no more excuses for the quarterback. He has nine games to prove his worth in a Cowboys uniform or else Jerry Jones may have to take his team in a different direction.

Prescott has one additional year remaining on his rookie deal after this season. He’s set to make $720,000 in 2019 before becoming a free agent the following year.

Now even though the Cowboys could wait for next year to play out to determine if they want to sign Prescott to a long-term contract, this wouldn’t be ideal for either side. Most players, especially franchise quarterbacks, don’t play into the final year of a deal without at least a long-term negotiation ongoing. Dak will want to be paid and have the security from the large chunk of guaranteed money he’ll earn.

Dallas would also prefer to know its plan sooner than later, too. If Prescott is not the answer for the future, then the next candidate needs to be brought in as soon as possible. Despite not having a first rounder now, the Cowboys could always package picks to get back into the first round or take a quarterback with their pick in the second.

By making the move to get a true weapon on the outside, the Cowboys can accurately judge whether Prescott has what it takes to be the man moving forward.

Ezekiel Elliott is one of the top backs in the game. The offensive line is still better than average and good enough to win. The receivers are now skilled enough. All of the pressure is on Dak Prescott.

The offensive game plan shouldn’t change much. Dallas is best when it’s able to control the clock and run consistently with Elliott. However, there will undoubtedly be games where it falls behind on the scoreboard and Prescott needs to throw Dallas back into contention. His ability to do so down the stretch could determine whether Jones buys into Prescott being the Cowboys’ quarterback for the next decade.