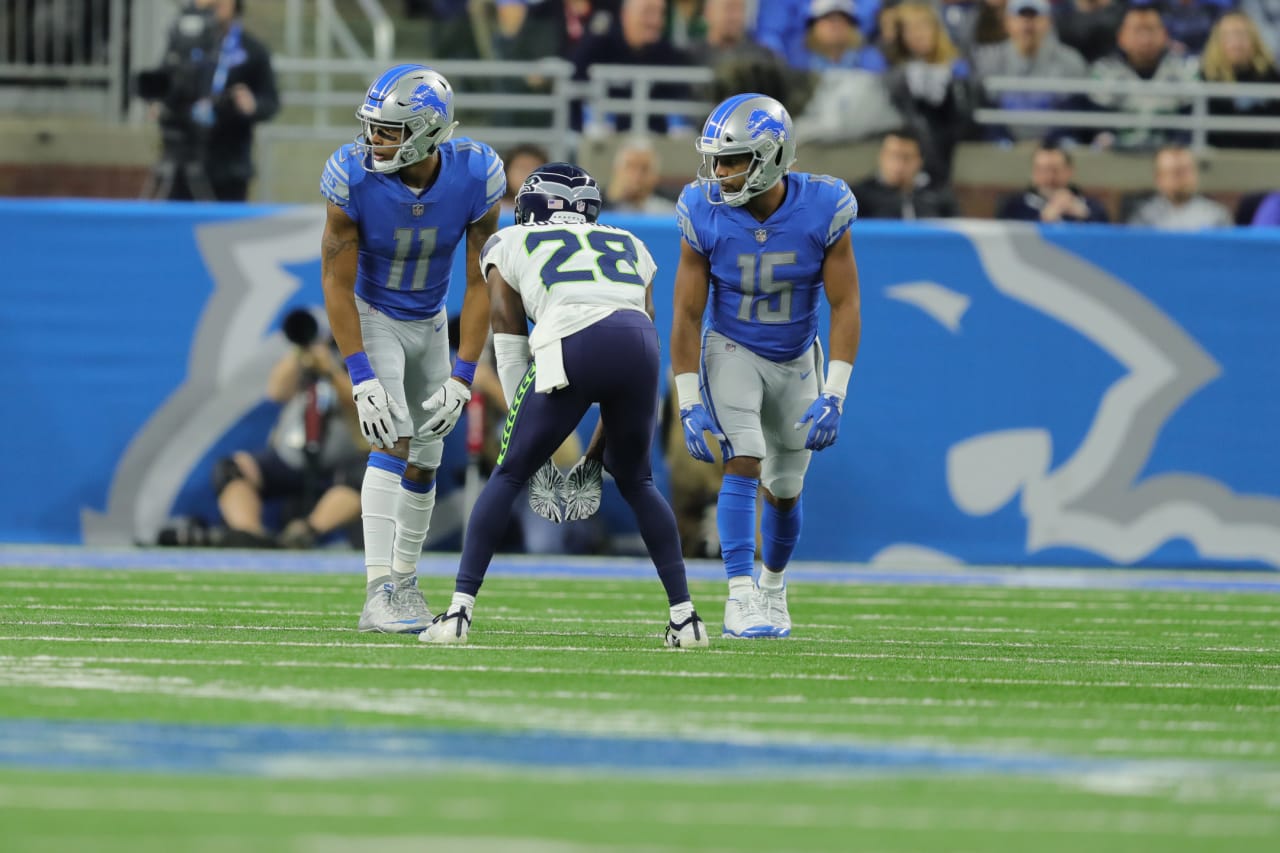 GM Howie Roseman snagged a rental of dynamic playmaker Golden Tate for a 3rd round pick. That’s also about a $3.5 million investment into a 2nd half-of-the-season run which screams of “Quick fix! Win now!”…

But is it enough?

That didn’t happen, although to Howie’s credit he did try to deal for Oakland’s Kelechi Osemele. That deal failed to materialize for a number of logistic reasons. Hence, Howie pulled out all the stops to increase the competition and the production on the cutting edge of so-called “skill players” on the Eagles offense.

(I have a long-standing gripe against labeling offensive linemen as “unskilled” position players. Just wanted to get that personal bias out there…)

Anyway, at 4-4, we are now just like every other team with a mediocre record which thinks it can jump-start its playoff-qualifying chances with a “skill player” acquisition.

I get the rationale. You assume a base-line level of competence with the guys you already have that are healthy and can play at least predictably average games going forward.

Then you add this 30-year-old veteran who had a nice track record with Detroit, and you think his track record will superimpose on the videotape of what your offense has or has not accomplished so far in 2018.

I don’t know about that being a realistic projection—if only because our offensive line remains in dire straits.

The conventional thinking is, with Tate in the lineup, the Eagles force defenses to account for him and that’s going to take pressure off Alshon Jeffery, it’s going to open up opportunities for slot receiver Nelson Agholor, and the middle will have more wiggle room all of a sudden for tight ends Zach Ertz and Dallas Goedert.

That’s all well and good formula if your QB has enough time to find him downfield to make a steady connection. If your offensive line and the rest of your pass-protection scheme continues to flounder against your better defensive opponents, then Golden Tate, to put it in the words of the Drafttek prodigy ~BROZ, becomes “moot”.

That’s why I lobbied so hard for O-Line reinforcement at the trade deadline.

To be fair, our GK Brizer makes the point that the addition of Golden Tate makes the O-Line and the running game better. I think I understand why Brizer would say that. Defenses will respect the outside threats of Tate and Jeffery and Agholor and Ertz when they’re all in the same formation together. I can see (initially, anyway) how that would pull defensive pressure away from the line of scrimmage and into coverage.

Theoretically that would open up more play-action options for Carson Wentz, with a lot more productive running play potential for the guys we have healthy at RB to make some splash gallops.

But that’s assuming our withering offensive line depth can open up even a thin hole against a three-or-four-man rush. That’s a tall task because of the temporary loss of Lane Johnson at RT and the increasingly fragile state of LT Jason Peters.

“Splash” with Tate, or “Crash” with Osemele? I would have preferred the latter. Me likey crash football.

Of course Doug Pederson wanted this trade for Tate because he is so big-play enamored.

“He’s dynamic. He’s explosive. His short-area quickness is really impressive. His yards after the catch stat is impressive. He’s strong with the ball, breaks tackles, and is explosive when he gets out in the open field. He’s an exciting player and he’s going to be a great fit for the locker room,” Pederson said. “I can’t wait to get him in here.”

That’s great if you can get the ball to him in stride. What happens when you’re scrambling to avoid a broken-down pass protection? I’ll tell you what—Tate becomes a non-factor. Without solid offensive line performance, Tate disappears, through no fault of his own.

Just saying, I would have preferred we made the trade for an All-Pro lineman. Too bad the Cowboys overpaid for Amari Cooper, because it drove up the price for Kelechi Osemele. In that sense, the ‘Boys may have just accidentally sunk our battleship.
*   *   *   *   *   *   *   *   *   *   *
BriSuksEgg Fantasy Football League update…
The most beautiful thing about fantasy football is it does not exist in a vacuum. Imagine all the GM’s in this friendly fantasy league scrambling at the NFL trade deadline to shuffle and redefine their rosters. Now, more than ever before, the NFL is seeing a bunch more trades at the deadline—as if once-conservative teams are en masse deciding to mimic the NBA and MLB. Part of the phenomenon is we now have so many teams hanging around the brink of playoff ambitions with records that are mediocre, like 4-4… if we can just get that ONE GUY!

Look at all the moves made prior to the deadline:

• The Dallas Cowboys acquired wide receiver Amari Cooper from the Raiders in exchange for a first-round pick.

• The Giants also traded defensive tackle Damon Harrison to the Lions for a fifth-round pick.

• The Detroit Lions traded wide receiver Golden Tate to the Philadelphia Eagles for a third-round pick.

• Packers running back Ty Montgomery was traded to the Ravens for a 2020 seventh-round pick.

• The Rams acquired defensive end Dante Fowler from the Jaguars. The Jaguars received a 2019 third-round pick and a 2020 fifth-round pick in return.

• The Packers traded safety Ha Ha Clinton-Dix to the Redskins in exchange for a fourth-round pick.

These events will impact the BriSuksEgg league rosters in some fashion across the board. Meanwhile, we digest Week 8 results: