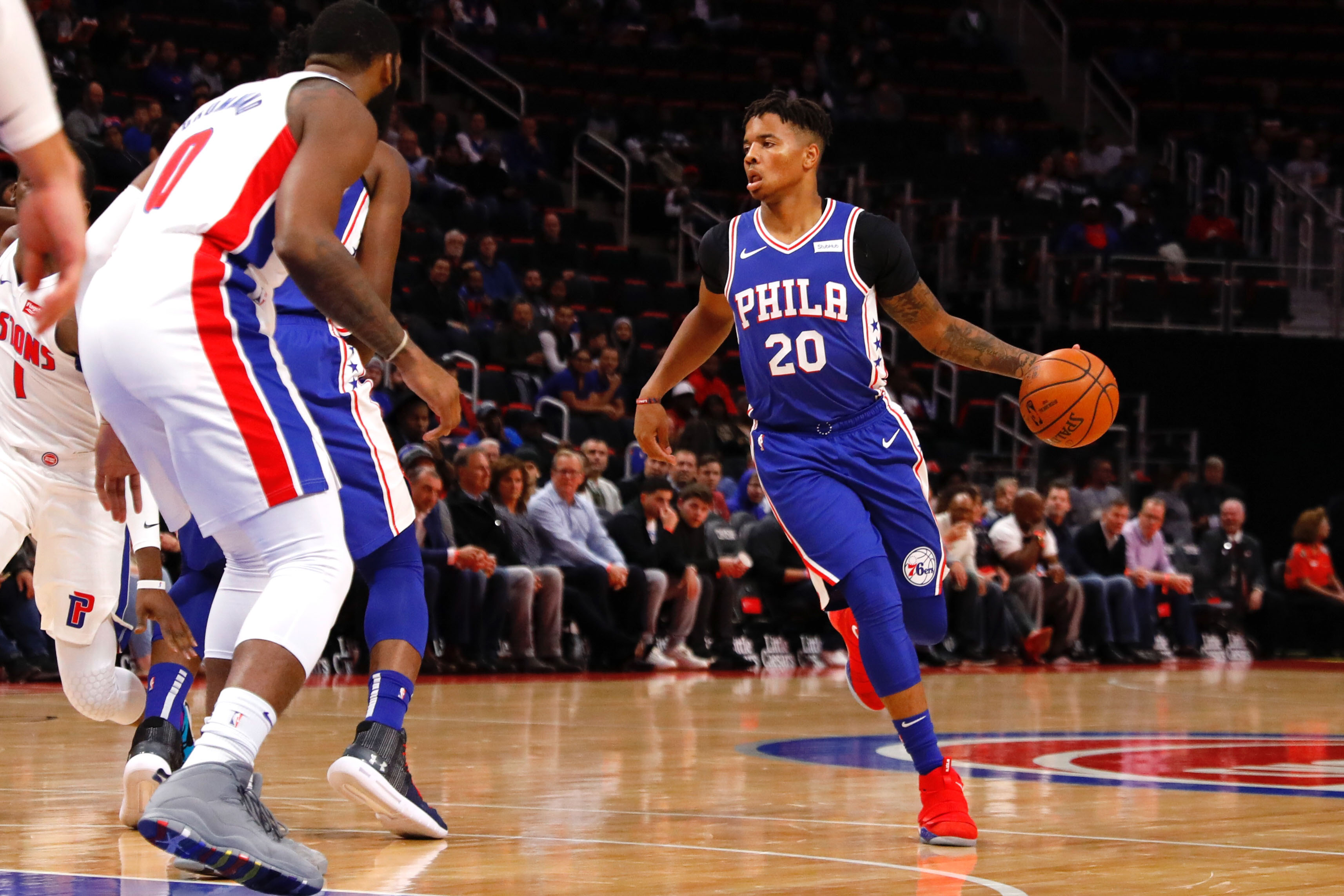 This early season team analysis is about a week overdue. Let’s just say October has been just as complicated for me as it has been for the Sixers.

This will be an attempt at making as much sense of these first eight games as possible.

For the sake of simplicity, I’ll split things up into three different notes. This won’t be a game by game analysis, but instead a breakdown of the big things we’ve learned and/or still need to figure out in the very early stage of this season.

1. Competing for the throne in the East

Let’s rewind back to two Tuesdays ago. It’s the season opener and the Sixers seem to be ready to take the next big step as they prepare to face the Celtics in Boston.

There’s no more LeBron in the East, and the position on the throne is totally up for grabs. As I just stated, the Sixers “seemed” ready. Based on their performance in Boston on October 16, this team is far from ready to take over the conference. There are many factors that can be discussed in this Boston-Philadelphia matchup: the vast improvement of Jayson Tatum, Ben Simmons’ redemption after a horrid performance in the playoff series this past spring, what Markelle Fultz’s role will be moving forward, so on and so forth.

But when you really sit back and look at what happened in this game, it’s quite simple. The Sixers got embarrassed. The excuse that this game meant nothing because it was so early in the season is futile.

The only thing that stands between the Sixers and being one of the truly elite teams in the NBA, is the Boston Celtics. It is very likely that these two teams face each other in the Eastern Conference Finals come May.

This is certainly not to discredit the threats of Toronto and Indiana, but I firmly believe that if the Sixers can overcome their pattern of failure against the Celtics, then they can defeat anybody in the East.

Somehow Markelle Fultz has found a way to be one of the most talked about players in the league without actually playing very much basketball at all.

There was a similar narrative in the cases of Joel Embiid and Ben Simmons.

However, Fultz’s story has been particularly interesting because most people still don’t truly understand why he wasn’t on the floor last season (myself included). But instead of holding this against him, most Sixers fans and other people around the league have been pretty adamant about allowing this kid to develop and get as close as possible to reach his potential as the number one pick in last year’s draft.

That is why head coach Brett Brown decided to move sharpshooting veteran J.J. Redick to the second unit while allowing Fultz to take his place at the two-guard position.

Another thing that Sixers fans (myself included) have been particularly adamant about is Fultz actually shooting the basketball. You’d think that a guy who averaged 23 points per game as a college freshman would have no problem creating his own offense.

However, I fully understand that there are many other elements that affect Fultz as he tries to be successful on the floor. It’s a mental thing. The first half of this season will basically be equivalent to Fultz finishing out what should have been his rookie season.

There are many things that Fultz has to grasp while still dealing with the pressure of being thrown into a prominent role on a team that has very high expectations. Not to mention, there’s also the overwhelming atmosphere that comes with being a professional athlete in Philadelphia.

However, the most important thing for Fultz right now is that he continues to build his confidence. The coaching staff plays a big part in making sure that this happens.

Although he’s been a starter, Fultz has seen very limited action in late game situations. Of course, outside of Joel Embiid, Redick is the go-to guy in clutch moments based off of his ability to shoot the ball as well as his experience over time in the NBA.

Right now, he is averaging 9.6 points and contributing 3.6 assists per game.

When Simmons was out with an injury on October 23, he seemed pretty confident running the offense against the Detroit Pistons. However, he only played 21 minutes.

Shot selection and decision-making are the general issues that most young guards struggle with. The only thing that is truly worrisome while watching Fultz play is that he does not seem confident at all in his ability to score the basketball.

Nevertheless, the shot looks a lot better and Fultz is a very talented player. I believe as this team grows and becomes more confident, things will become easier for this kid on the floor. There is still hope for Embiid, Simmons, and Fultz to become a big 3 in the future.

3. Where is the defense?

I’ll spend the least amount of time talking about the most frustrating issue: defense. Defense is like love – it’s one of those words that we use a lot, but we don’t always act on or know what it looks like.

Joel Embiid, Ben Simmons, and Robert Covington all have the potential to be NBA All-Defensive Team performers. For whatever reason, their individual defensive prowess does not translate into team success on the defensive side of the floor.

Numbers aside, Philadelphia has a big problem with defensive execution. There are way too many open shots and way too many unnecessary switches.

The Sixers have allowed their opponents to score 113.5 points per game so far this season. Against the Pistons, they allowed 133 points, 50 of which belonged to Blake Griffin.

There are two sides to this issue: lack of discipline from the players and lack of clarity from the coach. Brett Brown needs to buckle down on exactly what he expects from this team defensively. The absence of toughness on this side of the floor can eventually translate into an overall identity crisis for the team.