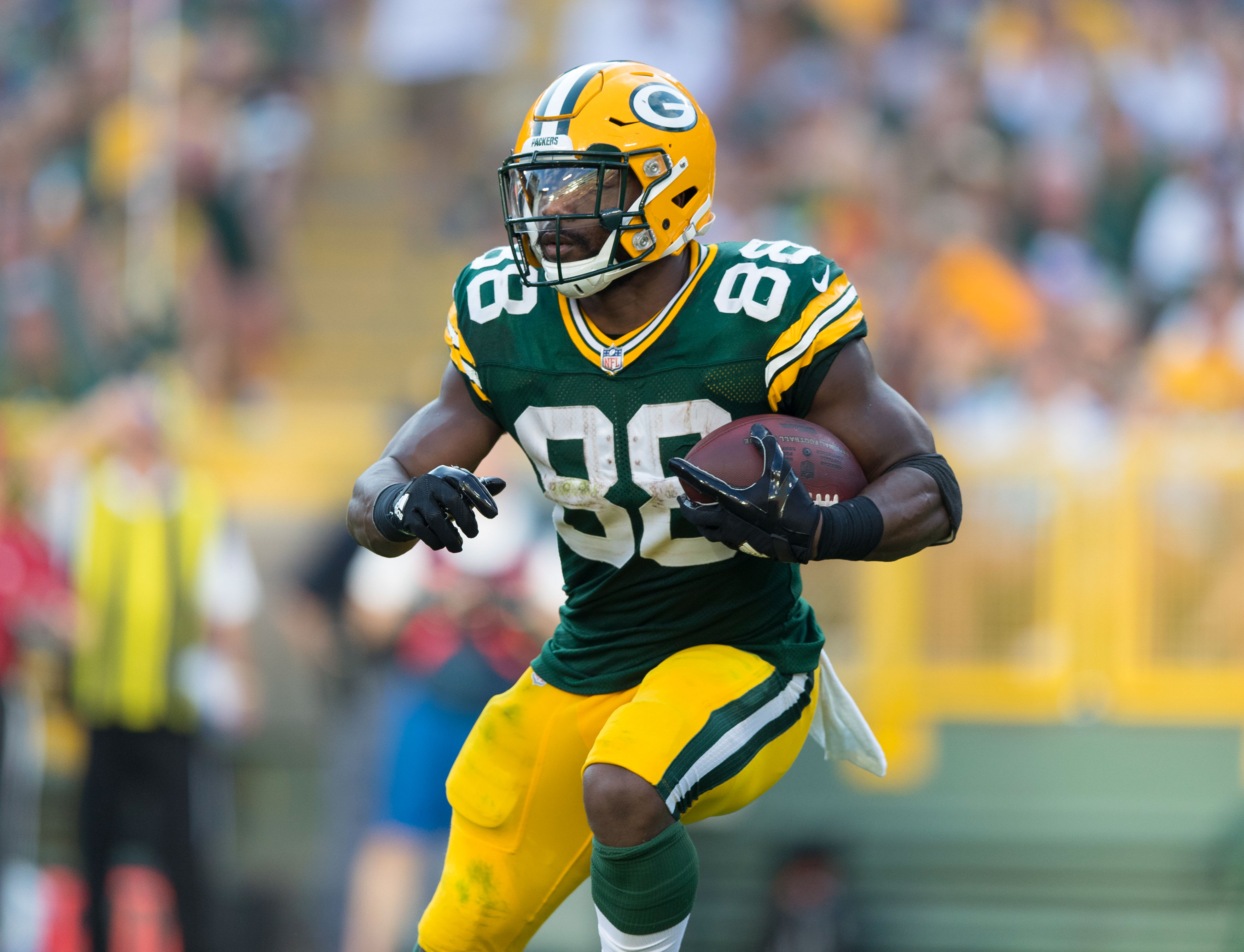 Packers rookie GM Brian Gutekunst continued to reshape his roster during Tuesday’s NFL trade deadline. The Packers traded running back Ty Montgomery to the Baltimore Ravens for a seventh-round pick in 2020 and then dealt starting safety Ha Ha Clinton-Dix to Washington in exchange for a fourth-round pick in 2019.

Both Montgomery and Clinton-Dix had raised controversy with their comments to the media in recent weeks and neither player figured in the team’s long-term plans.

With these two moves, Gutekunst continues his makeover of the Packers roster, eliminating more players selected by his predecessor, Ted Thompson who don’t fit the mold of the type of team he wants to create.

The trade of Montgomery was not a big surprise. The wide receiver turned running back saw his role diminished this season. Last Sunday in the Packers loss to the Rams, Montgomery made a key fumble on a kick return late in the game that prevented the Packers from getting one last chance to march down the field and win the game. Coach Mike McCarthy indicated he told Montgomery to down the ball if the kick sailed into the end zone, but Montgomery attempted to return the kick and fumbled on the play.

Shortly after the game, Montgomery voiced his frustrations to the press when asked why he attempted to return the kick. “I wasn’t playing very much, and I wasn’t able to make a play and I was frustrated about that,” Montgomery said. “I don’t fully understand what my role is right now, what I’m supposed to be doing, how I’m supposed to help this team. And it’s frustrating when I want to help the team and I get limited opportunities, and it didn’t happen on that play. So, I came off frustrated about it.”

Worse yet Montgomery’s actions seemed to anger his teammates who questioned his motives. “They took him out (the previous drive) for a play and he slammed his helmet and threw a fit,” an anonymous Packers player told NFL.com. “Then (before the kickoff) they told him to take a knee, and he ran it out anyway. You know what that was? That was him saying, ‘I’m gonna do me.’ It’s a f—— joke. I mean, what the f— are you doing? We’ve got Aaron Rodgers, the best I’ve ever seen, and you’re gonna take that risk? I mean, it’s ’12’! All you gotta do is give him the ball, and you know what’s gonna happen.”

At that point, Montgomery’s value to the team was no longer worth the trouble. As a result, Gutekunst dealt him to the Ravens.

Unlike Montgomery, Clinton-Dix was a starter. He was the Packers leading interceptor and played nearly every defensive snap for the Pack this season.

However, the former first-round pick was inconsistent, making big plays and creating turnovers, but then giving up big plays when taking poor tackling angles or blowing assignments in pass coverage.

In addition, the former Alabama star was scheduled to become a free agent at the end of the season and Gutekunst clearly felt it was not worth paying Clinton-Dix the significant salary he would command to prevent him from hitting the open market.

Clinton-Dix also made a statement to the press about his status with the team a few weeks ago. He told reporters that he did not expect to be back with the Packers next season.

This was viewed as a distraction to the team and a ploy to make his negotiations with the Packers an issue for the public.

Gutekunst didn’t see Clinton-Dix back with the club and struck at the deadline to get something in return for him rather than lose him for nothing at the end of the season.

Still, a fourth-round pick is not a great return on a player who was a first-round selection in the 2015 NFL draft. Gutekunst felt the team would be better off without Clinton-Dix in the locker room and on the field.

With the departure of Montgomery and Clinton-Dix, the Packers now have only four players left on their roster from the 2013, 2014 and 2015 drafts combined. One of those players is Jake Ryan who is out for the season due to injury. These are players that should be in their prime now and the fact that they didn’t pan out is a reason for the Packers struggles this season.

These moves show that Gutekunst is aggressive, bold and no-nonsense. He has a goal in mind and won’t hesitate to pull the trigger on deals that move out players who don’t fit his vision of the team in the future. These moves are addition by subtraction to the rookie GM and he feels they will make the team better in the long run.

For now, Gutekunst is stockpiling draft choices and building the Packers team he wants to see. All the players on the roster have been put on notice that dissension and the airing of locker room conflicts to the press won’t be tolerated. If they want to stay Packers, they will fit in with the team concept Gutekunst has in mind.

The immediate question becomes what does this mean for the 2018 Packers? We will all find out the answers to that in the next few weeks.