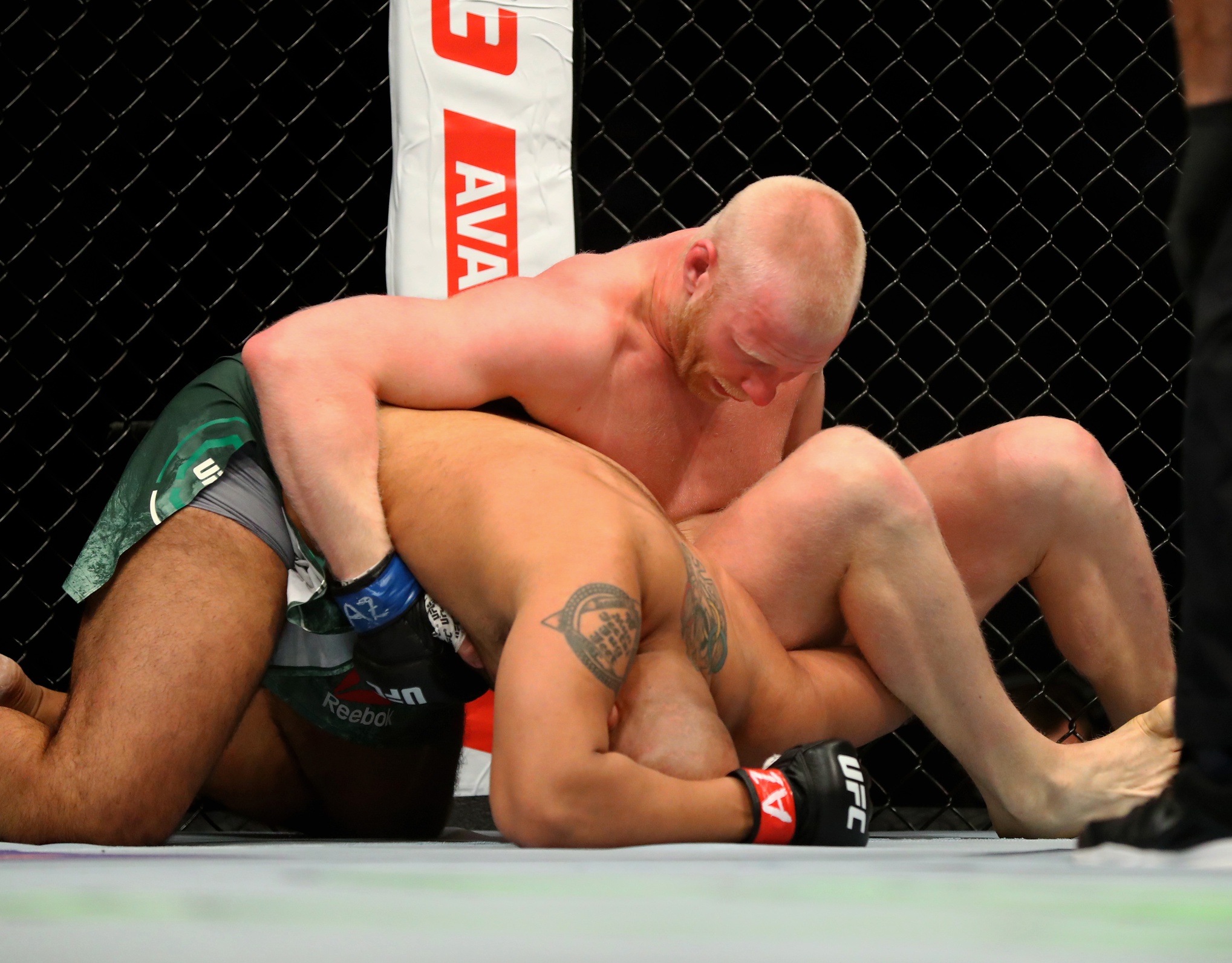 Well, we didn’t get to 15 straight prelim victories thanks to an untimely kick to the head. Nevertheless, we’re ready to start a new streak of successful prelim card fighters. Check out who is set to break out this weekend.

There’s a lot of reasons to like Adam Wieczorek as a heavyweight prospect. The fact that he is only 26 and has two wins at heavyweight puts him in a category few other fighters can claim to be in. What is most impressive though is not his age; it’s his size and how he uses it.

At 6’5″ he’s a fairly tall heavyweight, but not particularly big. His long frame serves him particularly well when it comes to grappling. With six of his 10 wins coming by submission, he’s quickly become one of the more deadly heavyweights on the ground. And he’s equally good on top as he is on the bottom, as is evident by his recent omoplata victory over Arjan Bhullar.

At heavyweight, we are often hesitant to get too excited about young prospects. Especially young Europeans who are lean and tend to prefer grappling (see Struve, Stefan). This, paired with a style that doesn’t exactly wind up on Sportscenter, means Wieczorek has gotten less attention than he deserves.

Although Wieczorek isn’t particularly strong, he will be facing off with a guy who has fought most of his career at 205 lbs. As a result, you can expect him to be closer to equal strength than he has with any of his past opponents. Add in the fact that Marcos Rogerio de Lima has been submitted three times in his last five fights, and it seems like a no-brainer that the Pole is taking home a limb this weekend.