Same old story for Wizards in loss to Grizzlies 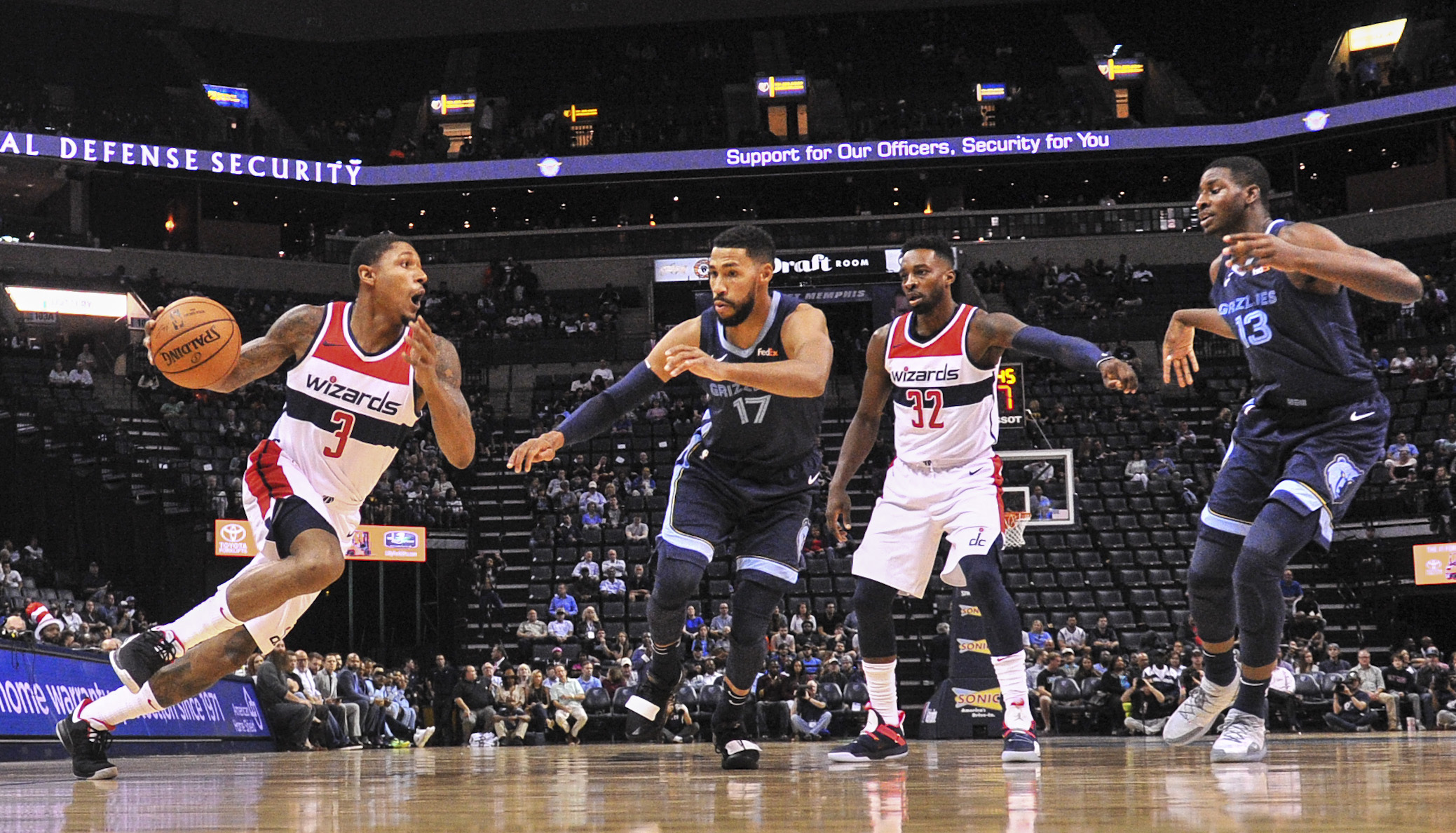 Same old story for Wizards in loss to Grizzlies

The Washington Wizards are 1-6, which is arguably a worse start than there 2-8 record to begin the 2016-17 season. They won 49 games that year, but this team doesn’t show any reason to believe that they will turn it around again. It was not necessarily rebounding and defense (at least not as glaring as past games), but the road team continued to be a let down early in the season.

The Wizards had 20 turnovers that the Grizzlies cashed in for 17 points. Washington had just four more assists than their double dime number of turnovers. Aside from the Kings game, the Wizards had been doing a decent job protecting the rock to start the season. Against a scrappy defensive team like Memphis, that was not the case. John Wall had nine turnovers alone, two shy of tying his career-worst. Marc Gasol was credited with five steals, unprecedented for a center, and slo-mo Kyle Anderson had four to his credit.

Horrendous start to second half

Before intermission, things were going alright for Washington. Sure, they trailed 46-45 but as long as they maintained their defensive effort, limited their 13 turnovers, and Bradley Beal wasn’t 1-of-7 from deep, one would think the Wizards would be just fine. Wrong. Memphis blitzed the heck out of Washington to the tune of an 18-1 run. Conley floater, Gasol three, Mack floater, Conley layup, Anderson floater, Conley three, Temple free throws, Gasol dunk. In the blink of an eye, the game was out of hand. The Wizards did not score a field goal until 5:42 into the second half. Behind Kelly Oubre’s 10 points on 4-of-5 shooting in the third quarter, Washington made a 21-8 run that got them to within six, but they would not get closer than four the rest of the game.

Same old story, until when?

Scott Brooks can say that the team just has to stick together (when in reality it may already be fractured beyond repair) and it is a long season all he wants, but the fact of the matter is the Washington Wizards are not a mature enough basketball team to night in and night out put forth the maximum amount of effort for a full 48 minutes to get the job done. In a season that Ted Leonsis deemed to have “no excuses”, there may be no excuse not to blow up the core that has been intact for more than a few years now in hopes of a rebuild or in following the Raptors model, a retool. Of course, John Wall’s four-year, $170 million contract hinders the flexibility available in all of that.

Would love to hear what Garrett Temple said to Bradley Beal and John Wall. Beal's reaction straight up looks like, "shit I don't know" as if Temp asked what is wrong with the Wizards. pic.twitter.com/ChAEYe1MgZ

Our Josh Vinson was in Memphis to cover the game so you can check out the highlights of post-game availabilities from Scott Brooks, John Wall, and Bradley Beal below. After calling teammate(s) out earlier in the road trip, Wall and Beal mostly stuck to the PR approved talking points after another frustrating loss.

Scott Brooks continues to harp that it is early and #Wizards will come out of it: "Setbacks always make for great come backs. We've had a minor setback right now, keep working together, the comeback's going to be fun." pic.twitter.com/raeOCSz0tj

John Wall:
"A little frustration, this is not the point where we wanted to be."
"Everybody locking in, everybody being committed starting from me."
"Me, do a better job of taking care of the ball."
"Only people you got, that's going to be for you is the people in the locker room" pic.twitter.com/iiVlS1PX2D

Bradley Beal:
"We didn't guard [in the second half]."
"We're not happy, but we'll stay together, stick with it."
"Nobody is more frustrated than we are in this locker room."
"It's not like we don't like each other." pic.twitter.com/H4u1IL6CQ5

Next Game: The Wizards return home for a matchup with the Thunder on Friday night on ESPN (which means they will look like Eastern Conference contenders in an impressive win, amirite?)