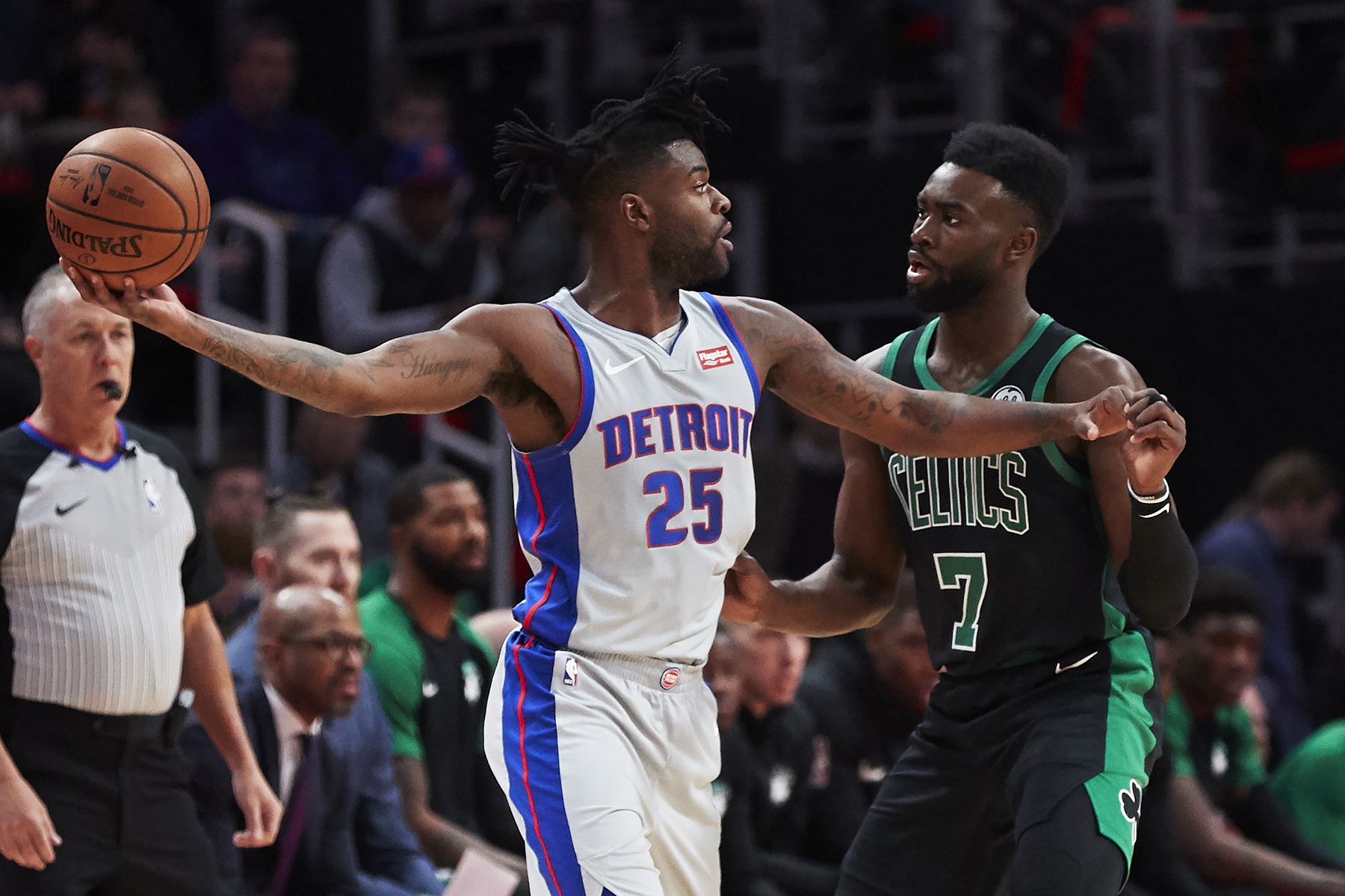 The Milwaukee Bucks are coming into Boston undefeated and looking to flex some muscle to prove they’re real on national TV tonight. Things might be a little easier than expected tonight because Jaylen Brown will be a game-time decision with what he says is a bout of plantar fasciitis.

“He didn’t go through much this morning,” said head coach Brad Stevens at morning shoot-around. “So I don’t know how likely it would be that he would play.”

“It’s pain across the foot so any time I try to put pressure on it and take off and run I feel pain shoot across the foot,” Brown said. “I don’t think it’s going to keep me out long-term, we just have to manage it properly.”

“If it was a playoff game I’d try to play through it but the concern is it’s an 82 game season so they’re kind of reeling me back,” Brown told reporters.

The big issue for Brown is that he’s finally starting to find a groove after struggling early on with his offense. His true shooting percentage is currently .451, down from last season’s .562 and a career .548. There is simply no aspect of his shooting that’s been working until the past couple of games, and any sort of time away from the floor can really hurt the progress he’s been making.

“I definitely want to be on the floor as much as possible so I can continue to stay in rhythm,” Brown said. “It’s gonna be a challenge all year, staying in rhythm, so, hopefully I’ll be able to feel a lot better tomorrow, closer to 100%.”