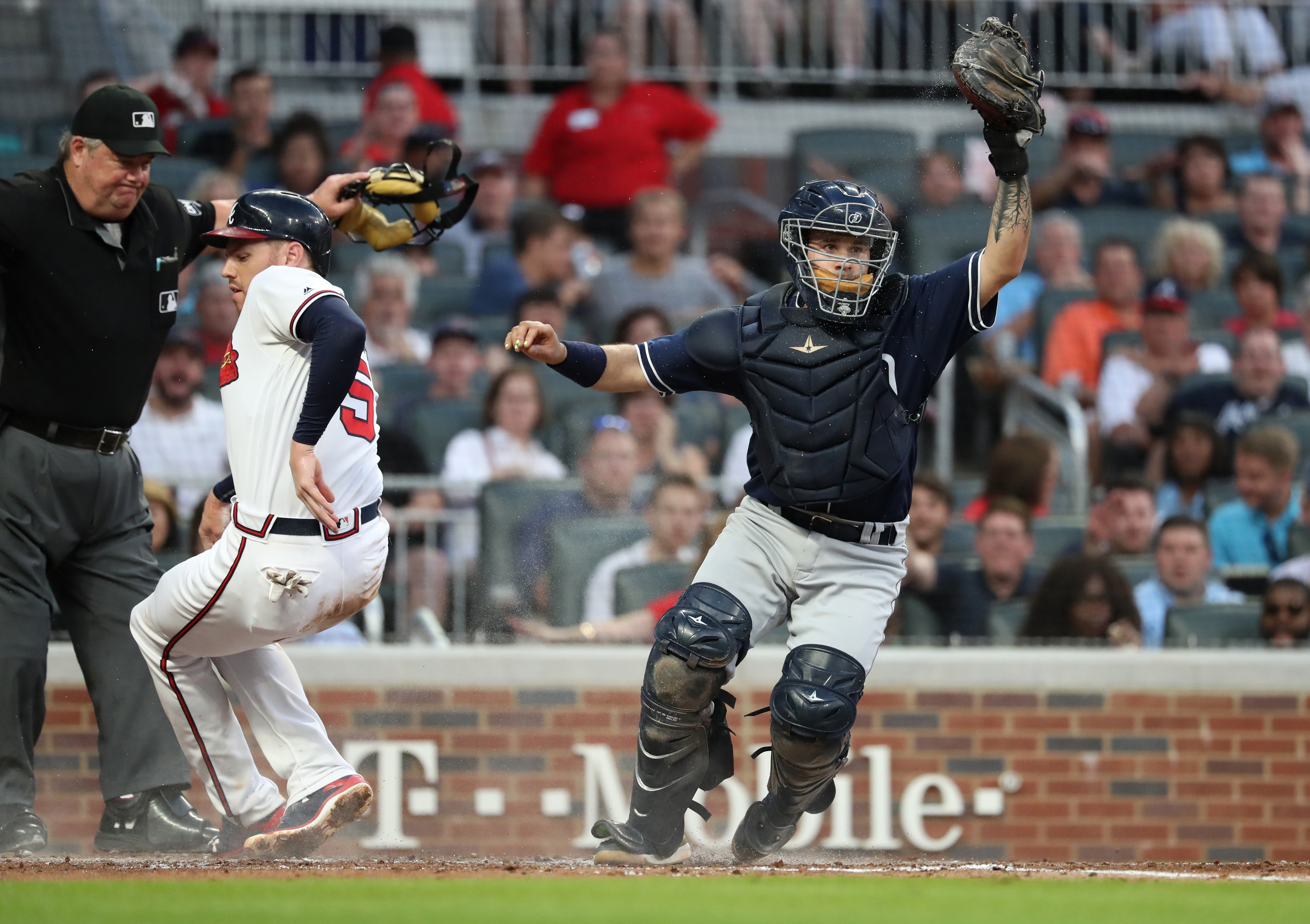 The offseason is just bumping, y’all.

First, the Braves outrighted pitchers Jacob Lindgren and Jose Ramirez, along with outfielders Lane Adams and Preston Tucker, to Gwinnett – essentially making them all free agents in the process. Lindgren is a bit of a different case because, unlike the other three, he’s not a seven-year minor league free agent. However, because he has been outrighted before, he can choose free agency.

The Braves also lost outfielder Michael Reed on waivers to the Twins. Reed had a tremendous run in the minors last year, but the Braves weren’t that excited about bringing him back. Sometimes, you just have to trust the scouts.

Next, Atlanta reinstated pitchers Grant Dayton, Luiz Gohara, Darren O’Day, and Mike Soroka from the DL. As I went over in a recent column, Atlanta had to add them to the roster or lose them. Dayton’s addition was a bit surprising, though. The lefty broke out with the Dodgers in 2016 and was off to another good start in 2017 before injuries eventually led to Tommy John surgery. He’s out-of-options, but also not arbitration-eligible for another year.

Atlanta would finish the day by acquiring catcher Raffy Lopez from the Padres in exchange for cash. First trade of the offseason. How hyped are you?

Okay, so this deal isn’t a huge one, but this is a Braves blog so we need to look at trades big-and-small. A former Florida State Seminole, Lopez was originally drafted by the Cubs back in 2011 as a 16th-rounder. He hit extremely well right off the bat, but as he progressed up the ladder, the offensive value decreased. He did briefly play for the Cubs in 2014, going 2-for-11. The following year, he was traded to the Angels for Manuel Rondon. The Angels quickly cut bait and Lopez began a run through the league that becomes quite typical for catchers who are good enough to stash in Triple-A, but not much else.

Lopez logged time with the Reds (0-for-7) and Blue Jays (.769 OPS in 63 PA) before signing with the Padres last offseason. He set many new personal highs as he played in 37 games. However, he hit just .176 with an abysmal .549 OPS over 117 PA. He did have his second straight good season in Triple-A, though with his age (just turned 31), it’s not too much to write home about.

But Lopez has one thing that intrigues the Braves that they couldn’t find from a third catcher in 2018. They can simply option him to the minors. Whereas Atlanta ran through Chris Stewart, Carlos Perez, and Rene Rivera when they needed a backup catcher, with Lopez, they don’t have to designate him for assignment to get him off the roster. Surprisingly, that’s been the common way teams sent Lopez to the minors in previous years, which gives him one more option to use.

Defensively, there are few complaints with Lopez. He has solid framing metrics, a decent pop time, and a good arm. While none of his defensive skills will be lauded as elite, he’s good enough in a lot of ways to earn his reputation as a glove-first catcher. He’s even made a few cameos at first-and-third base over the last couple of years. Certainly, not a guy you want at an infield corner, but he has been there before.

Now, there is something at least a little interesting about Lopez. Most glove-first catchers with weak offensive numbers get that way because they have a level, make-contact swing that gives way to a plethora of groundballs. But Lopez isn’t that type of hitter. Nearly half of the balls he puts in play will be in the air. That leads to a pretty decent Soft/Medium/Hard layout as far as quality of contact goes.

The problem for Lopez is he gets too much lift. While many announcers hate discussing these type of things, there is a moment where a player gets too much launch angle for exit velocity to be effective. The average ball in play has a launch angle of 10.9 degrees. You want a bit more, but you need the exit velocity to withstand the extra lift. At 86 mph since 2016, Lopez doesn’t get that kind of velocity. Even if he did, Lopez’s launch angle of 18.4 degrees is insane. Even Aaron Judge doesn’t get that much launch angle.

Of course, there’s a reason why Judge was a top prospect and you just heard of the name Rafael Lopez today. I’m not saying that Lopez is going to become a surprise offensively for the Braves. There’s a low chance of that. But there’s enough here to think with the right adjustments under the tutelage of Kevin Seitzer, the Braves might get a bargain on a backup catcher with a decent bat and good defensive skills.

Either way, it’s nice to talk about offseason moves even as minor as these were.