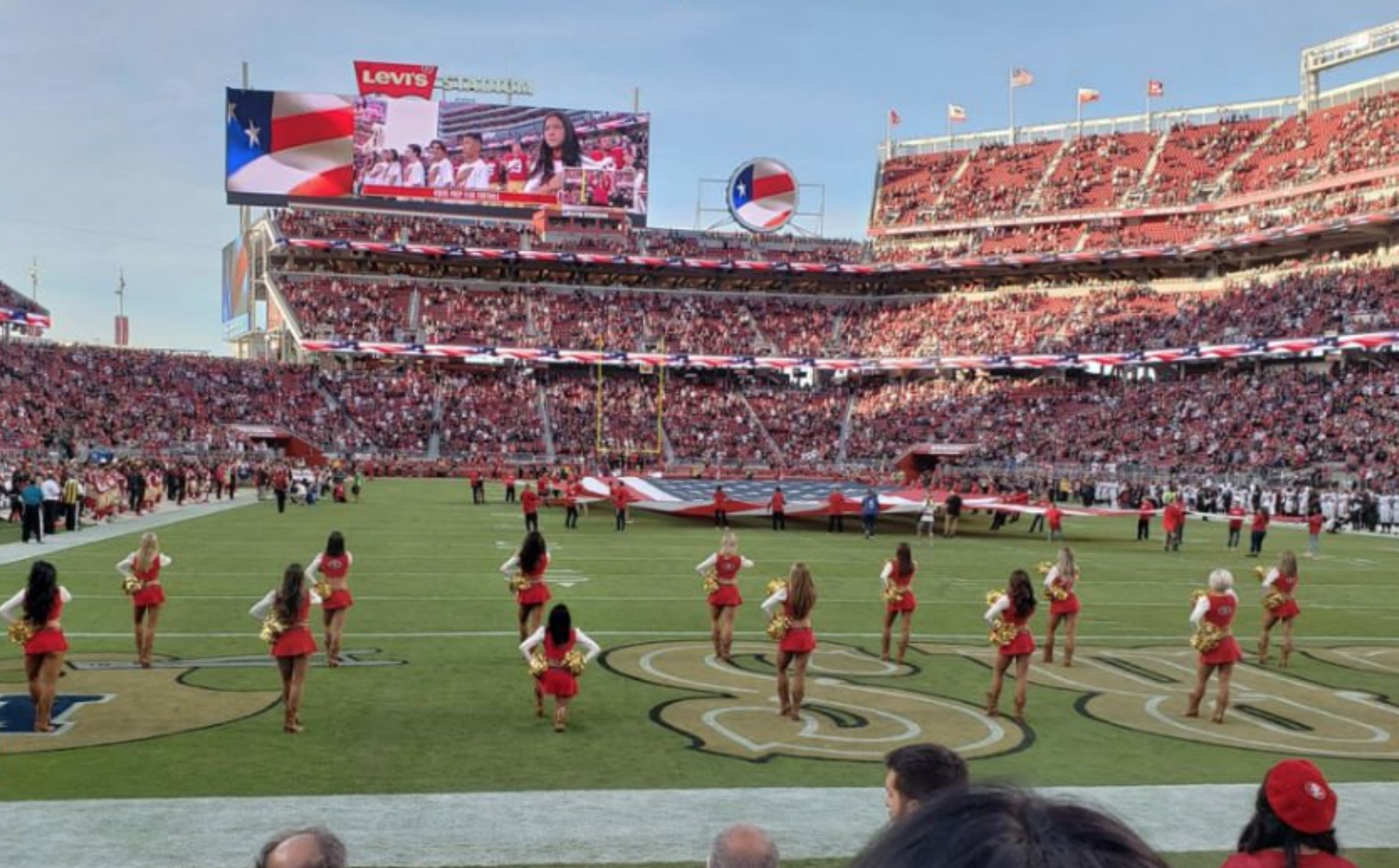 The NFL has quietly handled the national anthem controversy, and we haven’t really seen many players taking a knee this season. It has happened a few times during the 2018 campaign thus far, but the players that have kneeled have been fairly quiet about it, and have voiced their opinion in a subtle manner.

That’s why what happened before Thursday’s Raiders-49ers game at Levi’s Stadium was a bit surprising.

A 49ers cheerleader was seen kneeling during the national anthem, which isn’t something we’ve seen before in the past at the NFL level.

Former 49ers quarterback Colin Kaepernick was the first NFL player to begin kneeling during the national anthem as a form of protest, which he did during a preseason game in 2016. As such, it was interesting that a 49ers cheerleader elected to follow suit on Thursday.