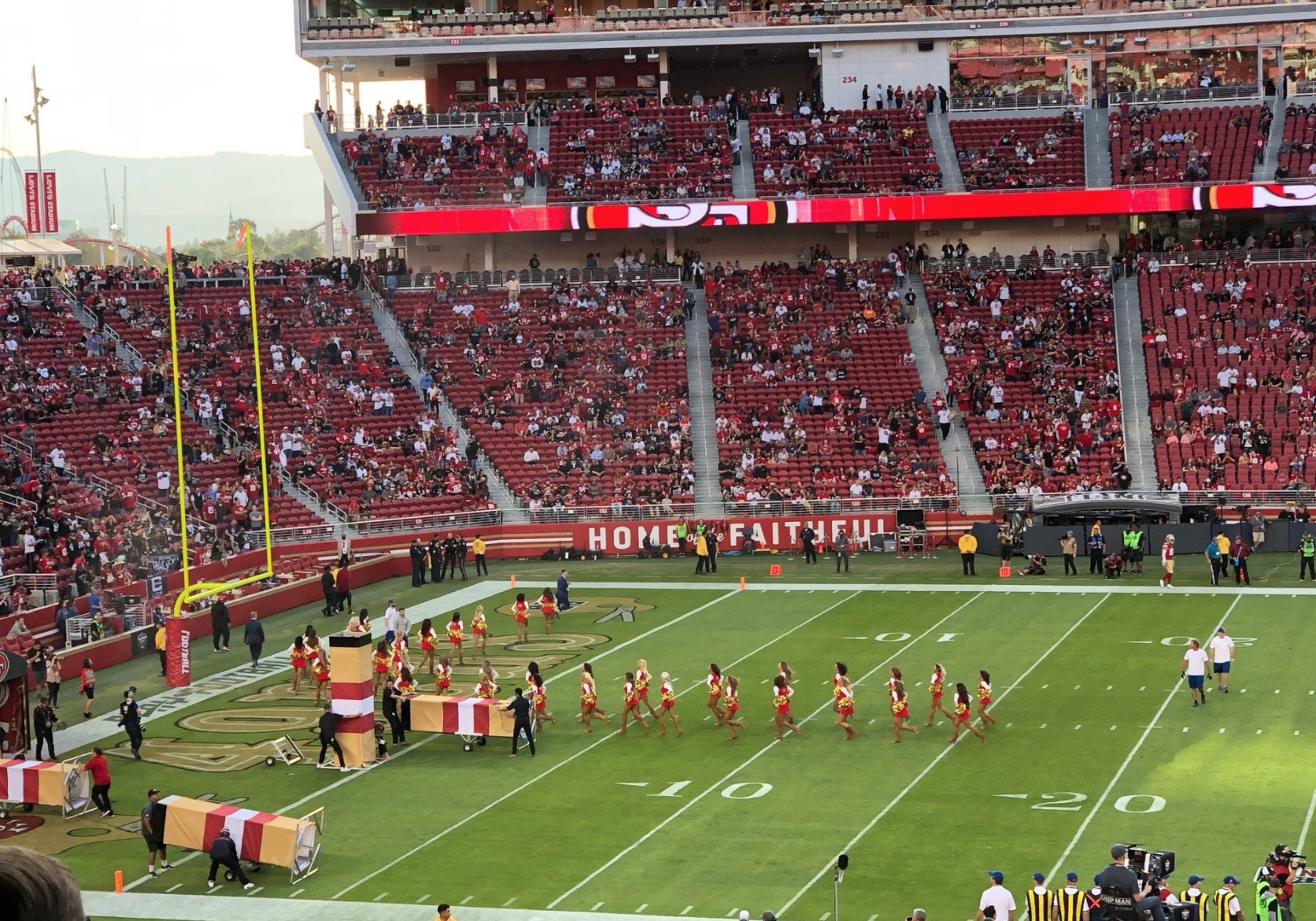 The 49ers hosted the Raiders on Thursday night, but there really weren’t many fans in the stands to watch the game.

It was a bit surprising, given that the interstate rivalry between Oakland and San Francisco tends to draw a lot of fans, no matter where the game is being played.

Thursday’s game at Levi’s Stadium didn’t feature many fans of either team, though, probably because each squad has mustered only one win this season. Whatever the reason, there was very little crowd noise, and plenty of empty seats, as you can see in the photos below.

The 49ers may want to consider running some ticket promotions for the rest of their home games this season.