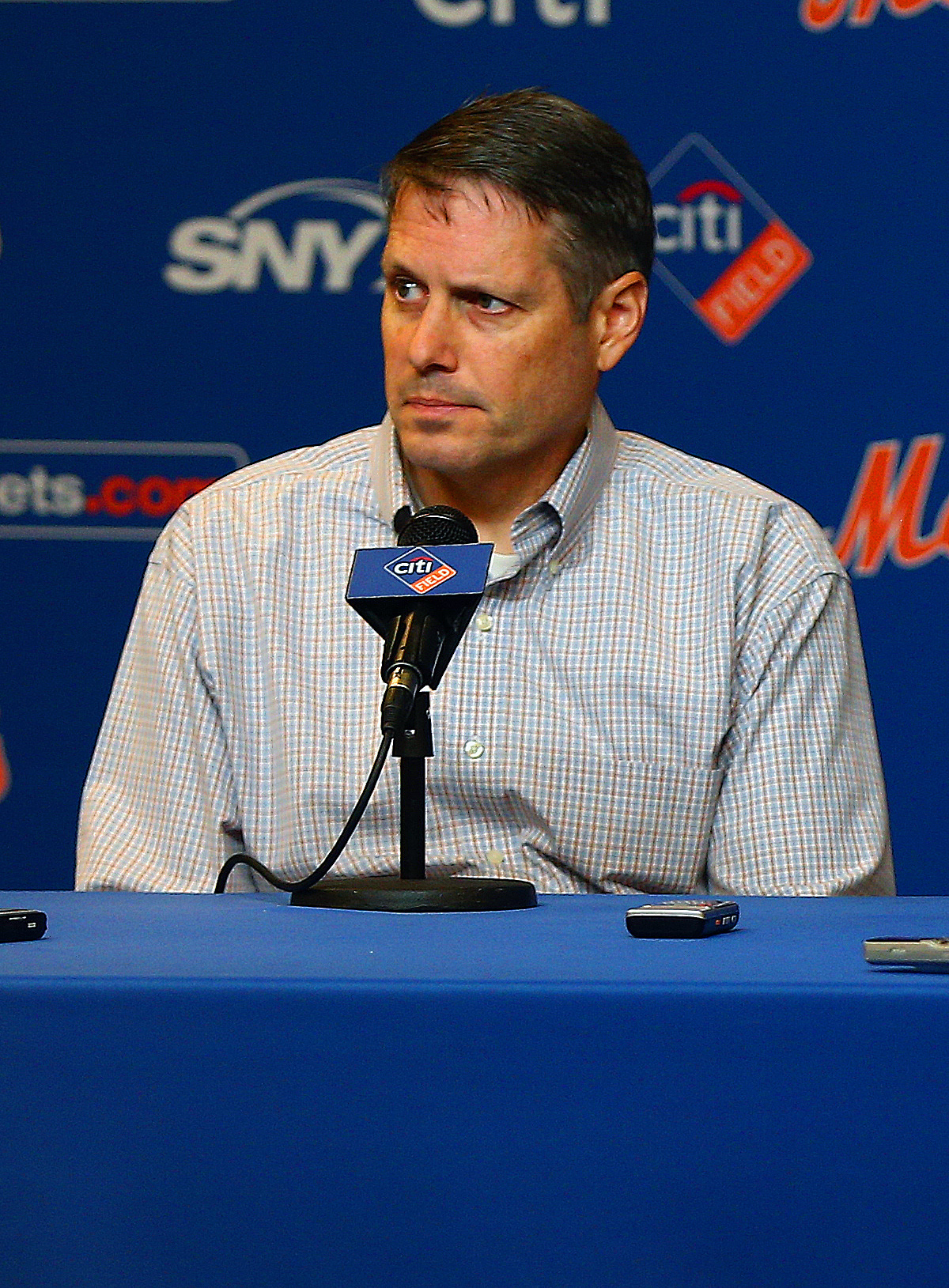 One of the first orders of business for the New York Mets’ 13th General Manager, Brodie Van Wagenen, is to put together a staff of people he wants to work with. Manager Mickey Callaway will be back for his second season, and Omar Minaya is sticking around to help guide Van Wagenen’s transition from agent to front office executive. Two of the Mets’ other assistant GM’s, John Ricco and J.P. Ricciardi, may opt to move on and seek out new opportunities, SNY baseball insider Andy Martino reports.

The Mets have made it known publicly that both executives are welcome back, but Martino notes that longtime friends of Ricco believe he will move on now that the new hire is in place. Ricco has been a part of the Mets’ organization since the early 2000’s and helped COO Jeff Wilpon conduct interviews to replace Sandy Alderson, but it would make sense for him to move on from an organization that twice bypassed him for a promotion to GM. Ricciardi has another year remaining on his contract, but sources within the organization indicated to Martino that they believed Ricciardi would depart as well. Sandy Alderson was the man who hired Ricciardi to join the front office, and Alderson’s contract with the Mets quietly expired yesterday.

Ricco and Ricciardi had previously teamed with Minaya to run the Mets’ front office on an interim basis after Alderson stepped down in June. If both men leave, it will be interesting to see who Van Wagenen picks to replace them since he made it clear that he wants to have multiple assistant GM’s on staff. Minaya could fill one of those roles if he wants, and Terry Collins could also be a resource to Van Wagenen in terms of player development. Van Wagenen also has some choices to make in terms of the coaching staff, and while Callaway is safe the Mets could try shaking up his coaching staff. Baseball writer John Harper talked to a veteran scout for SNY who suggested that the Mets replace bench coach Gary DiSarcina with veteran manager Jim Riggleman, who was passed over for the Cincinnati Reds’ permanent job in favor of David Bell. Riggleman has a lot of experience as a manager in the National League and could help Callaway grow on the job in a way that DiSarcina simply isn’t equipped to at this point.

All of these staff decisions will have to be made quickly with the GM Meetings coming up next week and free agency looming. Van Wagenen has a lot of work ahead of him, and it looks like replacing two of the Mets’ current front office executives is a task that will need to be added to the list. Even though both Ricciardi and Ricco are clearly capable of doing a good job, it is probably for the best if they decide to pursue other opportunities. The Mets desperately need to have some outside perspective and new voices in the front office, and installing Van Wagenen while keeping the rest of the group intact would be counterintuitive. New blood should bring fresh ideas to help the Mets win now and for the next several years, a point Van Wagenen made sure to hammer home in his press conference Tuesday.