Why the Astros should re-sign Marwin Gonzalez 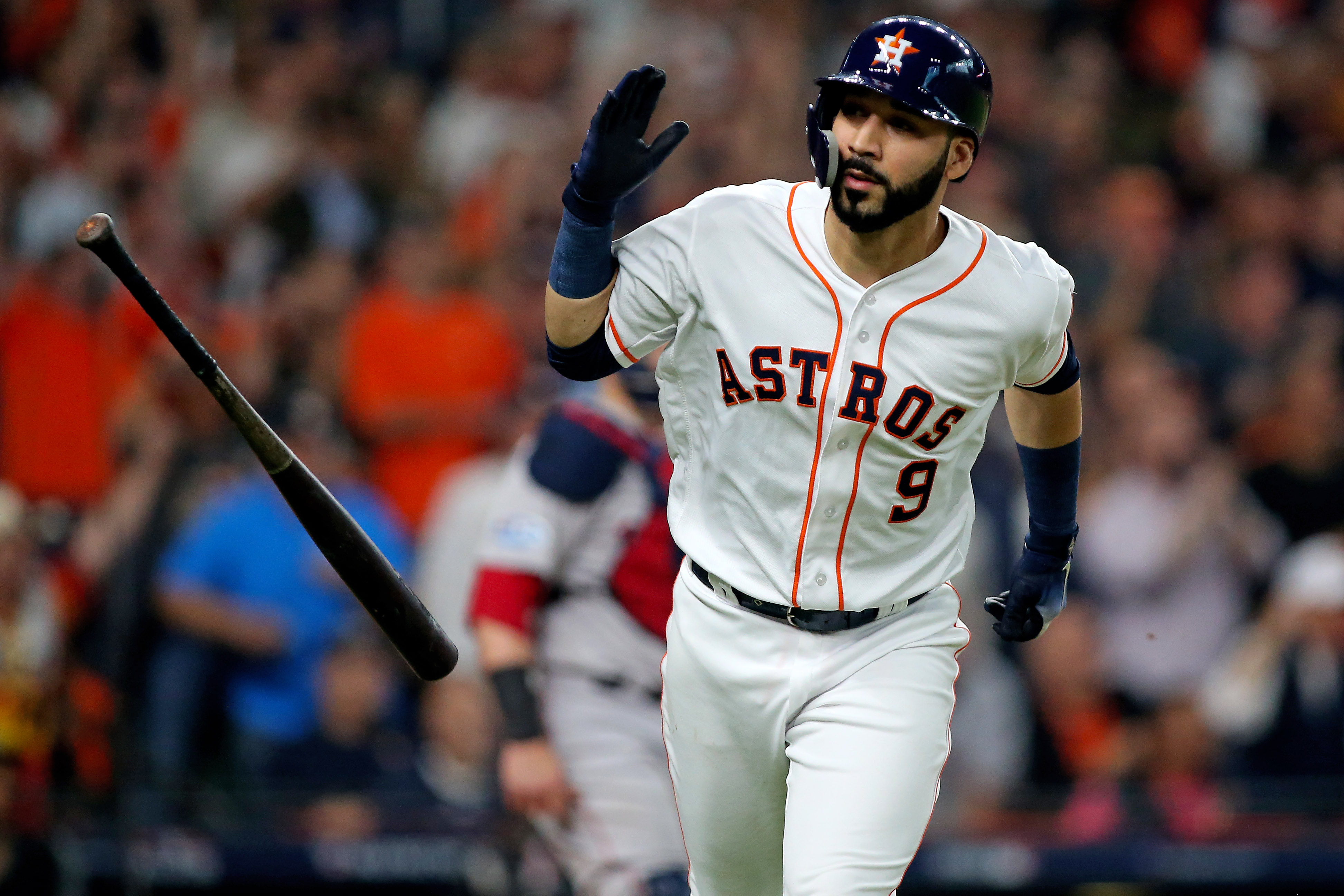 Why the Astros should re-sign Marwin Gonzalez

The World Series has come and gone, meaning the floodgates have opened for all thirty MLB teams. Some teams have to deal with rebuilding while star players are looking to find big paydays.

In the middle, we have Marwin Gonzalez.

The super-utility man from Venezuela is a free agent, after spending time with the Astros from 2012-2018. In seven seasons, the 29-year-old has produced a .264/.318/.419 slash line with 76 home runs and 292 RBIs. While he may not be the “sexiest” option in a free agency pool filled with the likes of Bryce Harper, Josh Donaldson, Manny Machado and Patrick Corbin, he still provides plenty of value to any organization.

With all of that in mind, the Astros should consider bringing Gonzalez back to Houston.

This season, Gonzalez did not help his cause. Starting off very cold, he was hitting .202/.253/.292 with a .545 OPS by May. After hitting 23 home runs with 90 RBIs last season he only slugged 16/68. What was interesting was his career-high 145 games played. His durability through a tough season is what is key here.

Astros manager AJ Hinch relied heavily on Gonzalez this season when several members of the Astros went down with injuries. While the team would have loved for him to get out of his slump, the fact that he was the last man standing was rewarding. It was during the postseason in which Gonzalez proved his worth. In eight games this postseason, Gonzalez had nine RBIs on nine hits. He played wherever he needed to be, something Hinch loved taking advantage of.

After the ALDS against the Cleveland Indians in which Gonzalez went 7-for-13, Hinch had the following to say about Gonzalez (via MLB.com):

“He’s a unique player because I can put him anywhere. I push him into left field because of the makeup of our team. At any given point on any team, this guy can literally play six positions every day. … As I’ve said before, he’s the answer to everything. We have a problem, we insert Marwin, and no matter what, he steps up in a huge way.”

In the World Series, we saw the Dodgers create a unique lineup. From Brian Dozier to David Freese, the team utilized pickups from the season to become role players. Whether on the bench or to give a regular some rest, the veterans were taking advantage of the opportunity and thriving. Now imagine that, but with one player.

As young talent in the Astros’ system are starting to emerge, there may be a limited amount of time Gonzalez would have. However, giving someone away as valuable as Gonzalez is maybe something the Astros would regret.