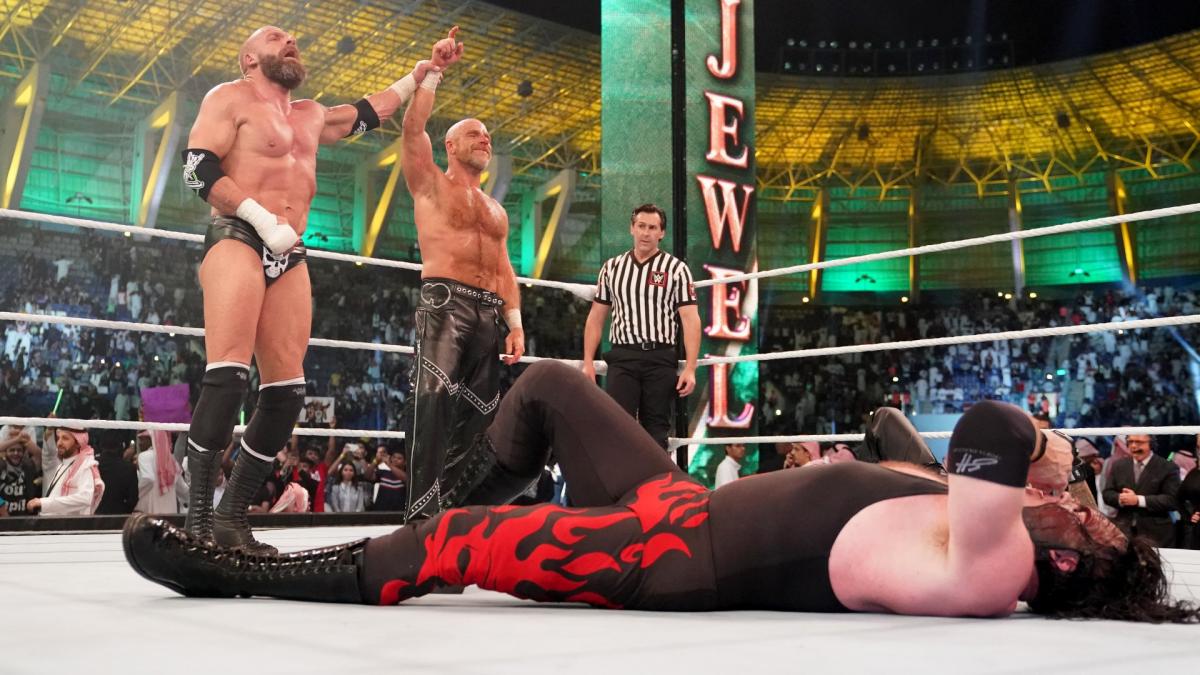 Triple H and Shawn Michaels reunited in a winning effort against The Undertaker and Kane at Crown Jewel. The match was the main event of course and saw WWE’s four legends come together for a sellout crowd in Saudi Arabia.

But unfortunately, it appears that Triple H came out of Crown Jewel much worse for wear. According to WWE, The Game has apparently suffered a torn pectoral muscle. Hunter is expected to return to the states for surgery.

The match between D-Generation X and The Brothers of Destruction was both extremely physical and highly intense. Fans in attendance responded overwhelmingly positive to the bout, which may have surprised some critics.

INJURY UPDATE: @TripleH sustained what appears to be a torn pectoral muscle during the #WWECrownJewel main event between #DX and The #BrothersOfDestruction. https://t.co/6KEEUsHf2v

One of the biggest surprises of the night took place when Shane McMahon won the World Cup Tournament. McMahon was at ringside during the tournament final between The Miz and Dolph Ziggler when Miz was supposedly injured outside of the ring. Rather than forfeit the match for SmackDown Live, Shane stepped in for the injured A-Liser and won the cup for the blue brand.