How high is Nick Mullens' ceiling? 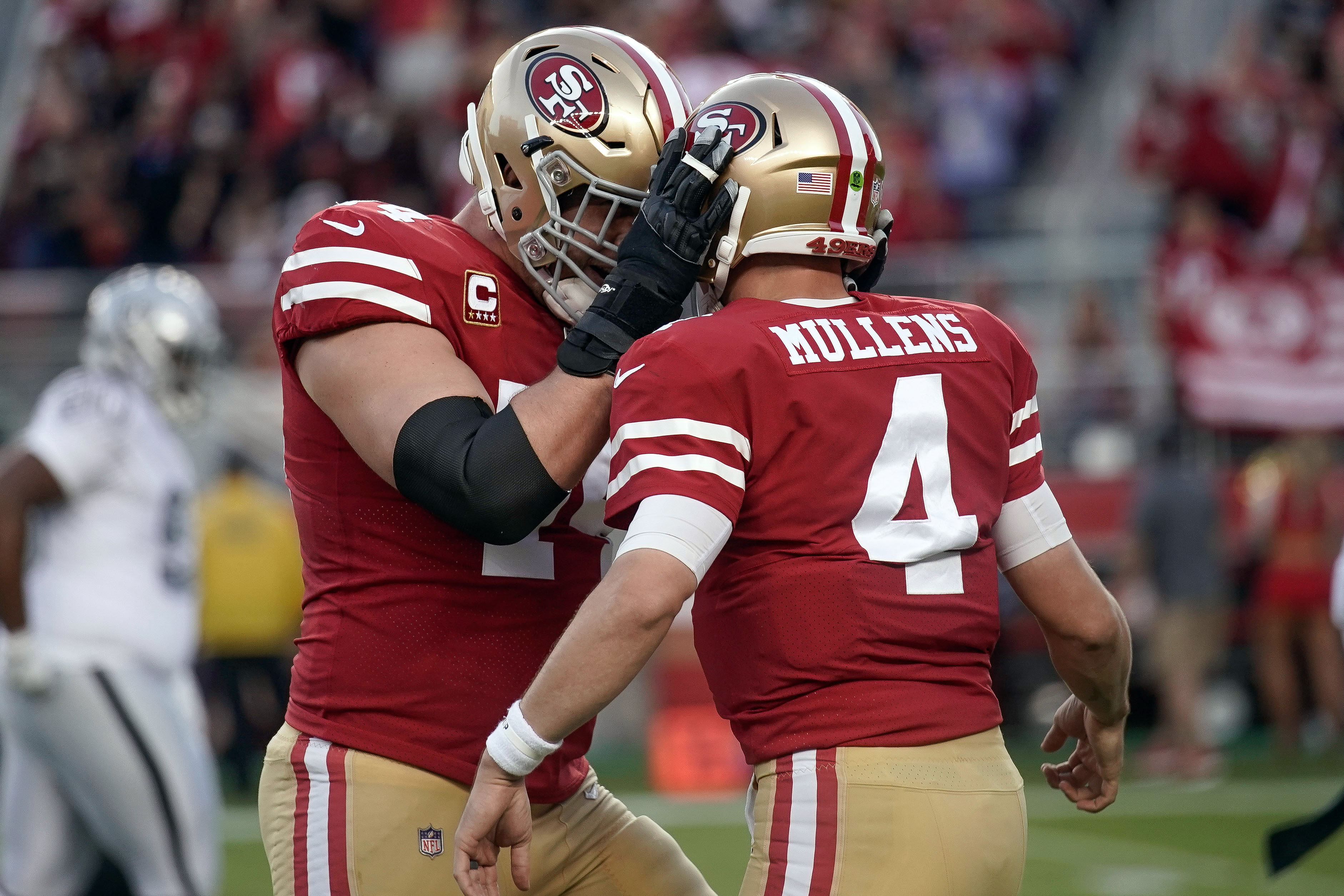 How high is Nick Mullens' ceiling?

49ers quarterback Nick Mullens put on an absolute show in Thursday’s game against the Raiders, which was a shock to, well — everyone.

Mullens put forth the best performance we’ve ever seen from an undrafted free agent in their first career start, as he looked like a poised veteran on the field. He finished the game with 262 yards on 16-of-22 passing, with three touchdowns, and no turnovers. He certainly outdueled Raiders veteran quarterback Derek Carr, who threw for only 171 yards, with his team mustering only three points in the 34-3 blowout loss.

Let’s get back to Mullens, though — specifically, how good he can be. He’s not the typical UDFA quarterback, as he was actually extremely successful in college. Here’s something you might not know: Mullens attended Southern Miss, and he broke Brett Favre’s records for passing yards (11,994) and touchdowns (87).

So how good can Mullens become?

Oddsmakers obviously didn’t believe in him, as the 49ers went from a three-point favorite to a 1.5-point underdog, following the news that Mullens would start over CJ Beathard. However, one particular betting advice site (which offers great racing advice as well) was high on Mullens. It’s one thing to go off his college stats, which were great, but it’s another to actually look as poised and comfortable in Kyle Shanahan’s offense as Mullens did, which is why we predict he’ll continue to have some success at the NFL level in the future.

At the same time, there’s reason to pump the brakes as well, as the Raiders defense is awful, and they looked like a team that quit after the first quarter. Missed tackles, blown coverages and no pressure on Mullens certainly made his job easier.

We’ll get a better idea of what Mullen’s ceiling could look like if he gets the start for the team’s next game against the Giants. Stay tuned.