Luke Walton says he has 'a great relationship' with Lakers 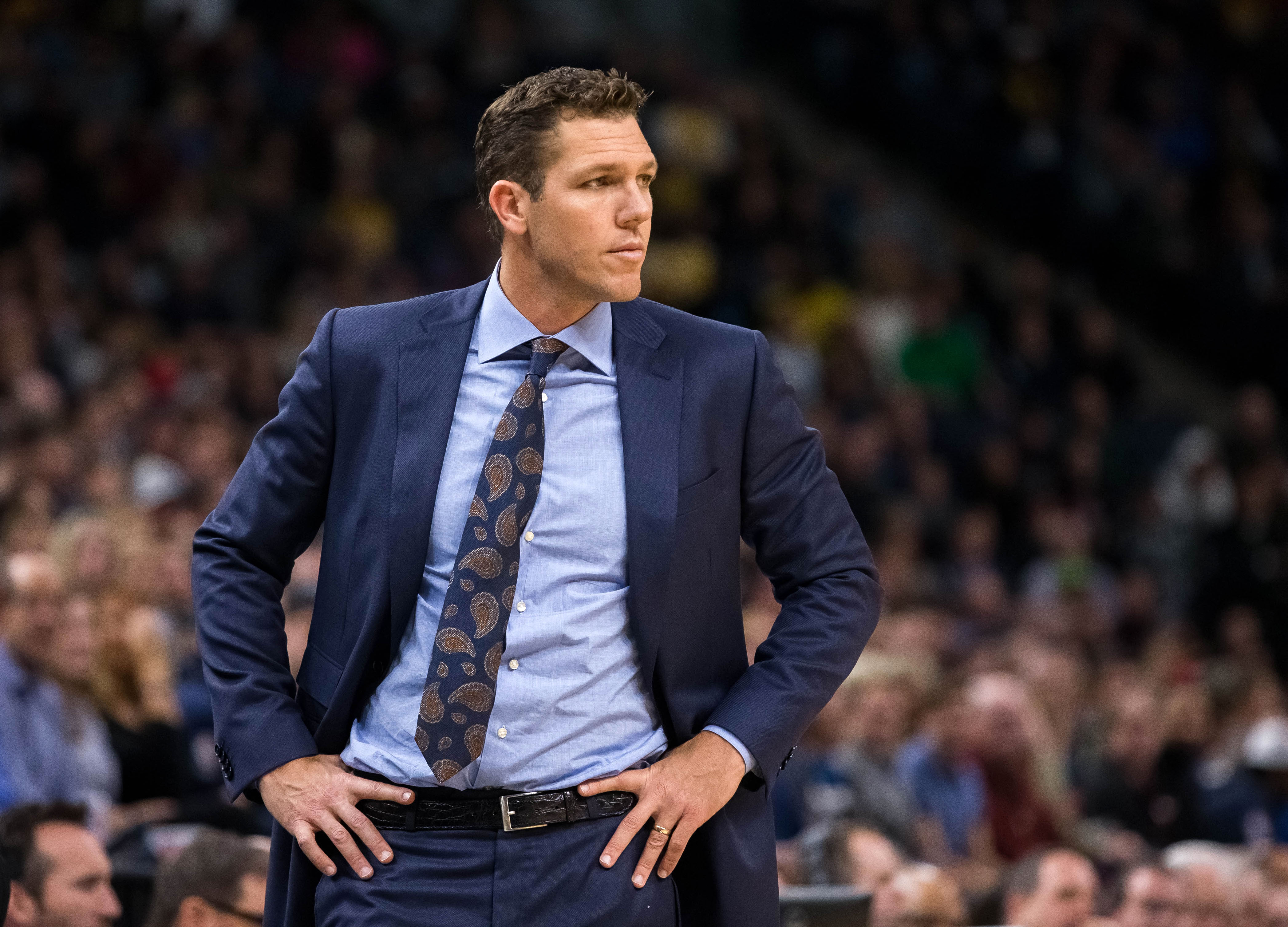 Luke Walton says he has 'a great relationship' with Lakers

Los Angeles Lakers head coach Luke Walton was in the spotlight on Friday morning after reports surfaced that team president Magic Johnson had met him to emphasize that the team needs to turn it around.

This has brought up questions concerning his long-term job security. In response to that, Walton has voiced that he has a strong relationship with management and has no doubts about his standing with his job, according to Ohm Youngmisuk of ESPN.

“I feel like I have a great relationship with management, yes,” said Walton, who spoke with general manager Rob Pelinka after practice and before the Lakers flew to Portland.

Asked if he feels he has job security, Walton replied, “I feel like I’m coming down here to do my job and coach.”

There doesn’t appear to be any concern from Walton about his job status with the franchise, but rather that he is secure in his position with the team. The Lakers have gotten out to a bit of slow start dropping five out of their first eight games played.

This had led to Johnson meeting with Walton about getting a stronger forward toward being a contending team while finding their identity offensively. It was something that wasn’t done with the intention of waving his job status over his head, but a sense of providing clarity and a greater sense of direction with the team.

Beyond that, it is clear that the Lakers want to pick it up getting into win column far more often especially with LeBron James leading the charge. It has raised the level of urgency while making clear that the team has big goals in mind this season to be in the playoffs and possibly much further than that. It is now on Walton to guide the Lakers toward success moving forward.