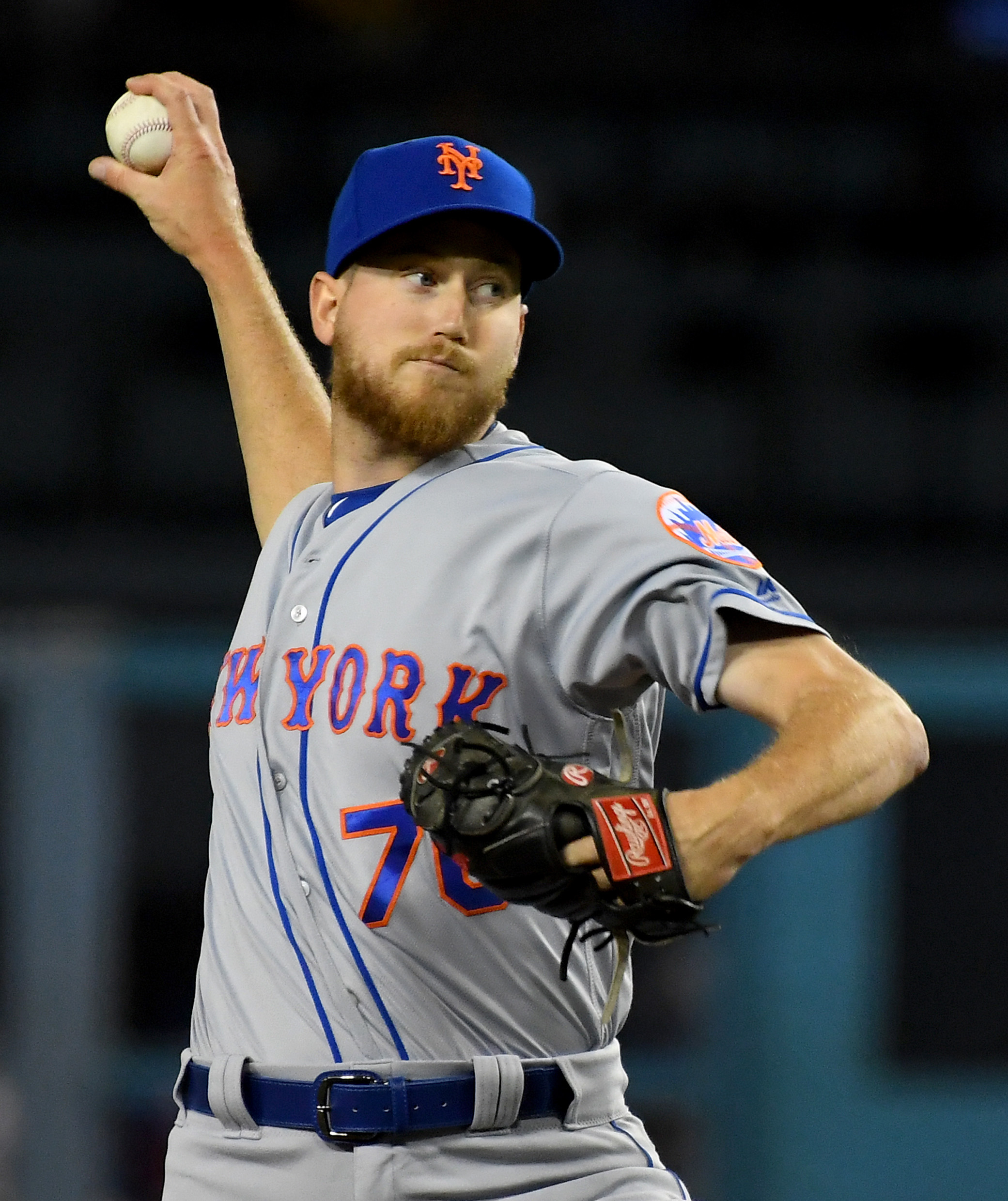 Now that the 2018 season is over for the New York Mets, we have been looking back at the year that was. After taking a more general view of the offense, pitching, and coaching staff, it’s time to take a look back at the Mets’ players. This series will take a look at every player on the roster for the Mets at the end of season from B (Tyler Bashlor) to Z (Daniel Zamora). The review will look at their season statistics, stories, and what role (if any) they will have next season. We continue the series today with a look at relief pitcher Eric Hanhold.

Story: Eric Hanhold, who the Mets acquired as a player to be named later from the Milwaukee Brewers in the Neil Walker trade the previous summer, began his 2018 campaign in the minor leagues. The Mets assigned Hanhold to AA Binghamton to start the year and he pitched well, going 3-1 with a 2.84 ERA in 17 appearances for the Rumble Ponies before earning a promotion to AAA Las Vegas. Hanhold only appeared in seven games for the 51’s before a hamstring injury knocked him out of action for the next six weeks. After a brief rehab assignment, Hanhold returned to the 51’s and pitched well enough in August to earn a big league promotion in September. Hanhold only appeared in three games for the Mets before suffering a season ending oblique injury.

It’s hard to judge anyone off of just three big league appearances, but Hanhold did pitch well in AA before struggling in the hitter friendly Pacific Coast League. It will be worth watching how Hanhold fares when the Mets’ AAA affiliate shifts to Syracuse in 2019.

Hanhold survived the Mets’ initial 40 man cutdown today, so his chances of contributing next year are pretty good. The Mets will bring Hanhold to camp to compete for a job in the bullpen in spring training, but he will likely begin the year with Syracuse. Given the volatility of big league bullpens, Hanhold will likely get an opportunity to pitch in the majors in 2019 due to poor performance from another reliever or filling in for an injured player.

Check back tomorrow as our Player Review Series continues with a look at center fielder Austin Jackson!