Two Reasons Why the Clippers Stumbled Against Sixers 122-113 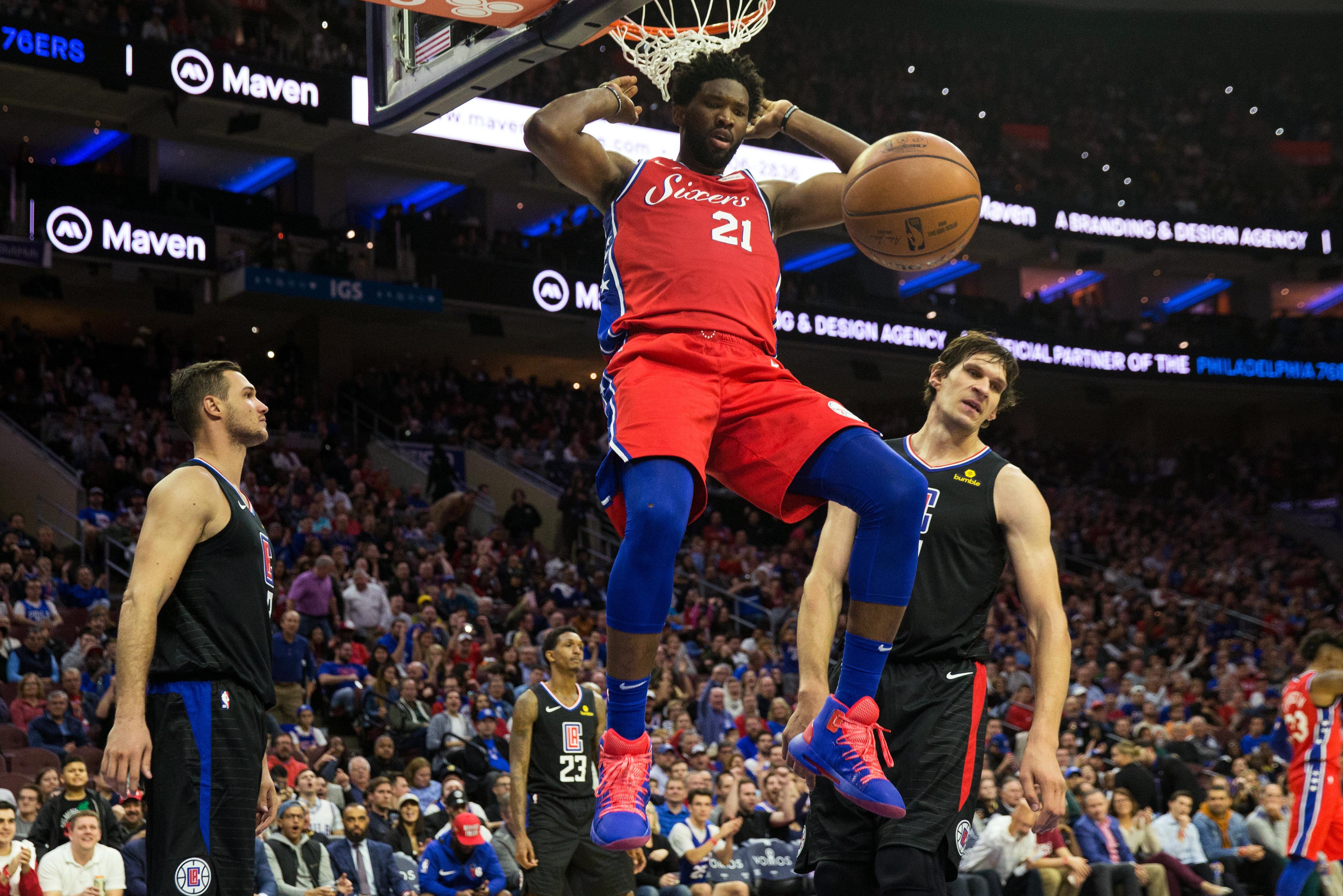 Two Reasons Why the Clippers Stumbled Against Sixers 122-113

While the Clippers shouldn’t have beaten the Sixers, they absolutely could have.

Obviously not having an answer for Embiid, who scored 41 points, was a big reason why the Clippers lost. It’s an unfortunate part of the match up that the Clippers just have to deal with against the Sixers. LA’s response was to start Boban Marjanovic in the second half, which actually spawned a 17 point comeback. Unfortunately, Boban just isn’t prepared to cover Embiid for a full game, but he did the best he could. Boban entered the game with 1:46 left in the second quarter, with the Clippers down 17 points. He put up 9pts/5rebs/1ast/1stl/1blk in 8:35 during that the time. The Clippers also outscored Philly 26-9 in that span. Lou Williams tried to keep LA alive with some fourth quarter heroics, but the hole was too big to climb out of a second time.

Ultimately, the biggest reason why the Clippers couldn’t come out with a win, was because of a lack of ball movement and turnovers.

Simply put, the Clippers had only 19 assists, and the Sixers had 29. Offensively, the Philadelphia 76ers haven’t completely figured themselves out yet, but they have immense firepower. They’re one of the best teams at moving the ball, but a middling team at scoring; this was evident against the LA Clippers last night. In the span of one game, the Clippers were: down 22, up 4, down 11, and then down 3 again. The Sixers are clearly offensively capable, but they’re also susceptible to mental lapses. The Clippers on the other hand, can score, but have very bad ball movement. When they do move the ball, that’s when the scoring begins, but it doesn’t happen often. That lack of ball movement was why the Clippers couldn’t keep up with the Sixers offensively.

For a second game straight, the Clippers shot themselves in the foot by turning the ball over; LA had 18 turnovers. Those turnovers gave the Sixers 21 fast break points, and 30 points off of turnovers. It seemed like every time the Clippers were about to close the gap, or create a big lead, they turned the ball over. It’s definitely a learning process for this team, as there aren’t any primary ball handlers other than Milos Teodosic.