Your Morning Dump... Where today's dump is brought to you by the letter C and the number 3. 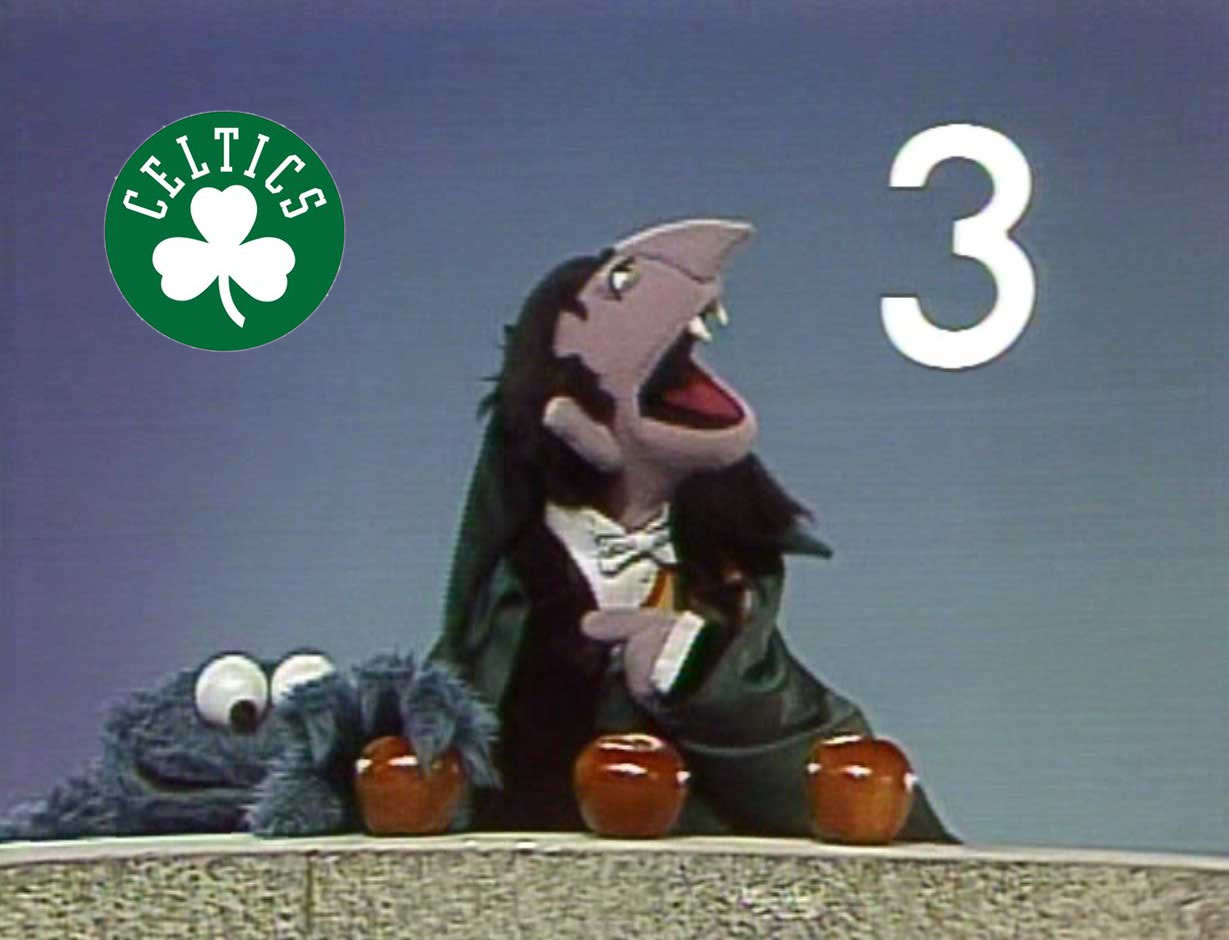 Your Morning Dump... Where today's dump is brought to you by the letter C and the number 3.

Irving was emphatic in his answer.

“Never,” Irving said. “Get ’em up. They’re wide open. If they’re going to play defense like that, then I don’t see why not.

The Celtics needed two more made threes to set an NBA record. Many of the looks came off ball movement, instead of the isolation attempts the Celtics hoisted more frequently at the start of the season.

As I’ve had occasion to mention in the past, I’m a Vikings fan, and although I’m not old enough to have seen Fran Tarkenton play, I’m old enough to remember when he had pretty much every QB record imaginable.

Every single one of them has been just shredded over the past 15 years.

Tarkenton had 17 full seasons in the NFL, and one shortened by injury. In each of those 17 full seasons he was in the league’s top 10 for both attempts and completions, and when he retired, he held both NFL career records.

The NBA has changed in much the same way. The three point shot is, with practice, not much more difficult than a long two these days, and it’s worth half again as many points. There’s no reason not to shoot threes.

So, when the Bucks came to town last night, with their perimeter matchup issues, it was a sure bet that the Celtics would be taking a lot of threes. Fortunately for the aesthetics of the game, they made quite a few of them too. Because I’m here to tell you, long rebounds are a special kind of ugly. They even sound ugly. Plornk.

The Bucks, on the other hand, did not make very many of their threes. They took 29 and made only nine.

Which brings us around to the other aspect of all this three-point shooting:

There is substantial evidence that, on the whole, three point defense is more or less non-existent. The league, as a whole, does a terrible job consistently defending the three-point line.

The league as a whole does a terrible job.

The Boston Celtics do not.

At some point in time other teams are going to start copying Boston’s schemes, and, for my money, the sooner the better. If a majority of the league’s teams start tightening up their three point defense, we might get back to a form of basketball in which players have actual post moves.

Page 2: Where Hayward’s bracing himself for the boo-birds

Jazz fans have been bitterly awaiting their first opportunity to let him know how they feel about him in the wake of his departure.

“It’s been a year so hopefully not as vicious a booing, but I’m sure I’ll get booed,” Hayward said. “It is what it is.”

“Not as vicious” is probably a little optimistic. Jazz fans online are some of the most vengeful of any small market team that has lost a star to a bigger market.

At the same time, Jazz fans do seem to be a bit more in the mold of your, say, Trail Blazer fans–a group of people who enthusiastically support a team that is the NBA equivalent of that kid in high school you can’t remember the name of who always got Bs, and who ended up managing a tire store. Solid, respectable, unremarkable. The kind of guy who would’ve joined the Rotary fifty or sixty years ago.

The contrasting example, of course, is the Hawks. Al Horford was quite easily the best player they’d had since Dominique Wilkins, and he left the team for the team they beat in the playoffs that year. The reaction of Hawks fans to this decision barely registered. Horford was booed when he returned,  but it was kind of hard to tell, because there were thousands of empty seats in the arena.

So, yeah, Hayward’s going to hear it next Friday.