Breaking Down Five Keys for the Packers vs the Patriots 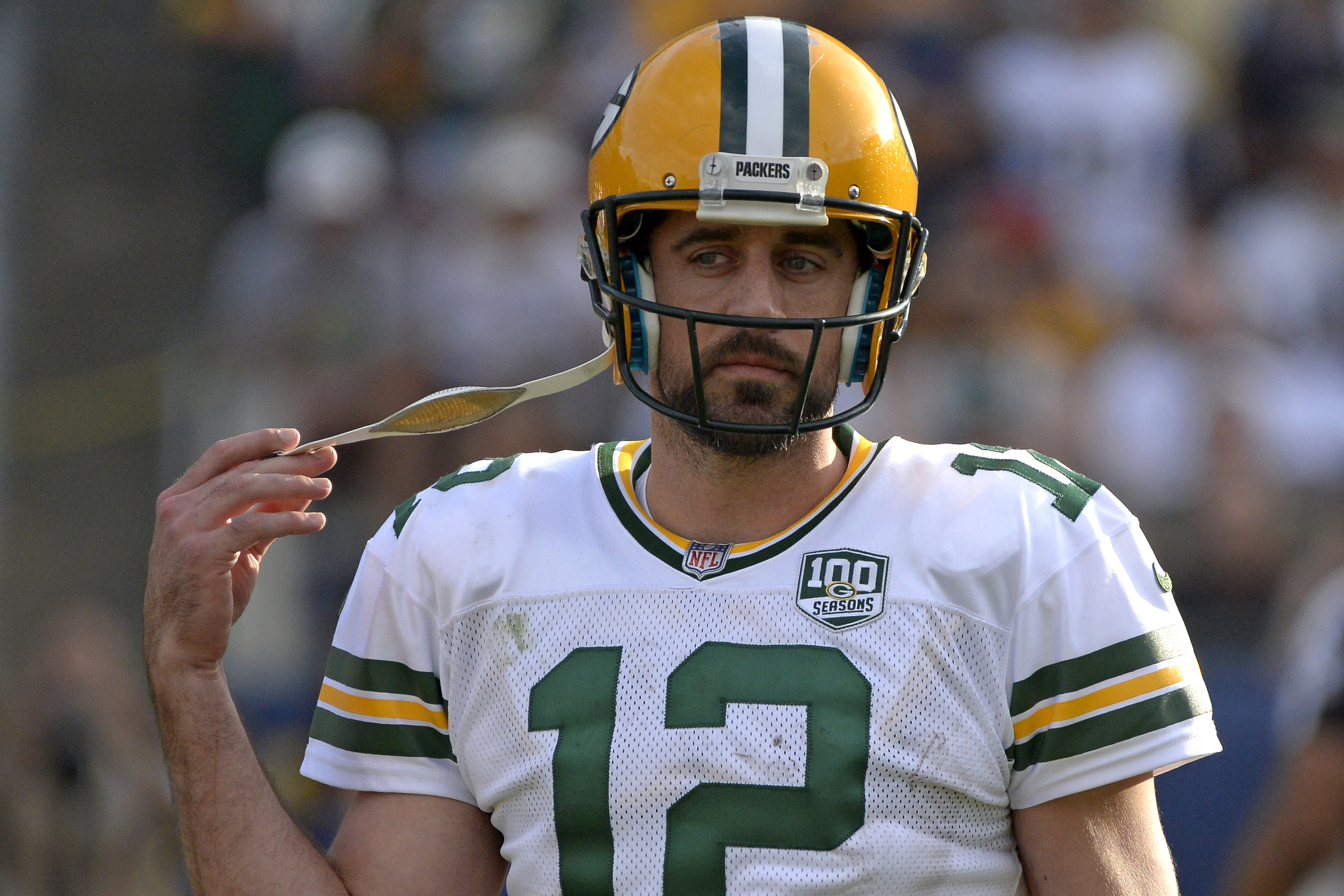 Breaking Down Five Keys for the Packers vs the Patriots

The Green Bay Packers return to prime time when they travel to Foxborough to face the New England Patriots in Week 9. The Packers are 3-3-1 entering this game while New England is now 6-2. The Patriots defeated the Buffalo Bills on Monday night 25-6 to earn their fifth consecutive victory. The Packers lost a tough 29-27 game in Los Angeles against the Rams last Sunday.

This will be the 11th regular-season meeting between these two teams with each team winning five of the previous 10 contests. The Packers defeated the Patriots in Super Bowl XXXI which is the only postseason matchup between these two franchises.

While the media is focused on the battle between future Hall of Fame quarterbacks Aaron Rodgers and Tom Brady, there is still a football game to be played. Here is a look at the key matchups and situations that will determine whether the Packers can win this game on Sunday night:

1. Pressure Tom Brady Up the Middle

The strength of the Packers defense is up front with Mike Daniels and Kenny Clark leading the way. Last week in Los Angeles, the Pack was able to get pressure on Jared Goff up the middle with Daniels and Clark doing their part and defensive coordinator Mike Pettine devising a variety of blitzes to confuse and pressure the opposing QB.

The way to beat Brady is also to pressure him up the middle. That’s what the New York Giants were able to do in their two Super Bowl victories over the Patriots.

If Brady has time, he will pick apart almost any defense. He is also very good at making opposing teams pay when they blitz him due to his quick release and the team’s short pass patterns.

The Packers must get pressure on Brady from a variety of blitz packages on some occasions and by sending just four men to pressure the quarterback on others. If Clark and Daniels continue their fine play of a week ago, it will give Pettine a lot of options while choosing when and where to blitz.

The Packers must win this battle: get enough pressure on Brady to keep him off-balance without getting beat by Brady’s ability to burn blitzers.

The Packers offense doesn’t need to gain 150 yards rushing to win this game. But they do need to run the ball effectively and more often than they have done over their first seven games

Last week against the Rams, the Pack ran the ball 19 times for 106 yards. Aaron Jones finally got the bulk of the carries and the result was 86 yards and a 7.2-yard per carry average for the team’s top rusher.

The Patriots are in the middle of the pack in rushing yards allowed per game. If Green Bay can run the ball consistently, they can slow down the New England pass rush and keep Brady and the potent Pats offense off the field.

They would also add balance to the offense and give Jones a better idea of his new role as the team’s undisputed top running back.

Bill Belichick loves to take away a team’s top offensive weapons and that means preventing Rodgers from getting the ball to Davante Adams. This means that Rodgers must find other options in the passing game to keep the ball moving down the field.

The Patriots pass defense is vulnerable. They enter this game ranked 27th in the league in passing yards allowed and have registered only 12 sacks in eight games which places them 29th. It is up to Rodgers and the Green Bay receivers to take advantage of these weaknesses.

Randall Cobb and Jimmy Graham are the next two most frequent targets in Rodgers’ arsenal. Cobb should be healthier after making his return from injury a week ago. He makes big plays via yards after the catch. Graham has yet to find consistency in this offense and last week he had only one reception. Graham needs to get open and Rodgers needs to get him the ball more frequently when he does.

With Geronimo Allison listed as doubtful, that opens the door for Marquez Valdes-Scantling and Equanimeous St. Brown to get more balls thrown their way. The two rookies have both showed improvement with each passing week. This could be a huge opportunity for both rookies to step up and earn even more of Rodgers trust.

4. Don’t Suffer Breakdowns in the Secondary

With Ha Ha Clinton-Dix now in Washington, the Packers have a new defensive backfield. Tramon Williams has been moved to safety and for the first time, Bashaud Breeland may see action.

The secondary can’t give up big plays and that means that players must adapt quickly to their new roles. Brady is as good as any quarterback in the game at dissecting the weaknesses of a defense, so the Packers can’t afford many breakdowns.

The loss of Clinton-Dix may mean fewer splash plays, but it should also mean fewer mistakes and big plays allowed. The new secondary will be put to the test immediately and the Pack needs them to finish the game with a passing grade.

Pettine has stopped opposing running backs out of the backfield recently by treating them as receivers when choosing coverage matchups. This will have to continue this week against New England.

Former Vikings first-round pick Cordarrelle Patterson has been converted to running back. Patterson is a speed burner and the Packers must find a way to contain him both as a rusher and more importantly as a pass catcher. His speed can make any mistake in coverage costly.

Expect the Pack to cover Patterson with a defensive back. If they can limit him to less than 100 total yards (and not allow him to break a long kickoff or punt return), they should be able to force the Patriots earn their points with long, mistake-free drives.

The Packers came close to beating the undefeated Rams a week ago, but late breakdowns and a few key mistakes prevented that from happening.

Expect the duel with Brady to bring out the best in Rodgers and expect the Pack to be in this game late. Unfortunately, it’s very difficult to win on the road in New England and Brady will find a way to get the job done late.