Dogs of the Desert: AFL Week 4 in Review for Glendale 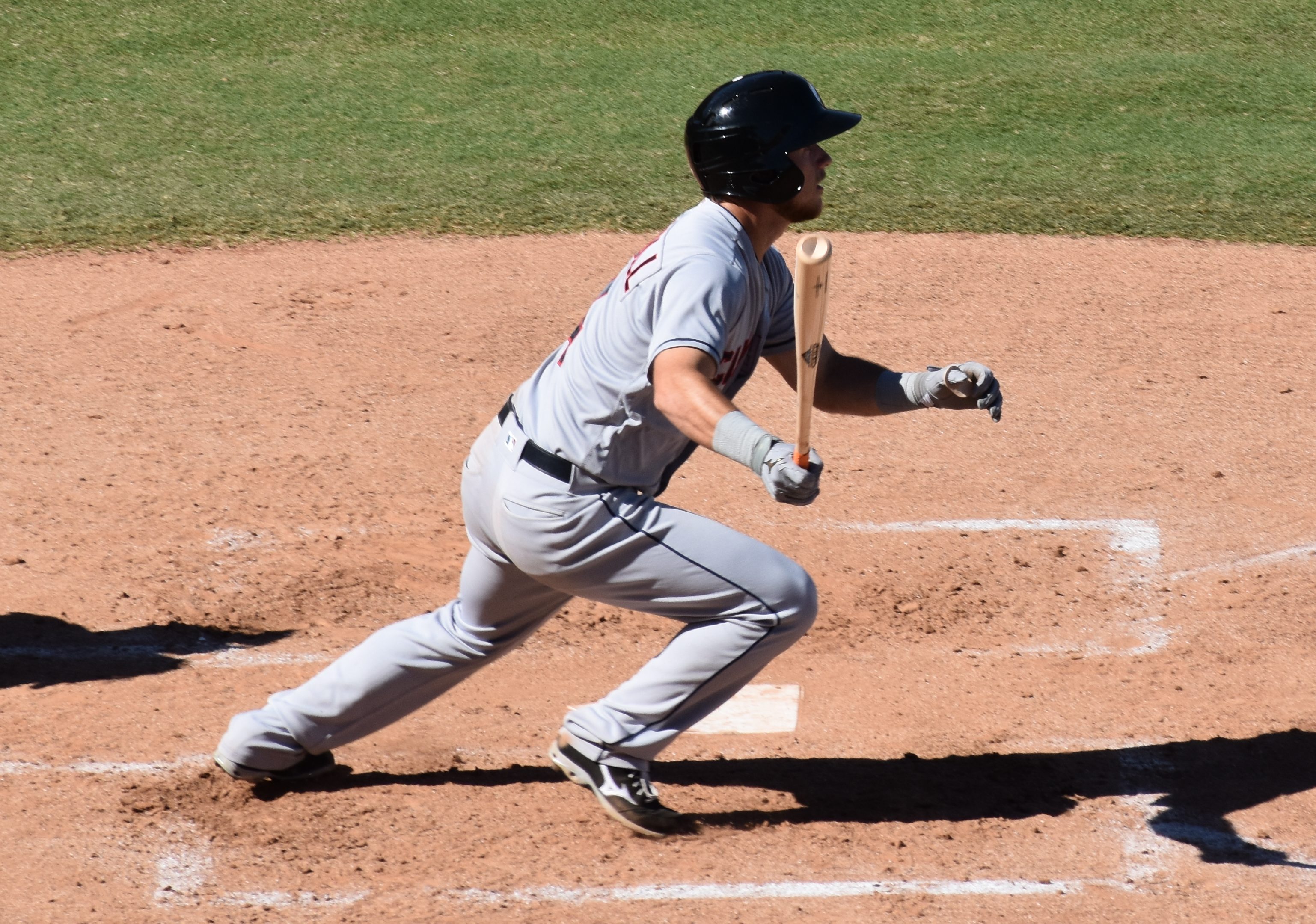 Dogs of the Desert: AFL Week 4 in Review for Glendale

Having moved into striking distance of the Arizona Fall League west crown during week three (four games behind Peoria last Sunday despite the poor start), the Glendale Desert Dogs had a rough game on Monday against the Scorpions that slowed their momentum a bit.

This was a very entertaining game at the start as both starting pitchers, Garrett Williams (SF) and Chris Lee (BAL) went five shut out innings with just three hits and one walk allowed between the pair. The bullpen for Glendale was not as dynamic, however, as Nolan Long (LAD) allowed four runs in the top of the sixth followed by an odd appearance by Jared Robinson (CLE) that included a dropped third strike and a wild pitch on another strike out. This allowed another run to score that was charged to Long as well as one unearned run for Robinson despite allowing just a single and striking out two.

The Dogs would respond with four runs in the 7th and a Luis Robert (CWS) home run in the 9th, but it wasn’t enough as Scottsdale won 7-5. Yu Chang (CLE), Keibert Ruiz (LAD) and Steven Sensley (NYY) each had two hits against the Scorpions.

Glendale had another tremendous pitching performance from a starter on Tuesday against the Scorpions (this time in Scottsdale) and this time the bullpen didn’t blow it. Justin Garza went five innings for the first time this fall and lowered his ERA to 1.88 by not allowing a run, allowing just two base runners on one walk and one single. Going with their ace relief crew, Tanner Chleborad (BAL), Wivinis (NYY), Jordan Sheffield (LAD) and Zach Thompson (CWS) each pitched one scoreless inning and earned a hold or save (Thompson). Thompson’s performance was particularly remarkable as he struck out three of four batters faced.

Offensively, a couple names that you should know well by now lead the way as Robert had another two hits, knocking in one and scoring one while Chang hit his second home run of the season, knocking in two. These three were all the Dogs would need in their shut-out of Scottsdale.

Connor Marabell (CLE) sat out from the time he was pulled on October 25th through October 29th with a left hand injury, but was back in the line-up on Tuesday. However, it wasn’t until the 10th inning on Wednesday against the Salt River Rafters that he really made his presence felt again. With the game tied at six, his two run double gave the Desert Dogs the lead, then Martin Cervenka (BAL) knocked him in with a double and, after another hit, Ryan McKenna (BAL)put an exclamation point on the inning with a two run home run to give the Dogs a six run lead and ultimately, the win.

Overall, McKenna had four hits in the game while Marabell had three and Cervenka and Chang each had a pair. McKenna, Li-Jen Chu, Marabell and Cervenka each knocked in at least two runs and had a double as well with Marabell hitting three.

Tanner Banks (CWS) had a rough start with two earned runs and three unearned allowed in five innings, but his teammate Danny Dopico (CWS) saved the day with two shut out innings with just one hit allowed and four strike outs.

The Salt River Rafters got their revenge on Thursday when they roughed up Jordan Foley (NYY) and Kyle Zurak (NYY) for seven runs in the first five innings, then Jay Flaa (BAL) and Robinson for another five in the 7th. On the River Rafters side it was all Diamondbacks as Jazz Chisholm, Daulton Varsho, Drew Ellis and Dominic Miroglio combined for ten hits, twelve RBI and nine runs scored.

Luis Robert was the only real standout for the Desert Dogs as he singled, stole a base and scored in each of his first two at bats, accounting for his first two steals this season. He also walked later on.

Robert scores from second on a single for Glendale during a 2018 AFL game at Camelback Ranch. – Joseph Coblitz, BurningRiverBaseball

The Desert Dogs wrapped up the week with another loss that dropped them to 8-13 and back into last place overall in the AFL heading into the All-Star break. Against first place Peoria, both teams went five scoreless with Ben Holmes (one hit, six strike outs) and Bubba Derby (MIL) each going five. However, Thompson, who had been fantastic all season, allowed three runs while recording just two outs. Since the teams were playing just 7 innings due to the upcoming All-Star break those three were enough to stand up for the Javelinas win.

The Desert Dogs wound up scoring just one when Thairo Estrada (NYY) doubled to start the ninth and Marabell knocked him in. This was Marabell’s second hit of the game after doubling earlier.

That double tied Marabell for the team lead along with McKenna with five while Chang’s two home runs this week have given him the team lead with three. Chang did go hitless on Friday, ending his ten game streak, but he has still been one of the Dogs hottest hitters of late with three home runs and three doubles during that streak and a .344/.400/.531 line for the season.

McKenna has also been incredibly hot recently with four doubles and two four hit games during his last seven games. He leads the team with three doubles, ten walks and two steals in addition to all three rate stats in his .373/.484/.647 line.

Finally among hitters, Robert has 12 hits in his last eight games with at least one run scored in each. He’s also knocked in runs in each of his last four with his first home run and double coming this week.

Holmes pitches for the Desert Dogs during the 2018 AFL season. – Joseph Coblitz, BurningRiverBaseball

On the mound, the Desert Dogs top four starters have all been fantastic, but sticking out particularly are Garza and Holmes (LAD). Holmes allowed two earned runs last week in 8.2 innings, striking out ten and allowing just six hits. Garza also made two starts in the last week and allowed one earned run over eight innings, striking out eight and allowing just four hits. Each of Glendale’s top four starters have an ERA below 3.00 with Garza leading the way at 1.88 and Holmes just behind at 2.19.

In roster news, Zack Burdi (CWS) who had pitched four scoreless innings in relief, but had not pitched since October 23rd, has been removed from the roster due to general fatigue. Burdi pitched just 6.1 innings in the AZL this year after recovering from Tommy John surgery and is expected to be ready by spring training.

On Saturday (11/3) the East will meet West in the annual Fall Stars Game. Representing the Desert Dogs are Rob Kaminsky (CLE), Sheffield, Ruiz, Chang, Estevan Florial (NYY), Robert as well as McKenna who won the final vote. Following this, the Desert Dogs will play five games next week (Thursday is a scheduled off day across the league in case any games needed to be made up) and four more the following week before the championship game in Scottsdale on November 17th.