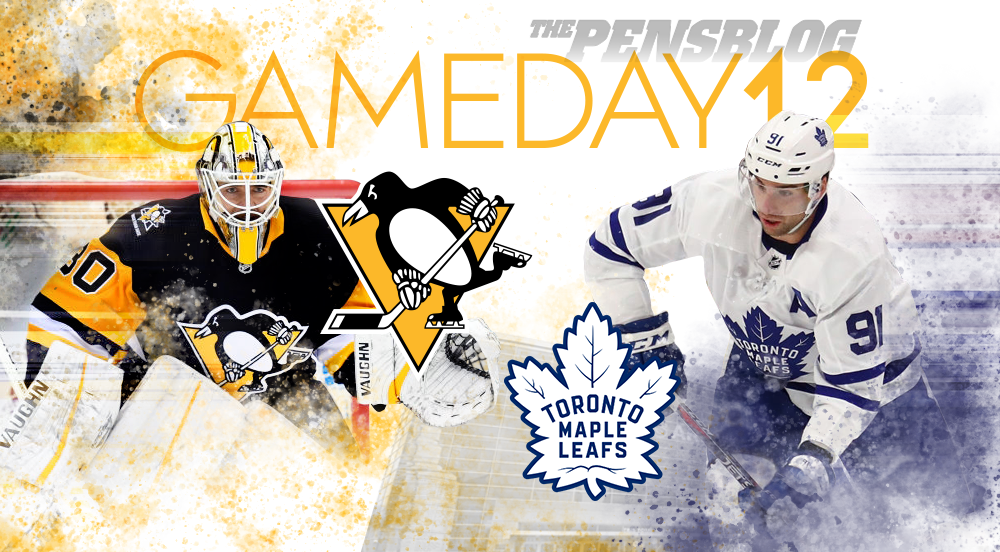 The good boy Rez is day-to-day with an undisclosed injury, so I have been called up from the podcast leagues to write this game day for you. I know, I know, let’s just get through this.

The Penguins are back home after a quick trip to Brooklyn that saw them lose in a shootout. God those are dumb. The Penguins will once again be without the services of Derick Brassard. This will be his third straight game on the IR.

On the other side of the rink, the Maple Leafs will be without future Pittsburgh Penguin Auston Matthews, he is on the shelf with a shoulder injury. They’re reacting as well as you would expect Hockey Mecca to.

Serious question: do Toronto fans enjoy anything? You know what, as a Pens fan, don’t answer that.

We’ve been critical of Daniel Sprong on this blog and rightfully so. He hasn’t made the most of the opportunities afforded to him. However, the last couple of games he’s changed that. He’s getting more chances and looks at the net at evens and on the second power play unit. The top-six has no reason to be broken up yet, but look for Spaniel Dong to build on what has been a solid couple of games for him.

Isn’t it obvious? The Leafs, despite still having a porous defense and average at best goaltending said screw it and went for broke on the offensive side with their signing of Tavares. Without the services of Auston Matthews for the next four weeks, it lands on Johnny boy’s shoulders. This is why they signed him.

Listen, we rightfully so bust the balls of the Toronto media and Leafs fans, but something is happening in Toronto. They rebuilt the right way and now it’s time for them to win. The last time these two teams met, the Penguins showed the young Leafs what it takes to be a champion in this league. Here’s to hoping we get more of what we hoped for the last time, two high-flying offenses going at it with little-to-no regard for defense. I want goals, all of them to be specific. It’s a Saturday night at the Paint Can, Hockey Night in Canada and the Pens offense has suddenly found its groove. Let’s roll, baby.