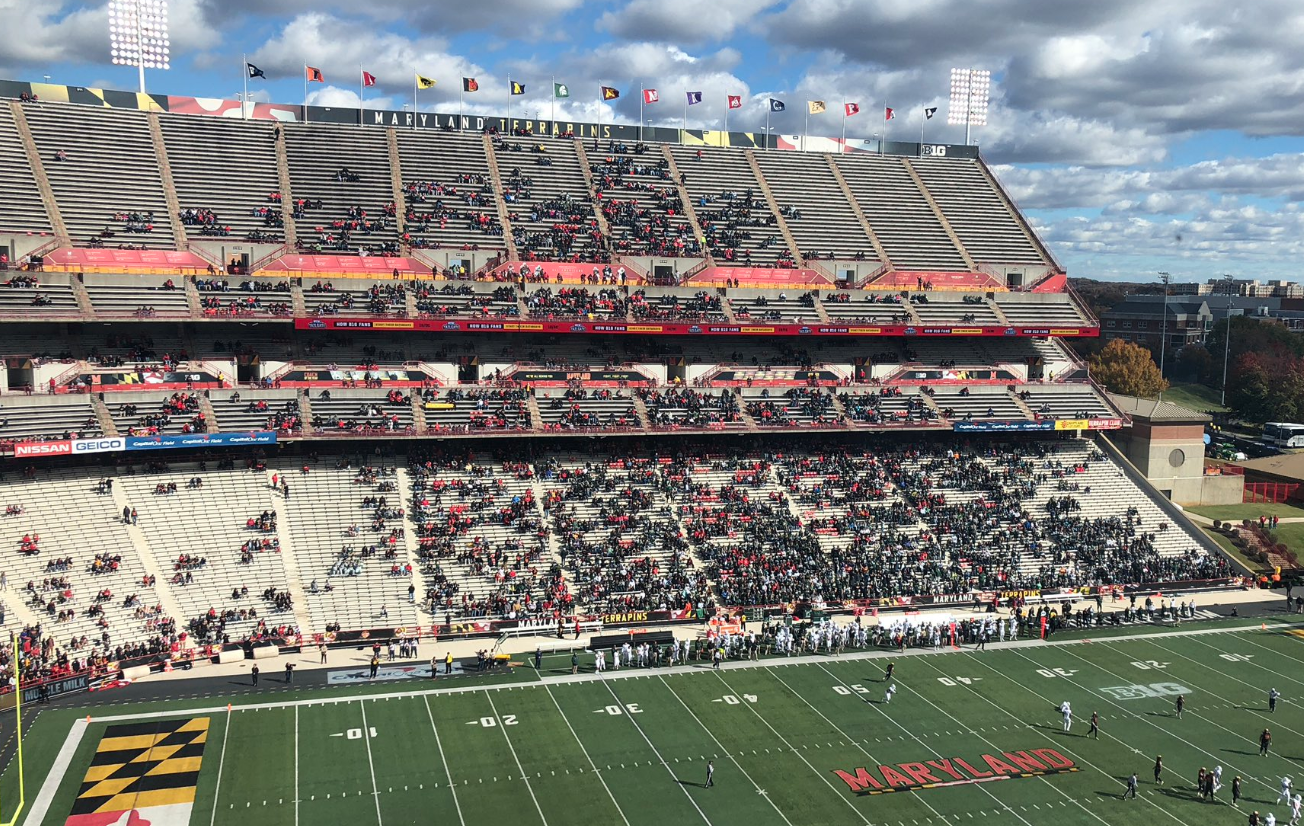 Fall brings beautiful football weather in the East Coast, but the Maryland Terrapins had a serious problem with attendance on Saturday, despite all of that.

It was 60 degrees and sunny in College Park on Saturday, but even that couldn’t bring fans to attend the Terrapins’ game against the Spartans.

Clearly, Terrapins fans were sending a message to the university about how it handled the (former head coach) DJ Durkin fiasco. As such, the stands at Maryland Stadium were virtually empty for the team’s game against Michigan State.

It’s hard to imagine that the university was surprised by this, given how much backlash it received for the controversial decision. Reinstating Durkin then firing him one day later was quite stupid.