Luke Walton "not in danger' of being fired by Lakers 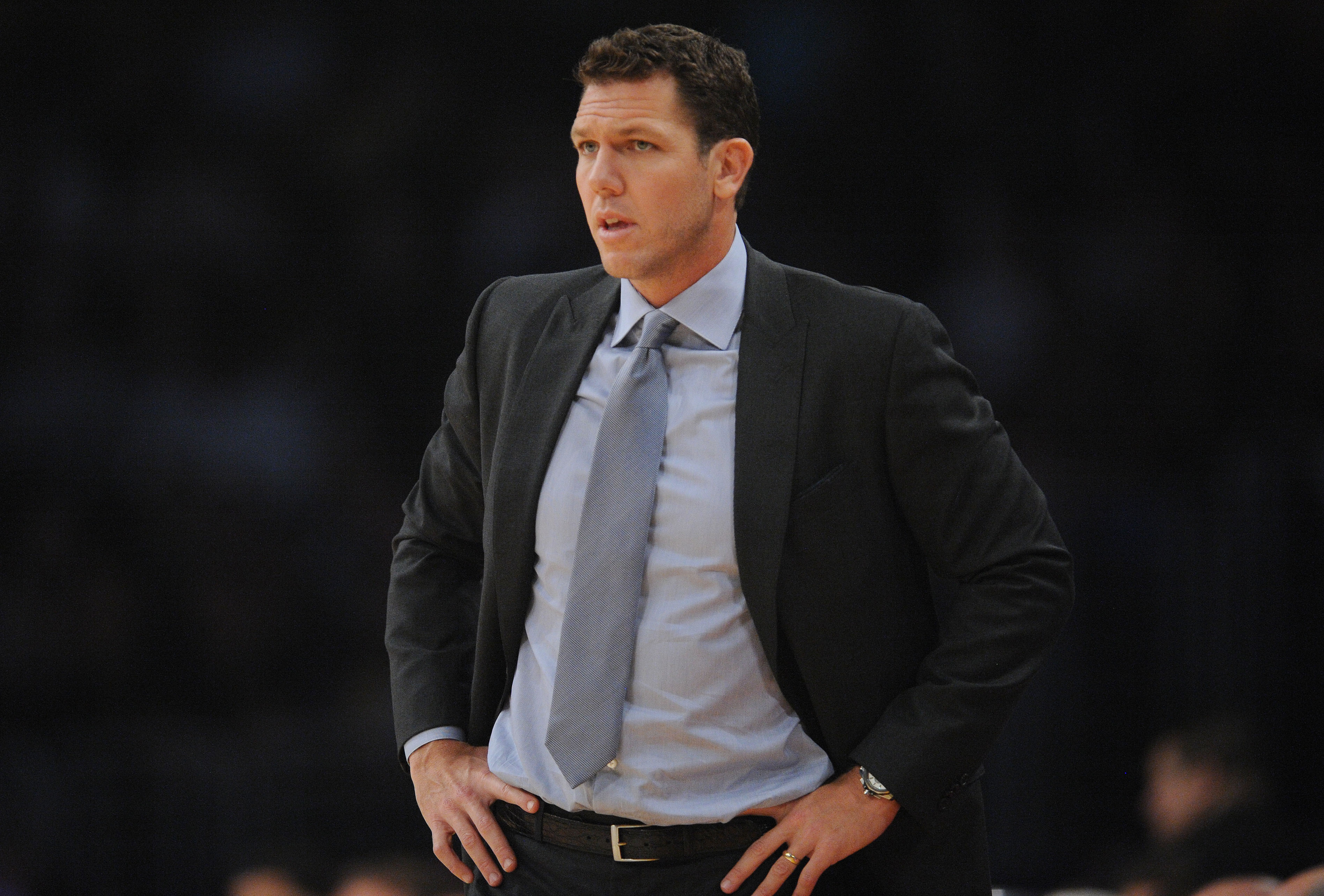 Luke Walton "not in danger' of being fired by Lakers

Los Angeles Lakers head coach Luke Walton became the center point of discussion around the team after reports surfaced that team president Magic Johnson met with him to discuss the play of the team this season.

There have been various reports to emerge concerning the situation, but what has been hammered home is that Walton’s job status isn’t in jeopardy at this point in time, according to Tania Ganguli of the LA Times.

Magic Johnson was angry in the meeting he had with Luke Walton (first reported by @wojespn and @mcten) but he doesn't make rash decisions. Several sources told me and @BA_Turner that Luke Walton's job is not in danger. Further, ownership still very much believes in him.

There has been an increase in the desire to see the Lakers put on the floor a product that can win plenty of games, but it hasn’t reached a point of where there is any significant concern that the belief is that Walton isn’t the coach that can lead them to that. It has just been a frustrating start out of the game to the year, especially given that LeBron James in the fold leading the charge.

However, this is clearly a growth period for Walton learning to best utilize his revamped roster that has a blend of young and proven talent. Los Angeles has shown plenty of promise offensively through these first eight games, but it has been the inconsistency defensively along with their ineffectiveness to be a major factor in rebounding that has hurt the team.

There is still plenty of adjustments that lie ahead of the team, but this conversation from Johnson with Walton makes it clear that the team is looking to floor a playoff caliber team this year that could potentially make some noise in the daunting Western Conference. This now shifts things on Walton’s shoulders to help make the best of the roster that he has to push them forward to reach those aspirations in order to prove that he is the right coach for the job long-term in Los Angeles.