From the Locker Room: Are Wizards mentally tough enough? 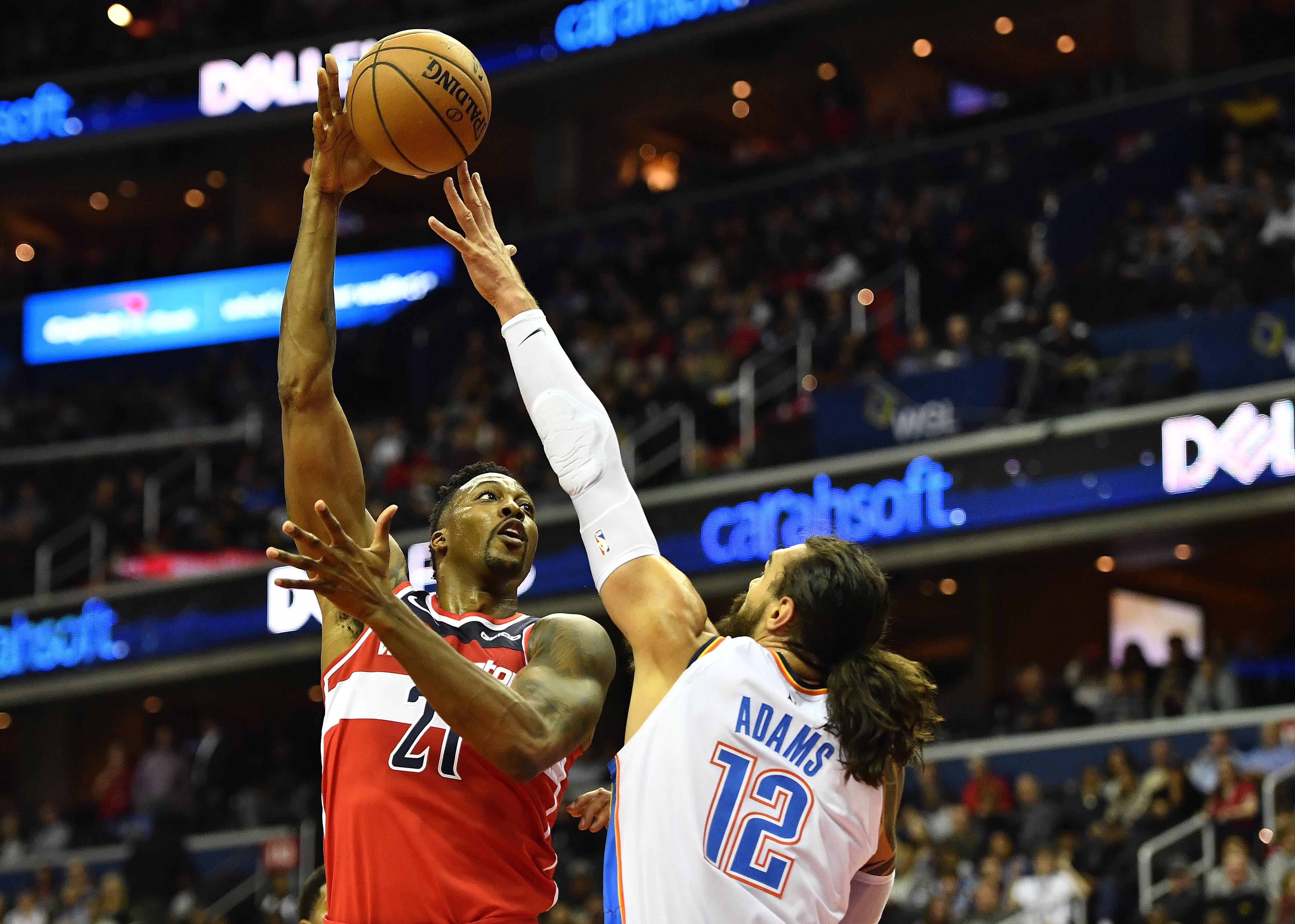 From the Locker Room: Are Wizards mentally tough enough?

The Washington Wizards are now 1-7 after their fifth straight loss, this one to the Oklahoma City Thunder. Read the takeaways from the defeat here and check out the postgame coverage below. The general theme from a sorrow locker room was that the team needs to keep offense independent of defense and believe things are going to turn around.

“When we aren’t making shots, we don’t defend to our level. … You still have to be able to defend at a high level and we’re still not doing that.”

John Wall: "Offense has never been the problem. … It's what we can do on the defensive end. Until we figure it out, we're going to have the same problems."

Says everyone has to take a look in the mirror including himself: "It just look like nobody is on the same page." pic.twitter.com/otLNNtbwE7

On everyone changing and improving their mentality:

Dwight Howard says that the #Wizards' mentality has to change: "You have to continue to tell yourself, 'we're going to get out of this.' Stay positive. … We work. We get in the gym. We put in the work, we got to trust the work." pic.twitter.com/lvyZ95nSBY

On the team’s slow start:

“I’m not hitting the panic button. I’m not hitting it and I don’t think we are either as a team. We understand it’s early. It’s not perfect and patience is running low from everybody, from ourselves. Nobody is more disappointed than us. I’m definitely going to say that. It’s not like we’re going out to lose every game. Nobody has that mindset, we’re just coming up short. We’re not doing the things we need to do and we just have to get better. The only way to get through it is we just have to fight our way out of it. That’s the only way.”

“I put that on myself. I feel like being a leader on the team, you have to make sure your troops are all still intact and everyone is on the same page no matter how difficult it may look, no matter what type of adversity we may face – which is what we are going through now. It’s testing us, and what are we going to do about it? Fold up early in the year and just give up on the year? Or are we going to try and fight back and try to compete like we know we’re capable of doing. I refuse to let the ship sink. As one of the captains on the team, I put a lot of responsibility on my shoulders. I have to be better leadership-wise on the floor, giving more and leading by example, and hopefully guys to follow.”

On how the team has been playing:

“I can only speak for myself, I am not doing nothing right now which is frustrating. … I am not being able to do anything for this team offensively so far this year, and it is frustrating because we are losing games.”

On whether he is still confident:

“I am not having confidence issues or second guessing myself. That is not what I am doing here. I feel totally confident in my abilities, I am just not doing anything right now.”

On the second unit:

“We are playing terrible as a unit. I said during halftime, everybody is like we have to do this, we have to do that, I said no, our second unit has to be better. It was 30-30 when we got in there, it was a tied game. We do not need to over-complicate things, we need to be better.”

The head coach continues to pull out some of his favorite sayings:

“We just have to stick together, we have to keep playing for one another.”

Threats of changes continue, but they have been more-or-less empty two-plus years into his Wizards’ coaching tenure:

“But moving forward, everything’s open. We have to figure out ways to play better in all the 48 minutes we’re on the floor, whether it’s going with a smaller rotation or it’s playing other guys. I have to figure it out. We can’t just keep watching the same thing over and over and over and expect things are going to change. I like to give guys opportunities, and you know what, we have to play better. Our plus/minus is ridiculous. This team is really good, and they’re playing really good basketball right now but they should not have been able to do that on our home floor in a back-to-back game.”

Scott Brooks sounding like Albert Einstein's definition of insanity: "We can't just keep watching the same thing over and over and over and expect that things are going to change." pic.twitter.com/saWozwuYdi

Brooks remains confident his team will pull through this slump:

“I’ve been with the group for over two years. We’re going to stick together. We have a tough patch. We start the season with some tough games. Every team in this league, you don’t go through it and keep going straight up. You’re going to have some stretches where maybe it’s [games] 30 through 35 you’re going to lose three or four in a row. Unfortunately, we’ve lost some games we wish we didn’t lose and a couple things here or there could have changed it. I have a lot of confidence in our guys staying together. I also have confidence that our guys are going to play well. We’re going to start playing better together. Dwight was obviously a start to that. We got to come back Sunday and play much better for 48 [minutes].”