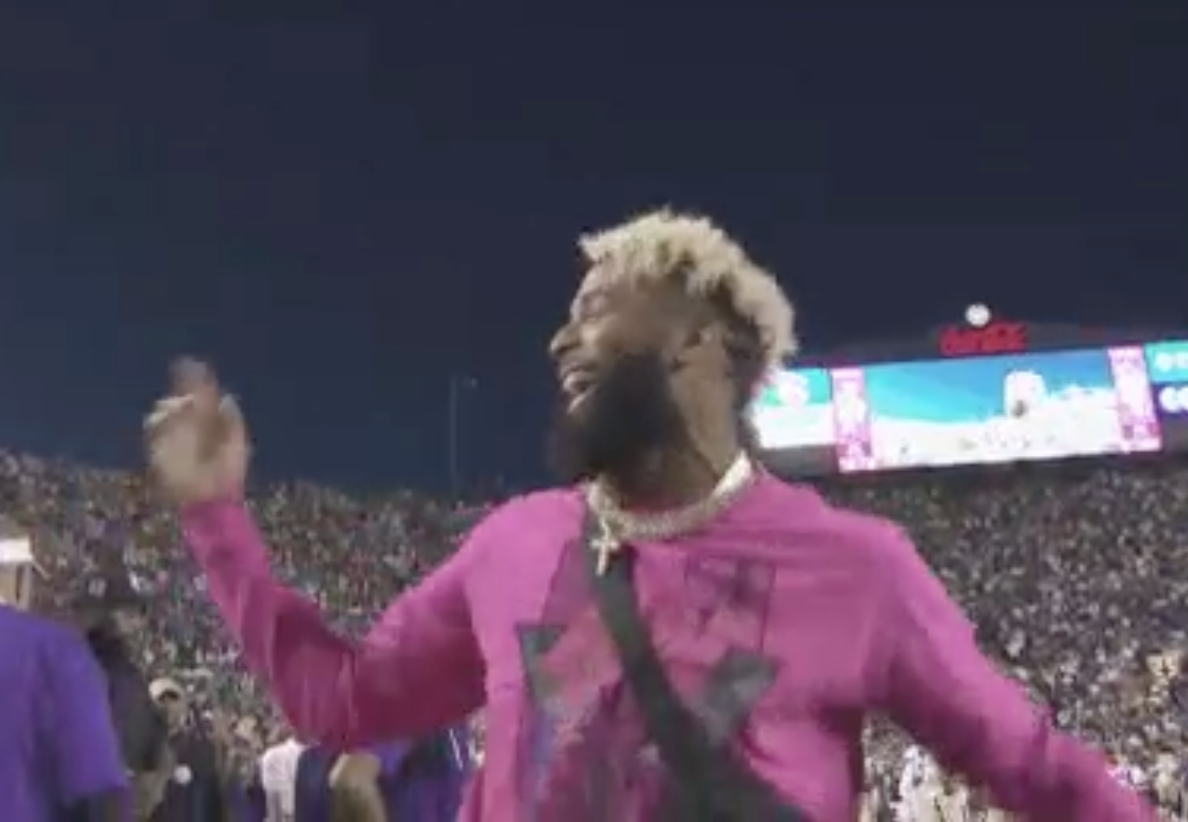 Giants receiver Odell Beckham Jr. hit up Saturday’s Alabama-LSU game at Tiger Stadium to watch his alma mater square off against the No. 1-ranked team in the country.

OBJ was able to attend the game because the Giants are currently on their bye week, so he had some free time on his hands.

Beckham was seen on the field before the game, doing whatever he could to fire up the Tigers players and fans. He danced around a bit, and it’s safe to say he was hyped up for the pivotal SEC showdown.

Odell showed up for his boys to play BAMA 🙌 @obj (via @LSUfootball) pic.twitter.com/lzabZyxXJo

The Tigers need all the help they can get going up against the juggernaut Crimson Tide, so Beckham’s presence was welcomed.