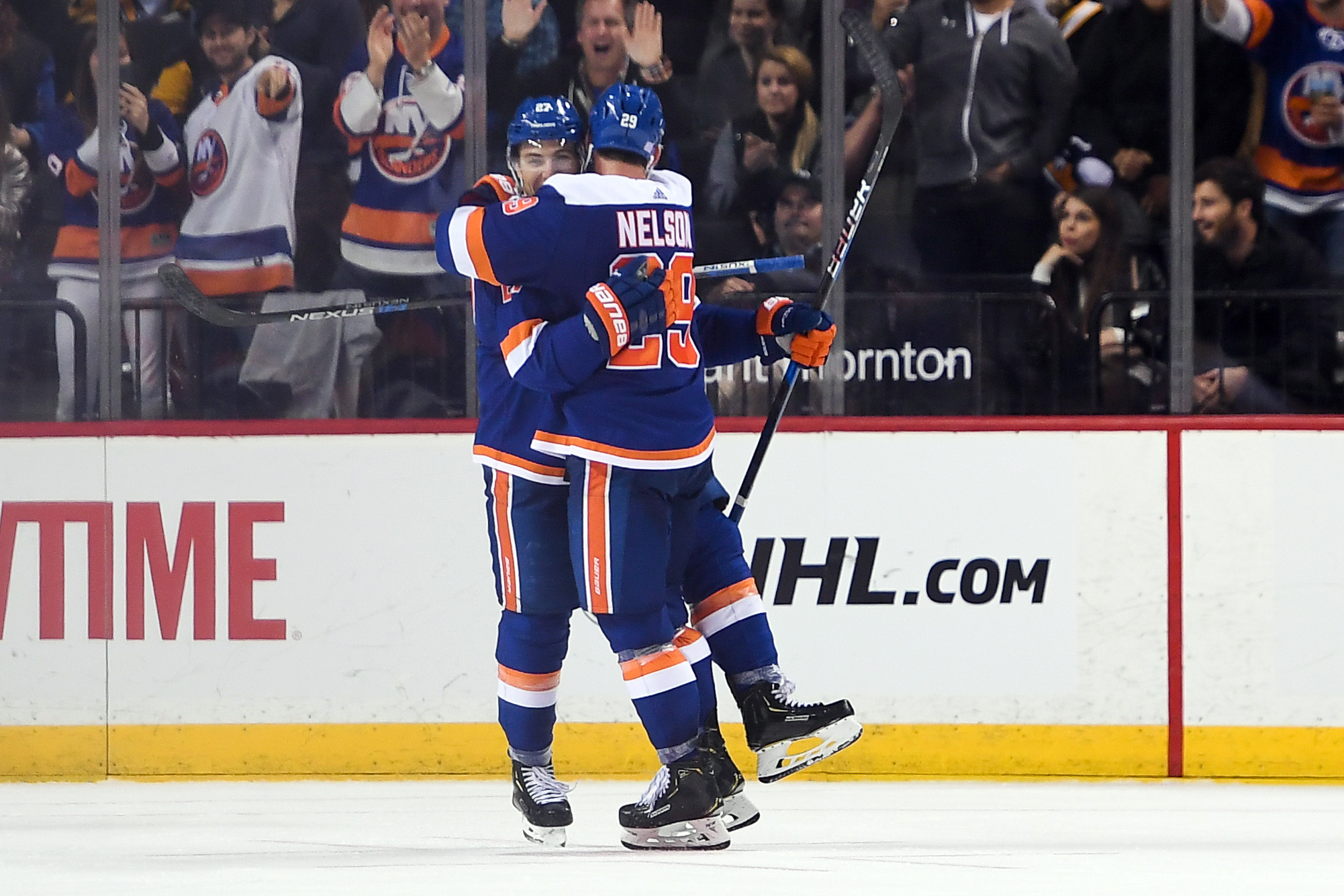 NEW YORK — Islander fans had to be quick on their feet on Saturday night as Brock Nelson’s hot start of the year in October had quickly rolled into the second month of the season.

The Islanders forward picked up his team-leading seventh goal of the season in their 3-0 win over the New Jersey Devils. Nelson has six goals over his last seven games and the center is riding a three-game point streak to boot.

So from “Brocktober” to “Brovember?” Perhaps, but whatever the new nickname becomes, it was clear that Nelson’s teammates had taken notice to his play.

“I think he’s been our best player this season,” Bailey said about Nelson’s success. “He’s a tough matchup out there. He plays really hard. A good 200-foot game and scored some big goals for us. Good in the faceoff circle. Doing all the little things right and he’s been a big part of what’s going on here.”

Nelson had two points, a goal and an assist, through his first six games before he heated up.

“The biggest thing with me with Brock is that he has detail in his game,” Head coach Barry Trotz said before Saturday’s win. “He has a real good skill level and he has an understanding of the game. Therefore he has a lot of detail and he’s very efficient.”

Nelson is in the middle of a 1-year deal he signed with the Islanders during the offseason. The extension helped both sides avoid arbitration, which Nelson had originally filed for.

Looking to prove his worth, Nelson has been making the most of his time on the ice this season. And on Saturday, he spent most of the night squaring off with the Devils top line.

“You want to be responsible and play the right way defensively, and limit their chances,” Nelson said about matching up with New Jersey’s top line. “Top lines are going to find some space and makes some plays. Just limit them the best you can and today we were able to get one, so that’s always good when you can win that battle.”

Trotz not worried about Beauvillier

The Islanders new head coach didn’t appear too concerned about Anthony Beauvillier and his slow start to the year. The young forward only has one point this season — a goal in Philadelphia on October 27.

Despite struggling early on this season, Trotz has opted to show more patience with the young forward.

Beauvillier went through a similar issue last season, when he was sent down to Bridgeport in the middle of the year after a slow start and then came back looking like a new player. Beauvillier finished the 2017-18 campaign with 21 goals and 36 points.