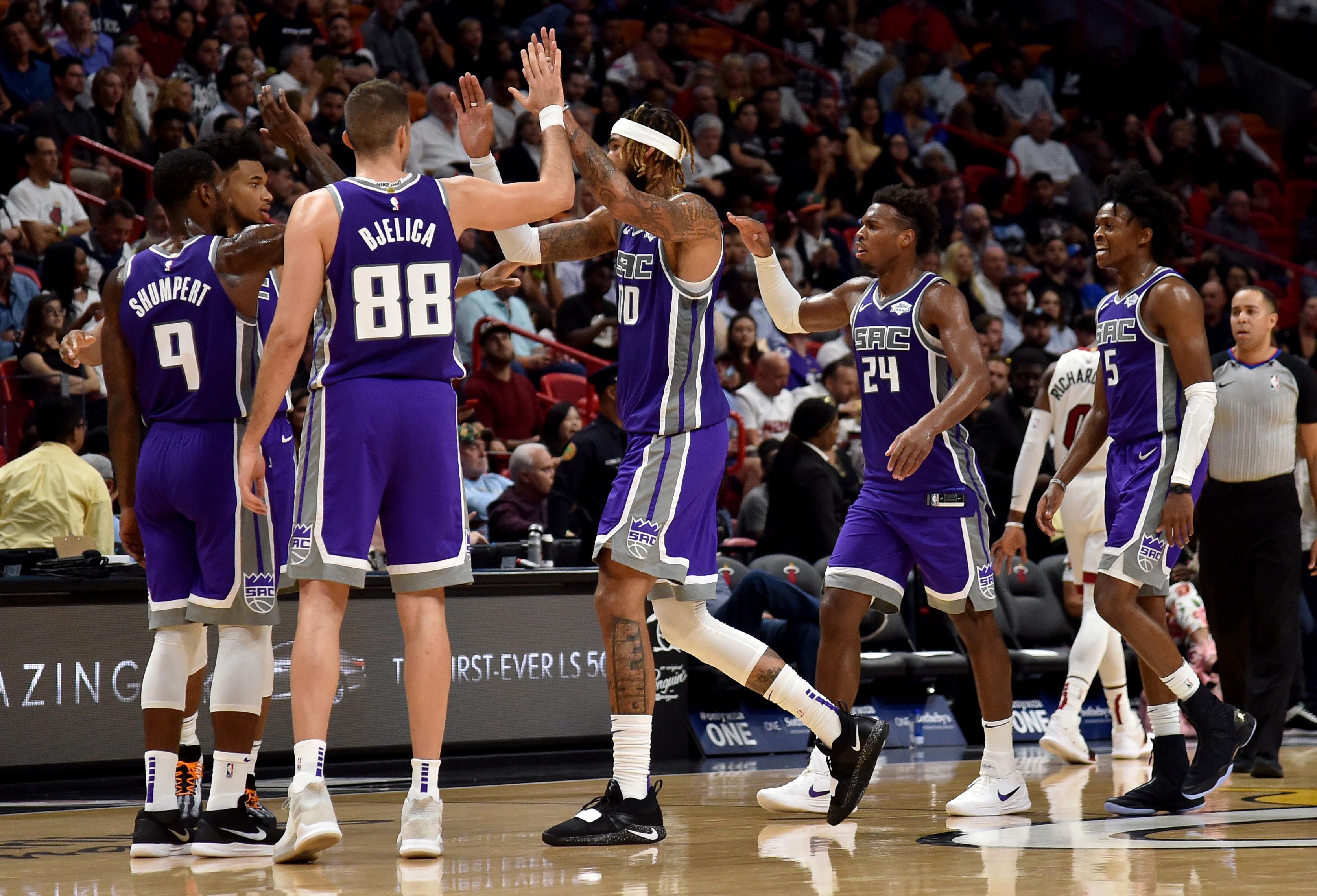 The Kings are 6-3 (!!!) through three weeks of NBA action. While the losses should eventually catch up, the Kings’ success does point to some very promising developments from the core. Willie Cauley-Stein earning that bag. Buddy Hield and De’Aaron Fox are looking more and more like cornerstones.

All this early success, and the Kings are still missing their best player. Bogdan Bogdanovic is primed to make improvements of his own upon returning. He should step into the starting lineup next to Fox, Hield, Bjelica and WCS.

Without the burden of expectations, the Kings have played with impressive freedom, allowing Fox to push the tempo and overwhelming teams with their improved shooting and defensive energy.

If Fox continues to expand his shooting profile (his 3-point numbers are similar to last season), he can take the leap to stardom. His ceiling has always been high, and now he’s dissolving doubts about his decision-making and efficiency. He’s shooting 50.4 percent from the field, an over-9% percent leap from last season.

While veterans should generally give way to younger players on rebuilding teams, the Kings have benefited greatly from the addition of Nemanja Bjelica. His insane 3-point shooting has opened up a ton for the youngsters. He’s looking like a sneaky good signing right now. Those benefits should continue, even once his percentages regress to the mean.

It’s way too early to make a firm MVP prediction, but we’ve seen enough to get an idea for who’s in the race. Here are the five names who stand out through roughly 8-10 games, depending on the team.

EARLY ROOKIE OF THE YEAR BALLOT

Here are the rookies who have stood out the most. Sorry, Kings fans, but Luka is good — like, really good.

I generally disagree with the arbitrary idea that sophomores can’t (or shouldn’t) win Most Improved Player. There are plenty of candidates each season who put themselves in the conversation regardless of age or situation. If a sophomore makes a leap, he should be considered. Hello, Mr. Fox.

The Rockets need to force the Wolves’ hand on a Butler deal. Include Eric Gordon — he isn’t good enough to hold up a trade for an arguable top-10 player. Houston’s defense is a mess, and right now, the offense isn’t much better. Butler helps in both areas.

THE ROCKETS AND LAKERS…

… will be absolutely fine. James Harden and Chris Paul will figure things out, even if the defense continues to lag behind. The buyout (and trade market) will also help, especially if Trevor Ariza finds his way out of Phoenix.

As for L.A., the buyout market will be equally as friendly. They’re already adding Tyson Chandler who, despite being largely ineffective in recent seasons, provides some defensive stability behind JaVale McGee. Better than extended center minutes for Kyle Kuzma, at least.