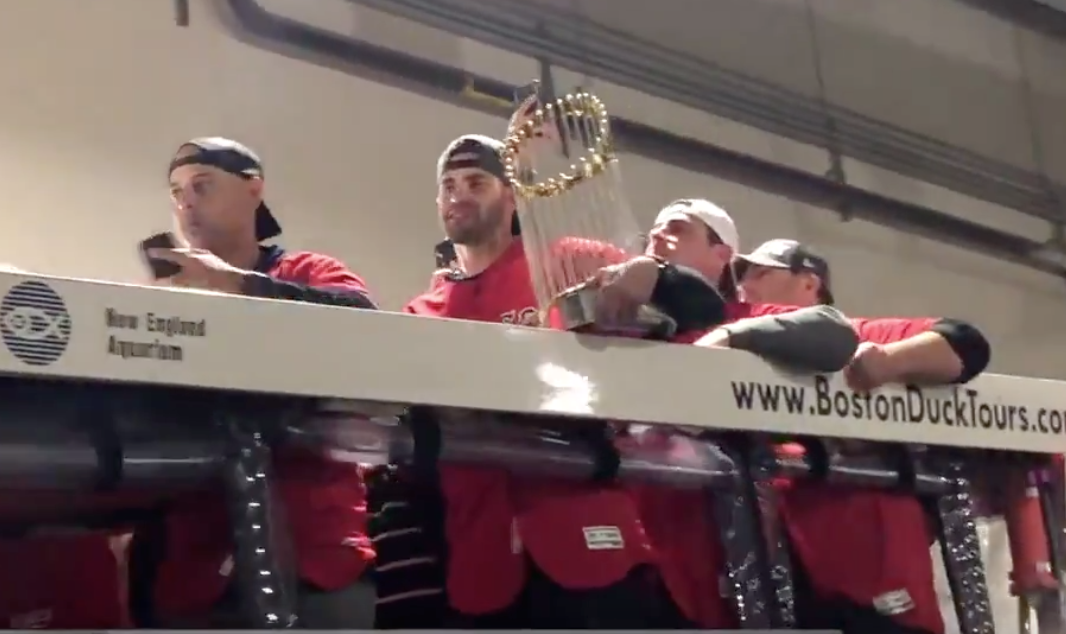 The Patriots had some friendly faces at Gillette Stadium for Sunday’s game against the Packers, and they really fired up the crowd.

A duck boat rolled onto the field before the game against the Packers kicked off, and they were carrying Red Sox players — namely JD Martinez, Brock Holt, Steve Pearce and Joe Kelly.

The Red Sox players rolled onto the field on the duck boat, holding the World Series trophy. And, as you might imagine, they received quite the ovation from Patriots fans.

It’s safe to say that none of the guys on that duck boat will never have to pay for a drink in Boston again.