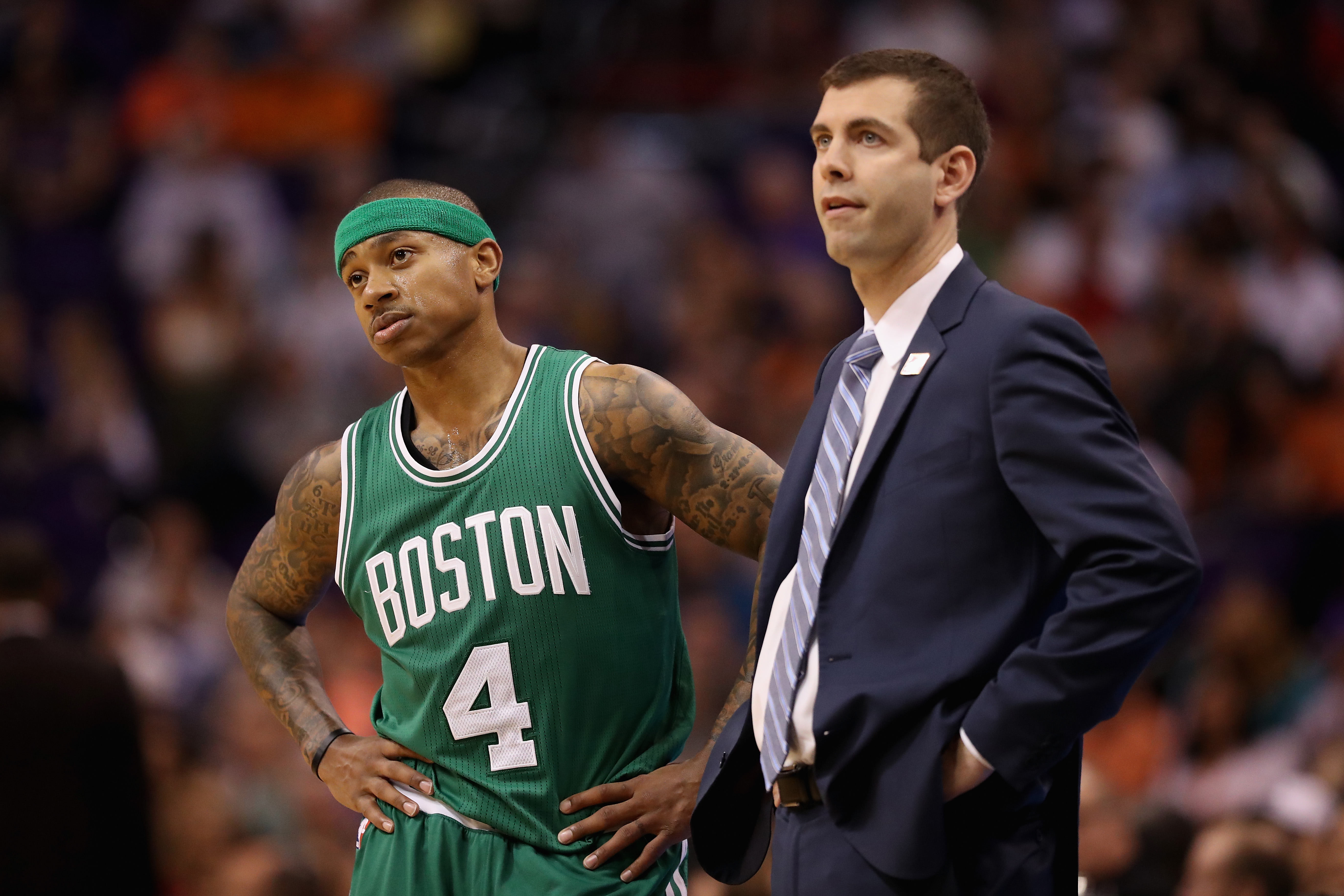 Thanks for the recruiting pitch, Isaiah. All prospective free agents should take note of how much Thomas still loves Brad.

Stevens, while expressing his admiration for Isaiah, was also realistic about the situation…

Stevens on the Isaiah Thomas trade: "These guys that cover us every day know that that was a really hard time because there was never a thought that we would possibly have traded him, and then Kyrie became available."

Stevens is in a tough spot here because he’s got to praise the guy he has and the guy who they traded.

I will forever marvel at the impact Isaiah Thomas had on the Celtics and their fans. He really helped transform the franchise in a very short time. Not only did he embody a lot of what Boston is as a city, he accelerated this rebuild by (a) being so good that the Celtics got further, more quickly than anyone anticipated and (b) playing so well that Cleveland took a trade centered around him for Kyrie. Granted the Cavs may have also had eyes on the Nets pick and Jae Crowder, but Thomas still was a key part of that deal.

Anyway, it’s good to see the mutual admiration will seemingly exist forever between these two. I wasn’t kidding when I said it’s a hell of a recruiting pitch. A lot of players feel like Danny Ainge did Isaiah a little dirty with the trade, but they still see Thomas have love for the coach he used to play for. I don’t know how much that means overall, but it means something.