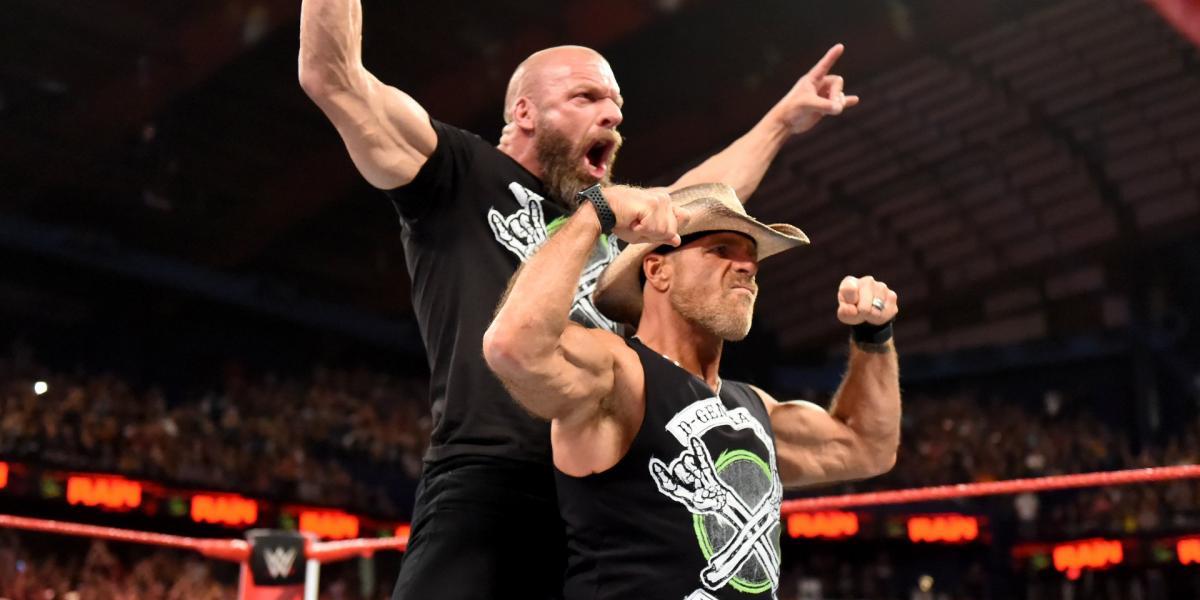 The inaugural WWE Crown Jewel PPV was headlined by the highly anticipated reunion of DX, when Triple H and Shawn Michaels teamed up to defeat The Brothers of Destruction, The Undertaker and Kane.

Despite DX picking up the win in the match, The Game suffered a possibly torn pectoral muscle, which at last word, is being evaluated by WWE. Triple H flew home immediately after the Crown Jewel event and his prognosis is currently unknown.

In an update on the current Triple H situation, Dave Meltzer noted on the most recent episode of Wrestling Observer Radio that WrestleMania 35 plans might be in jeopardy should The Game require surgery for his injury.

“He’s probably having surgery,” explained Meltzer. “If it is a torn pec and he’s having surgery, he’s out of WrestleMania, which means that the Batista – Triple H match, which was the main event on that show, I mean you gotta change your plans. Orton, yeah. If Batista wants to do it, I guess Orton would be the guy, and it’ll probably be a better match now,” Meltzer added.

WWE planted the seeds for a possible Triple H vs Batista match at last month’s Smackdown 1,000 special, when The Animal made his WWE TV return and reminded his Evolution partner that he has yet to defeat him in a singles match in WWE.

Should Triple H require surgery sidelining him from WrestleMania 35, it will be interesting to see whether or not Batista returns to WWE for a different match. The Guardians of the Galaxy star has publicly claimed in past interviews that the “farewell” match and feud he wants before he officially calls it quits on his pro wrestling career is against Triple H.

Should Triple H be ruled out for WrestleMania 35 and Batista is not interested in a different opponent, Batista’s return to a WWE ring could be delayed until 2020 and WrestleMania 36.

If any of the above quotes are used, please be sure to h/t The Floor Seat for the transcription.

Updated on 11/6: Following the initial publishing of this article, Triple H announced on Twitter he will, in fact, be undergoing surgery:

Surgery in the AM…
…makes you stronger. pic.twitter.com/7jB0YS4Ykf